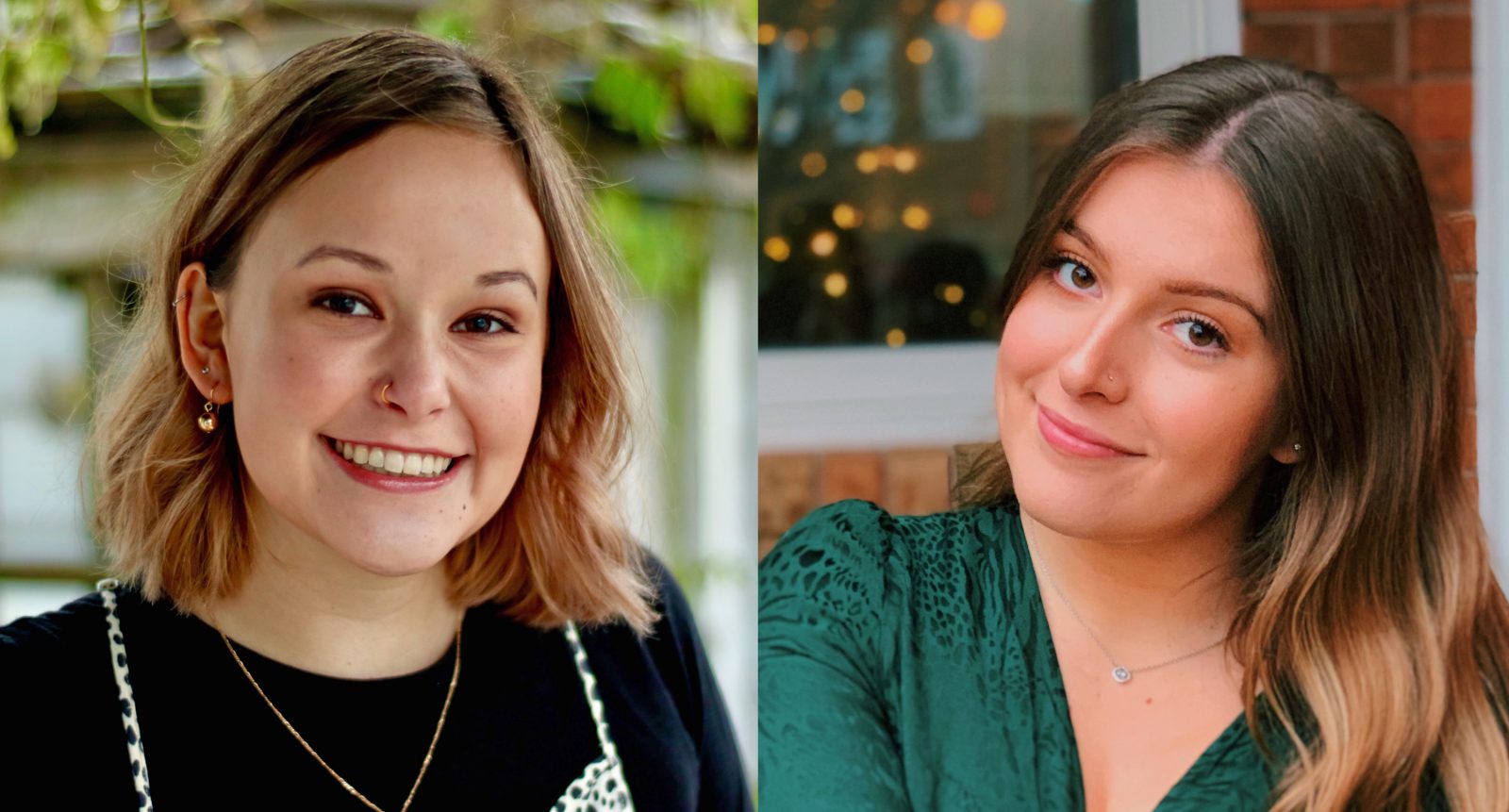 The winning duo at this year’s Grant Dobson Case Competition left the judges impressed by their social media savvy but also shocked the Brock students had never met in person.

Gracelyn Blundell, a Psychology major, and Danielle Hynes, from the Business Administration (Marketing) program, formed their partnership and tackled the competition the same way — online.

The case competition, hosted by the Department of Communication, Popular Culture and Film in conjunction with the Terry O’Malley Lecture in Marketing and Advertising, moved to a virtual format this year for the first time in its history. However, students still teamed up to pitch a panel of marketing professionals in hopes of making a lasting impression.

Earlier this fall, students were invited to review a case study on digital marketing targeting Generation Z and develop a creative campaign focused on increasing brand engagement on the social media platform TikTok.

After an initial round of competition, three finalist teams were selected to create video pitches and then face a live virtual question-and-answer session with a panel of industry judges on Thursday, Nov. 19.

Competitors embraced the online challenge and found the personal bonds they forged and strengthened were just as significant as the industry connections they made.

Blundell and Hynes, likely the first team in the competition’s history to have never met face-to-face, opted to join forces during a casual Microsoft Teams chat while they were both working remotely from home as Co-op Career Leaders for Brock’s Co-op Education.

“Gracelyn mentioned the Dobson case to me and our other coworkers through a quick message and this sparked my memory of an email I received from one of my professors about the case brief,” Hynes says.

Blundell says the message in the group chat was “a shot in the dark,” but that it quickly became evident that she and Hynes were going to form a great partnership.

“As soon as we started working on it, I knew it was meant to be,” says Blundell. “We’ve never met in person, but we are such great collaborators and now really good friends. It’s been really assuring to know that you can develop good connections virtually.”

Hynes says the experience is proof that people can do anything they put their minds to.

“I was a little nervous taking part in the competition at first and wondered how it would be collaborating with someone I had never met and how our learning styles would complement each other,” she says. “However, with our enthusiasm and determination, the whole experience was so seamless and so much fun.”

They agreed their new friendship was the best part of the experience — though placing first was also highly rewarding for both.

“The judges were so thoughtful in their comments and it was such a confidence booster,” Blundell says. “I signed up to do it for fun, but it’s ended up being such a transformational experience and made me reconsider what I want to do in the future.”

Jacqueline Botterill, Associate Professor in the Department of Communication, Popular Culture and Film, has been one of the case competition’s organizers for several years. She calls this cohort of competitors “remarkable” for the way they “juggled online learning, part-time jobs and full-time social distancing along with the demands of the Dobson case.”

Botterill reviewed the videos and was present for the live session, which saw finalists pitch to a panel of judges including:

“To call this year’s finalist teams ‘resourceful’ is an understatement,” Botterill says. “Teams met the added challenge of video recording their creative campaigns with tenacity and handled the Q&A session with four industry judges with aplomb.”

Terry O’Malley and Barbara Wilson were guests at the live session, as was marketing and advertising consultant Mark Smyka, who selected Blundell as the recipient of the Mark Smyka Best Presenter Award. Blundell describes the moment as “such an honour” after bring chosen by the award’s namesake.

Third-place finisher Hayden Maass, a Business Economics student, competed with Rebecca McCormick, a Child and Youth Studies major. He says the experience gave him insight into how virtual communication works and how people in different fields communicate.

“The takeaway I see as providing the most value in my future is absolutely the gained experience with virtual communication, virtual collaboration and communication failure when face-to-face collaboration is not possible,” he says. “It’s very interesting to observe how individuals from different professions and different industries communicate, and I will always carry that knowledge forward when completing different tasks, whether they are in an academic setting or a professional setting.”

The teammates, who placed second in the competition, were excited to work together and also enjoyed having an excuse to call each other every day, according to Chumber. But finding a peaceful time to focus on the competition wasn’t easy.

“Since I have moved back home to live with my family, it’s always a challenge finding time when the house was quiet,” she says. “I also work and have an internship, a full course load and several other commitments, so time was always an issue — a lot of the time, I was filming at 2 or 3 a.m.”

Interns from the department’s experiential education course also dedicated time to supporting the live session. They include: Megan Hettinga and Bhavy Shanker acting as emcees, Daniel Ikhagbode troubleshooting the technology, and Kyla Davidson working behind the scenes to document and promote the event. Volunteers Mackenzie Rockbrune and Olivia Ethier from the CPCF Student Society also helped cover the event on social media.