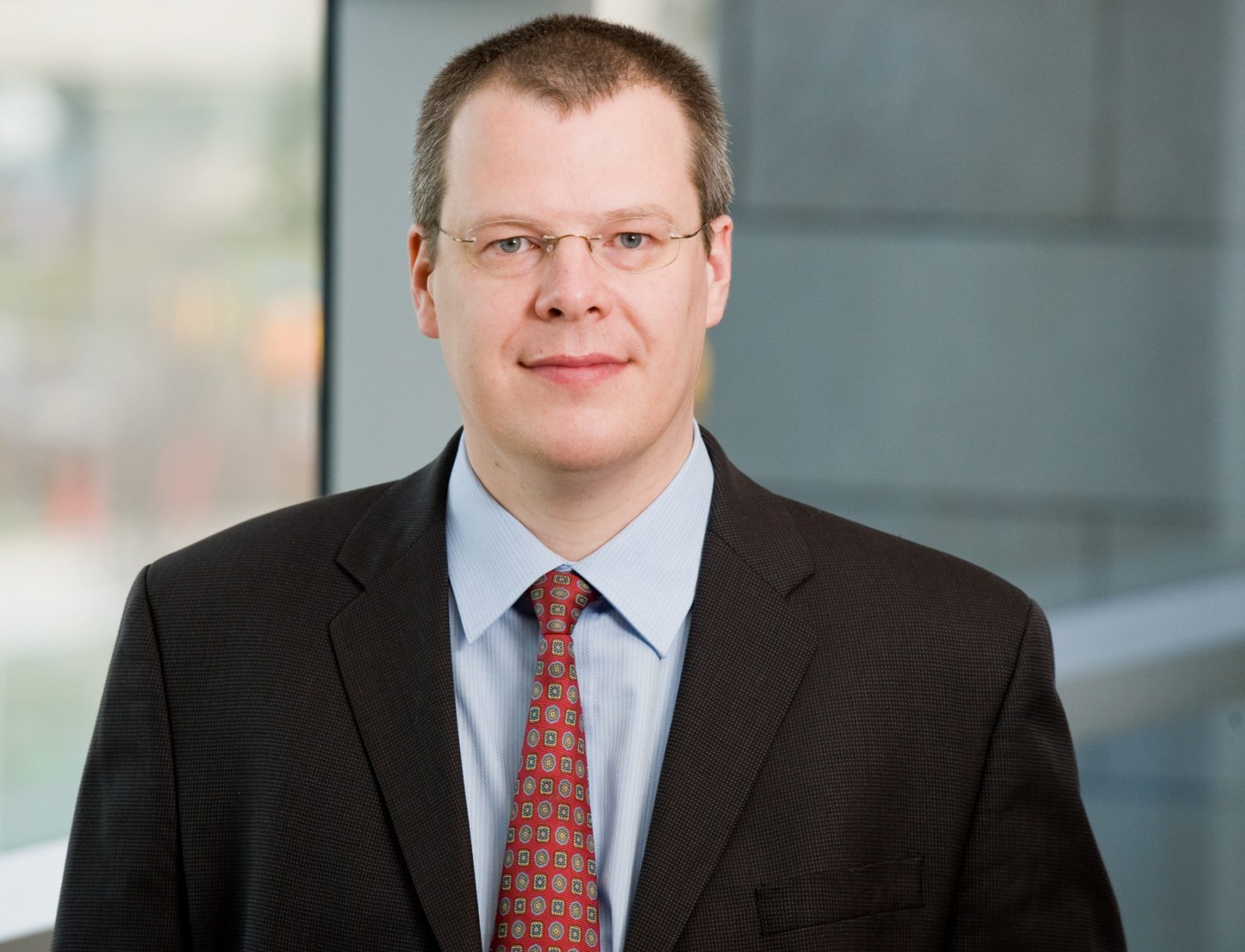 What it is, its drivers and outcomes, the role of education in entrepreneurship and the entrepreneurial spirit of individuals within an organization — these are just some of the areas of interest for the Professor of Management in Brock’s Goodman School of Business.

It’s those enterprising efforts when it comes to researching and understanding entrepreneurship that have led to De Clercq being named the School’s Distinguished Scholar of the Year.

It’s the second time De Clercq, who has published more than 100 peer-reviewed journal articles, has received the honour. He was the first Goodman researcher to earn the accolades when the award was launched in 2014.

“I was happy, of course — honoured and grateful for the award,” De Clercq said.

He was also quick to share credit, noting his research and ensuing recognition are helped along by the support he receives from Goodman, including through grants.

“But also the collaboration with different colleagues,” De Clercq added. “That gives me energy. It’s enjoyable (to work with others) both inside and outside of the school.”

Some of De Clercq’s most recent work includes examining why employees within Canadian banking and financial organizations engage in change-oriented behaviour. Everything ranging from a person’s social interactions with colleagues and the level of trust between them to conflict at home and the support employees receive to deal with issues can all affect individually motivated, positive change in a workplace, he found.

De Clercq has also worked on a study that looks extensively at women entrepreneurs and their difficulties balancing work and family expectations. The study, which was done with two colleagues from other universities, used secondary data from countries across the globe to understand the female entrepreneur paradox of increased flexibility and stress.

De Clercq and his research partners found that the more women entrepreneurs experience an imbalance between work and home life, the less satisfaction they derive from running their own businesses.

The study also identified broader cultural and institutional factors that can diminish the issue; for example, greater support from government and education institutions for women entrepreneurs in the workplace and at home. Such support would make it more likely for women entrepreneurs to manage the stress of both worlds and be successful running their own companies.

De Clercq’s body of work in entrepreneurship is extensive. He’s one of 100,000 most cited academic authors in the world, ranked in a database published by PLOS Biology.

After his studies in engineering and general management, he took a job as a research assistant on a project about the role of education in entrepreneurship in his native Belgium.

“From this study, I got excited about entrepreneurship in general,” he said. “From there, I did my doctorate in the United States and got even more excited about it.”

Being named Goodman’s Distinguished Scholar for 2020 reinforces that passion for the topic, he added.

“It’s recognition of what I’ve been doing the last six years,” De Clercq said. “These awards, in general, are nice stimulus for Goodman researchers.”