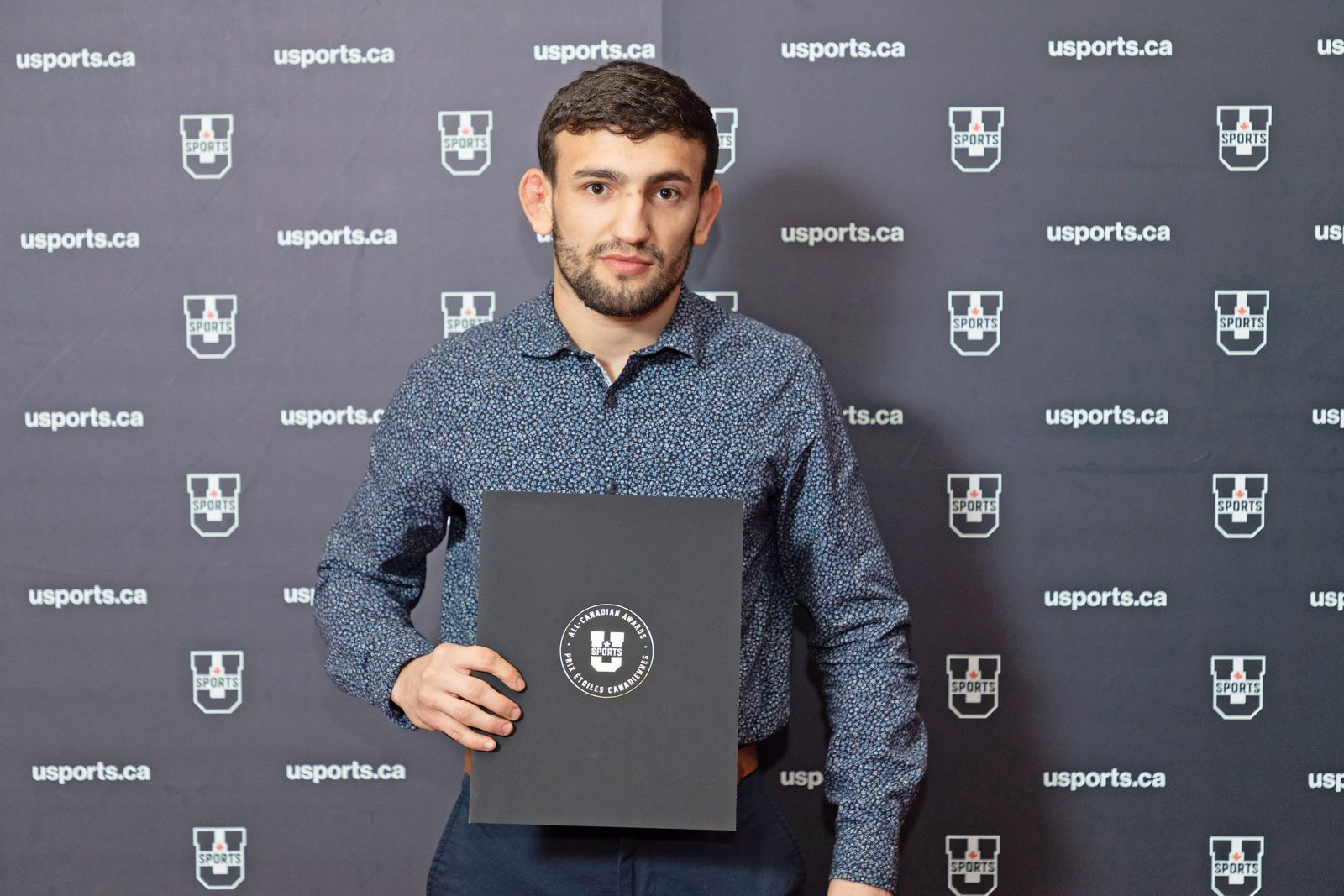 Brock Badgers wrestler Ligrit Sadiku will graduate with a Kinesiology degree on Friday, Oct. 16 and looks to make the Canadian Olympic wrestling team.

As he prepares for two milestones in his life, all of Ligrit Sadiku’s hard work is about to pay off.

On Friday, Oct. 16, the Brock University wrestler will graduate with a degree in Kinesiology during Virtual Fall Convocation.

Not long after, he will get his shot at qualifying for the 2020 Summer Olympics, which are slated to start in July 2021 after being postponed due to the COVID-19 pandemic.

Sadiku said the discipline, work ethic and adversity he’s faced as a student-athlete will serve him well in the future.

“Being a student-athlete is not easy. Managing academics as well as competing at the highest level in a sport like wrestling is no easy task,” he said. “The experience I’ve gained that comes along with this lifestyle will allow me to achieve many goals in the working world and keep me resilient to face any adversity or setbacks that come along with it.”

In a glass-half-full view of the pandemic, the situation has given Sadiku more time to prepare in order to reach his dreams. The original qualification tournament was postponed over the summer, so the World Olympic Games Qualifier will now take place April 29 to May 02, 2021 in Sofia, Bulgaria.

The competition is being held close to Sadiku’s homeland. 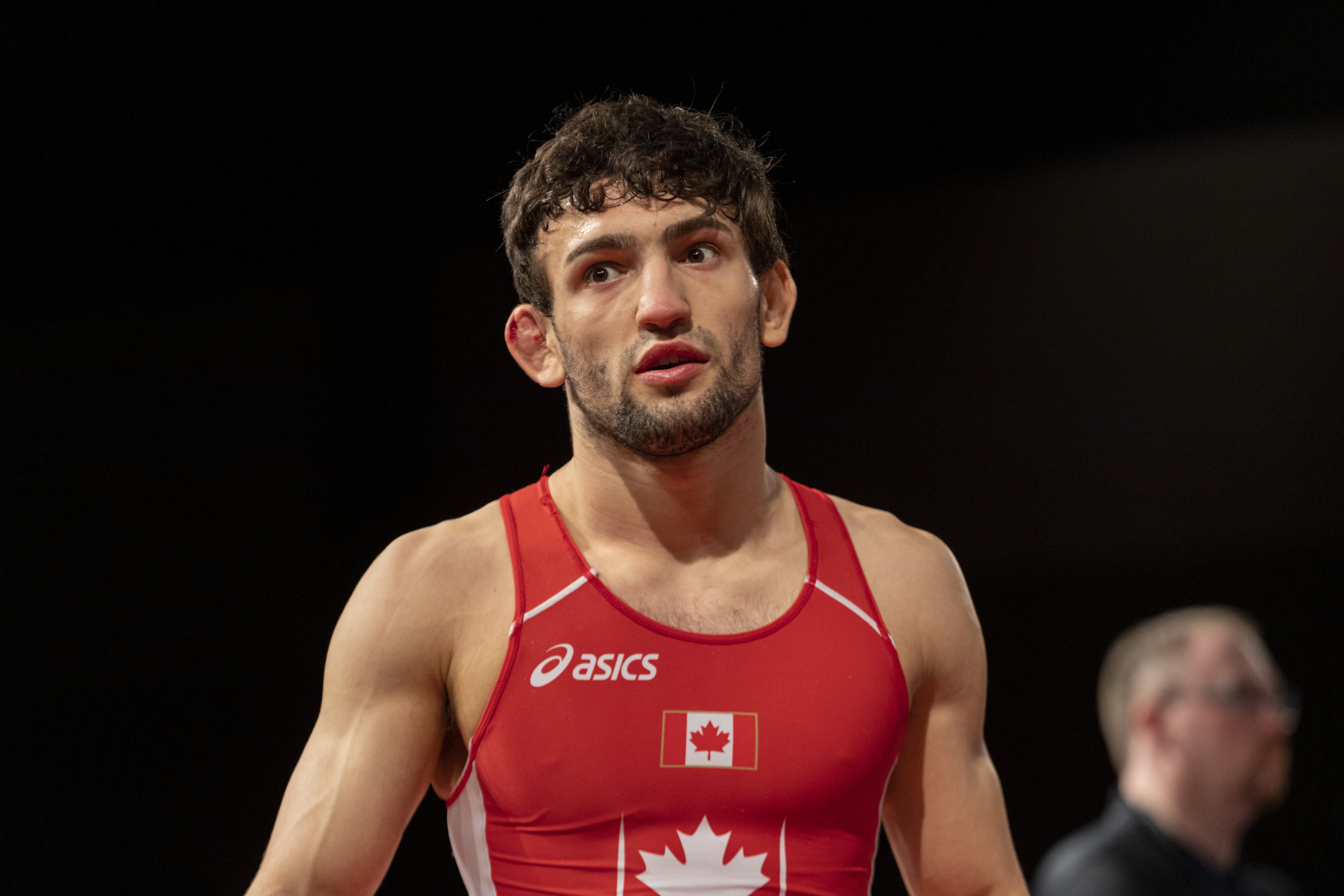 Sadiku won his third-consecutive U SPORTS gold medal during the wrestling championships held at Brock in February.

Sadiku was born in Kosovo, but grew up in Summerside, PEI when his family moved there when he was a child. He is proud of his Albanian heritage and attributed his work ethic to his parents.

“They taught me the value of hard work not only wrestling, but in life after my wrestling career as well,” he said.

That hard work paid off last season as Sadiku enjoyed a whirlwind of success on the mat.

In March, he won his third-consecutive U SPORTS national wrestling gold medal and helped the Badgers capture their seventh-straight men’s title.

“Ligrit is a very intelligent wrestler and you’re seeing that in his most recent results. He has great timing and counter wrestling,” said Brock wrestling coach Chris Prickett. “Over the past few years, he has become a team leader and a role model for our younger athletes.”

Sadiku also competed in the Canadian Wrestling Trials in Niagara Falls last December and earned a spot on Canada’s squad for the 2020 Pan-American Olympic Qualification Tournament in Ottawa.

“This year was a huge leap for me in my wrestling career because of my Olympic trials performance,” Sadiku said. “It showed me that I am capable of competing and beating the top wrestlers in the country, as well as around the world.

“The year has definitely been the best year in my career, and that motivates me even more because I know that I am capable of achieving even more success in the sport moving forward.”

Sadiku first gave wrestling a shot while in high school in Summerside and joined a local club — Wolfpack Wrestling — soon after.

“I quickly fell in love with the sport and wanted to excel in it,” he said.

“Each and every one of them have been very supportive and strive to bring out the best in me,” said Sadiku. “They pushed me to succeed and believe in myself, so that I can the best I can be in the sport.”

In his first year of university wrestling, Sadiku was named the 2015-16 Canadian Interuniversity Sport Rookie of the Year as a member of the Western Mustangs. He transferred to Brock the following season.

“Ligrit’s talent and work ethic were evident the moment we met him,” said Prickett.

He ultimately chose to attend Brock because of the tremendous number of successful wrestlers that have come out of the University.

“This is mostly due to the excellent coaching staff and the many tough partners available to train with on the Brock team,” Sadiku said. “The school itself is also great for student-athletes as they are always supporting us and helping us achieve our goals. I would describe the brock room to an outsider as a very tough room that will reward you in the future if you are willing to put the work in.”