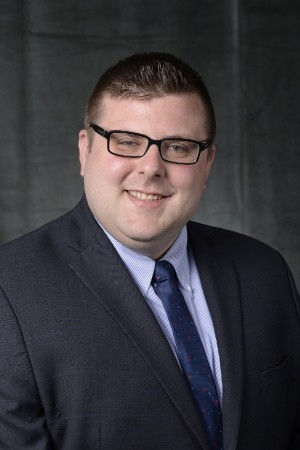 Phillip Gingras started his new role as the Executive Director of the Brock LINC Monday, June 8.

Phillip Gingras is hoping to help make a positive impact on the Niagara community as he starts his new interim role at the helm of the Brock LINC.

The LINC, which stands for Learn, Innovate, Network and Collaborate, is a research, teaching and networking facility housed in the Rankin Family Pavilion at the base of Schmon Tower.

Since the grand opening of the Brock LINC in February, Farzana Crocco has been leading the centre as its inaugural Executive Director. Crocco is now passing that role over to Gingras for the next year as she takes a maternity leave.

Gingras brings along extensive experience and excitement for the many opportunities that come with the role.

“I am thrilled to be joining Brock LINC,” said Gingras. “I believe that LINC is the model that will become the standard in education, creating open, innovative spaces for students, researchers and entrepreneurs to share and collaborate on ideas that will have a positive impact on our communities. By creating the drivers for growth, Brock will take leadership in the economic development of the Niagara region. I couldn’t be more proud to join Brock and work on this initiative.”

Gingras is joining Brock from the University of Guelph, where he was the manager of Strategic Projects in the College of Social and Applied Human Sciences. Previously, he worked at Ryerson University as manager of Executive and Corporate Education, and at the Canadian Business College as an academic advisor and international program administrator. He has earned degrees in both Philosophy and Anthropology, as well as an MBA from the Schulich School of Business.

The $19-million Brock LINC project was first announced in 2016 and was created with funding from the federal and provincial governments, the University and donations from community partners.

Brock LINC is a 41,000-square-foot facility filled with networking spaces, labs for digital scholarship and virtual reality research, entrepreneurial space, a new Makerspace to design, build and prototype, and offices and labs for research, teaching and learning.