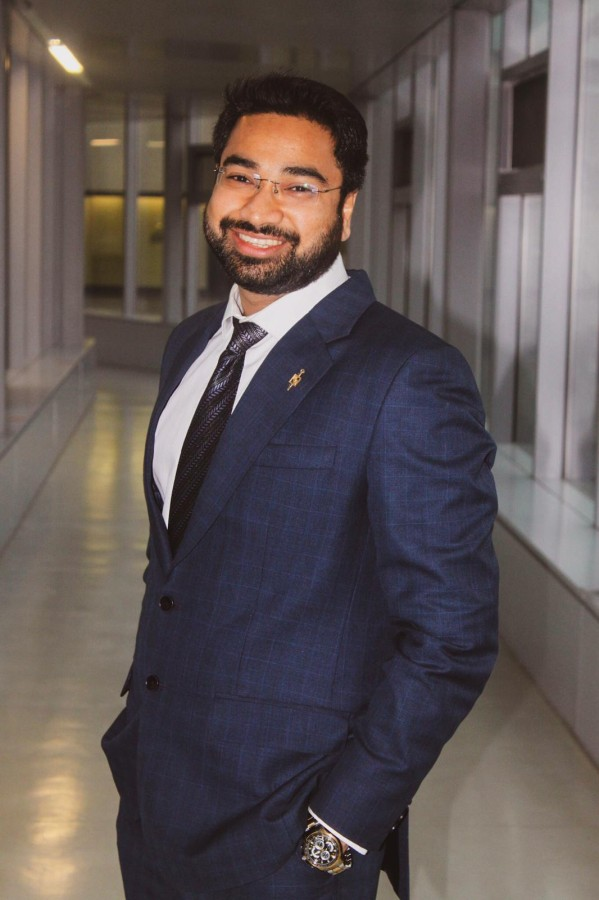 Puneet Rastogi took a Co-op Master of Business Administration program to achieve his dream of working for one of Canada’s big five banks.

Puneet Rastogi has reached his goal.

Having come to Canada with his sights set on a graduate degree and a job in the country’s financial industry, the 33-year-old master of Business Administration (MBA) graduand will have achieved both by Friday, June 19 thanks to his co-op studies and Brock University’s Virtual Spring Convocation.

After finishing his undergraduate studies at India’s University of Mumbai in software engineering, Rastogi spend a decade working in the city, but eventually he realized his passions lay elsewhere.

Drawn by the affordability of the Goodman School of Business’ renowned MBA program and the tranquility of living in Niagara, Rastogi and his wife made the life-altering decision to leave their home and families behind to pursue his dream at Brock.

To better prepare himself for the Canadian job market, Rastogi knew he would need to learn about some of the ins and outs of the Canadian workplace.

“The work-life balance in Canada is different from India, and those things matter,” he said.

To ensure he was ready to immediately transfer the skills he had learned in his MBA studies to the workplace, Rastogi enrolled in co-op to gain first-hand experience before he graduated.

“My co-op work term was a way to dip my toe in the water,” he said. “It’s really helpful for students who don’t have that experience and want to understand if this industry is right for them. It gives a buffer space to test the industry and see how your life would be.”

But before he earned his place, Rastogi also needed to rely on lessons he learned from the co-op team to get his foot in the door.

“In India, a resumé can be dense, but I learned that in Canada it should be limited to two pages,” he said. “Without that type of insight, and the constant support I received from the co-op team, I would have had a much tougher time landing the position I wanted.”

With encouragement and motivation from Associate Director of Co-op Education Julia Zhu and Manager of Employer Relations and Special Initiatives Dana Tonus, as well as tailored mock interviews from Talent Performance Consultant Andrew Bassingthwaite to prepare, Rastogi was able to secure a work term with RBC, where he excelled and was subsequently hired full-time as a Manager, Performance Management.

“It’s a really good start,” he said. “I wanted to work for one of the big five banks, and to work in financial analysis and I have achieved both. My job is a perfect match for my skillset and a dream start to my career.”

As that career begins in Toronto and Convocation ends his time at Brock, Rastogi has many fond memories of his time in Niagara.

“I miss Brock already,” he said. “I loved the small-town feel of living in Niagara. It was always nice to see familiar faces around Brock and it really felt like home. I’ll miss being at school but also going to the gym and playing soccer with friends I met. Coming from a city of 20 million people like Mumbai allowed me to feel a lot of peace and serenity while living in St. Catharines.”

As he prepares to participate in Virtual Convocation with his wife by his side, Rastogi is thankful the University is recognizing graduates while physical distancing regulations remain in effect.

“I really appreciate that they are taking time to celebrate us during such unprecedented times,” he said. “The focused approach for each student in the online portal is a great personal touch and reminds me of the way Brock always puts students first.”

With his degree in the mail along with a personalized Convocation package, Rastogi hopes others will choose co-op studies as a means to fast-track their careers so they can get the jobs they want after graduation.

“My co-op studies gave me a sense of the real world and allowed me to make a difference from the first day I was on the job,” he said. “My co-op training is the reason I have made it to where I am today, and I have Brock to thank for that.”