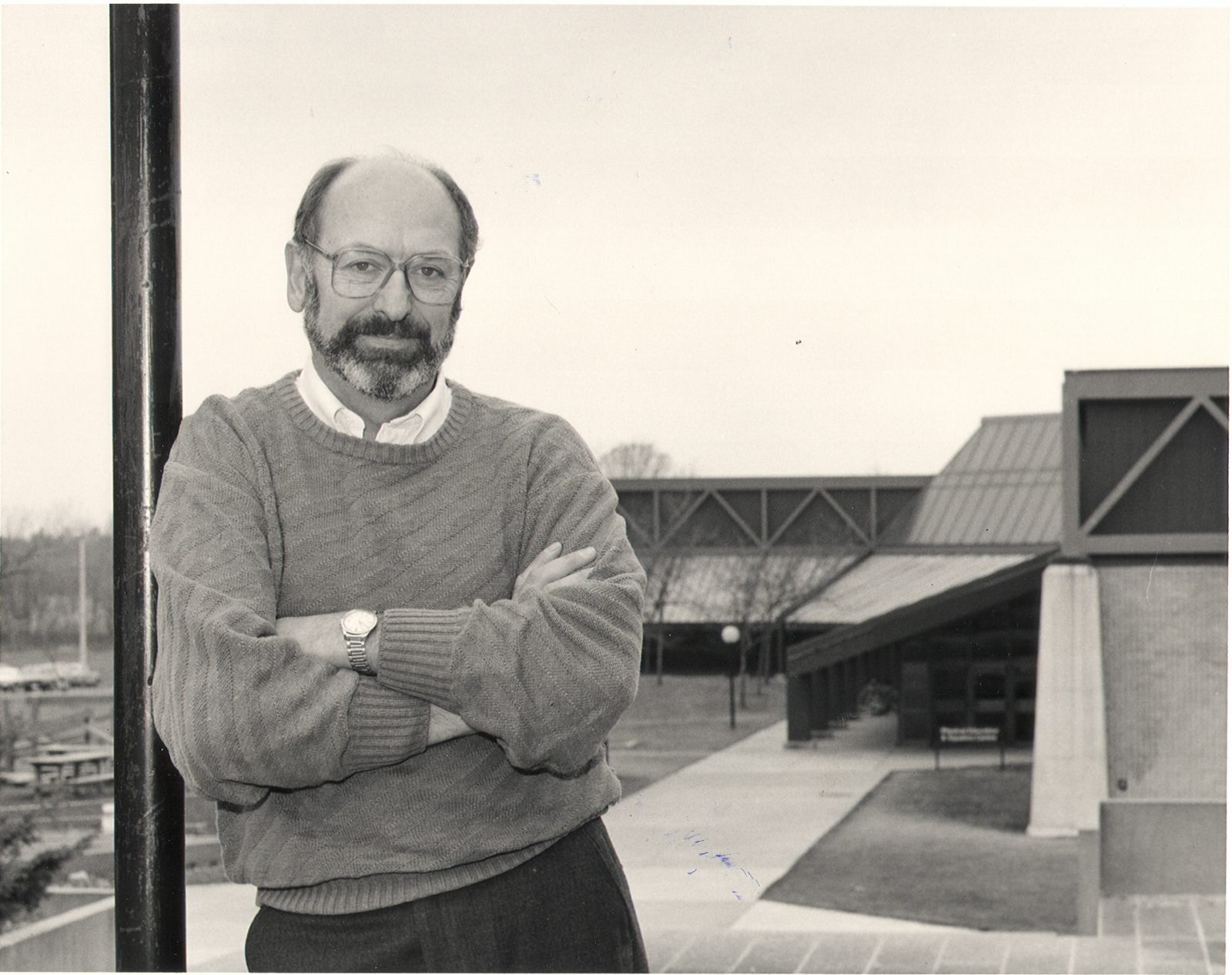 One of Brock University’s most prolific figures, Arnie Lowenberger, has passed away.

Lowenberger came to Brock in 1967, where he became influential in building a master plan for the development of the Physical Education and Recreation Program, the only one of its kind in Canada at that time. He was also a leader in developing Brock’s Athletic and Recreation Facilities.

Lowenberger was part of many Brock firsts. He was the first Dean of Students, established the first Student Health Services and assisted in founding the first incarnation of the Department of Residences, which housed students in townhouses on Glenridge Avenue. He was also a member of the OUAA executive and was an executive member with the Amateur Athletic Union of Canada.

Lowenberger worked in a variety of roles at Brock, including:

Brock President Gervan Fearon said the University is indebted to and proud of Lowenberger as a builder of the institution.

“Dr. Lowenberger was instrumental in contributing to the foundation of Brock University, and today we are the recipient of his dedication and vision,” said Fearon. “We are deeply saddened by his passing, but his contributions and legacy are to be celebrated.”

Anna Lathrop, Vice-Provost, Teaching, Learning and Student Success, had a close connection, both as a young professor and as a family friend.

Lorne Adams, who spent 40 years at the University as a faculty member, athletic director and coach, echoes Lathrop’s illustration of Lowenberger, calling him a “visionary and builder.”

“It was he who had the foresight to have two large gymnasiums built,” said Adams. “He was the instigator and leading force behind Brock getting a swimming pool. He was a tremendously welcoming, friendly person who was loved by his students. He was a great person to work for and with.”

Nancy Francis, Professor in the Department of Kinesiology, calls Lowenberger the “best joke teller on the planet,” noting that his love for his children, Tim and Monica, was “as deep as an ocean. His wife, Vicki, was the shining star in his life.”

She still remembers applying to teach in the School of Physical Education at Brock.

“It was 1978 and I was completing my master’s degree at the University of Oregon, where Arnie completed his PhD,” said Francis. “He phoned me at 5 a.m., and having much in common — and typical of ‘Chatty Arnie,’ who could talk about absolutely everything — it was only after a fairly long period of time that I realized I was being interviewed for the position.”

Like so many quintessential Canadian country kids, the outdoors and hockey played a significant role in Lowenberger’s childhood.

Growing up on a dairy farm in Saskatchewan, his mother would pack his lunch every Saturday morning before he embarked on a more than three-kilometre trek in the early morning Prairie darkness to play hockey on a frozen lake. Nearby, men would fish in their fishing huts with fires nearby to stay warm.

“He’d sit in their hut to get warm while eating his lunch, and then play hockey again until it was too dark to see the puck,” said Francis. “Then he’d go home.”

Another story Lowenberger loved to tell was rising before the sun at the request of his mother, who told him to put on a suit before piling the family into the car for a two-hour drive to Regina so they could wave at the Queen when she passed by on the train.

“The most obvious characteristic of Arnie was that when he was Dean of Students at Brock, he had a fantastic vision that the foundation for the Physical Education program at Brock would be children’s movement education,” said Francis. “He consulted the most influential and insightful people of the time to advise him on the curriculum, which was innovative and progressive. His mark upon that curriculum is heralded still today.”

In 2004, the University commemorated his legacy by naming a residence after him. Speaking at the ceremony to officially open the Arnie Lowenberger Residence, he called it a “humbling experience.”

“It’s really quite a building,” said Lowenberger. “All I can say is thank you to the University and to the Board of Trustees for conferring this honour on me. I was so surprised when it happened, and extremely pleased, because Brock has been part of me as long as I have been part of it.”

Bob Davis, for whom the University’s Bob Davis Gymnasium is named, met Lowenberger in their home province of Saskatchewan, and later attended the University of Oregon at the same time.

“When Arnie came to Brock, he remembered me,” said Davis. “It’s because of him that, the year after he started, I came to the University too. He was never a boss; always a friend, and of course, incredibly athletic. I’ll miss hearing the latest joke; I’ll miss him even more.”

Lowenberger’s funeral will take place on Saturday, Feb. 29 at 11 a.m. at the St. Saviour’s Anglican Church in Queenston, Ont. Brock flags will be lowered to half-mast on the day of his funeral.