Art therapy comes to life in Honey Boy, up next at BUFS 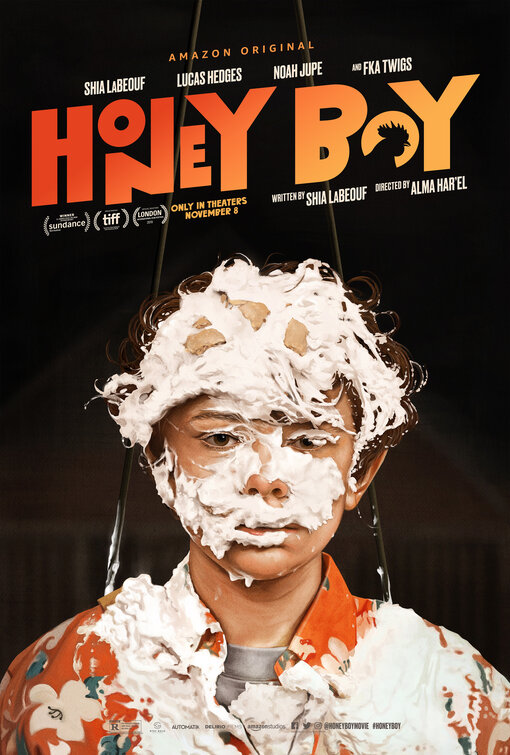 The film is based on an autobiographical screenplay by Shia LaBoeuf, written during court-ordered rehabilitation treatment. The story follows two tracks. In one, 12-year-old Otis (Noah Jupe) lives in cramped quarters with his father (played by LaBoeuf), a recovering addict and former rodeo clown who abuses his son while also taking his money. In the other, 22-year-old Otis (Lucas Hedges) has to face the music for having become the person he is as a result of this upbringing.

“Take a movie star known for indulgent, self-destructive antics on and off the set, send him to rehab, turn his therapeutic writings into a score-settling screenplay centering on his relationship with his deeply troubled father, then produce the movie — with said actor playing his own dad. What could go wrong?” asks Ann Hornaday of the Washington Post. “Well, surprise: ‘Honey Boy,’ Shia LaBeouf’s startlingly forthright, cathartic and beautifully acted movie based on his confusing and chaotic life as a child actor, winds up demonstrating what can go right when the right elements are in place.”

LaBoeuf is as well known for his brushes with the law, inappropriate remarks and allegations of plagiarism as he is for his acting. Yet the film has been a surprising success, due to strong performances, careful direction and LaBoeuf’s award-winning screenplay.