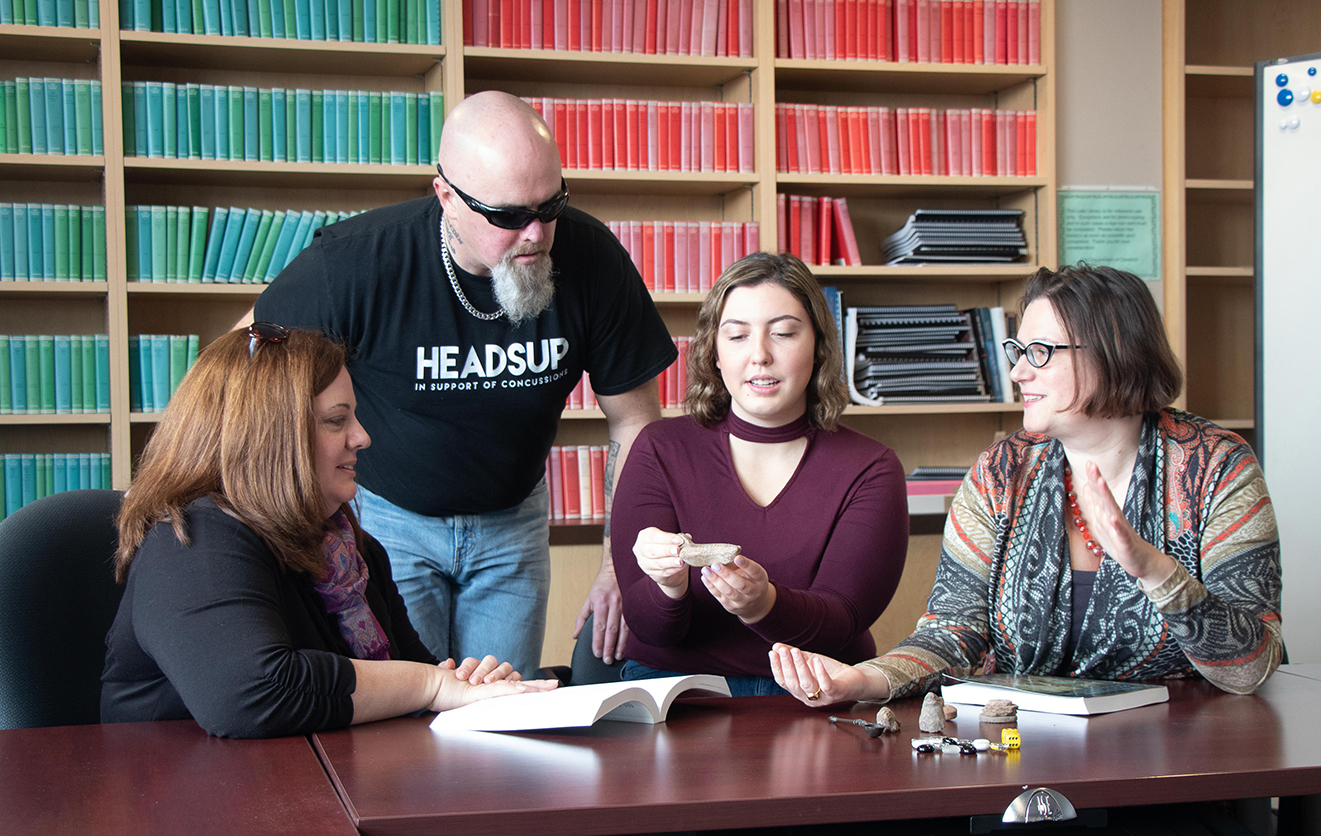 Ancient history may have a reputation for being dry, but one Brock University professor has found a way to show it is anything but.

Katharine von Stackelberg, an associate professor in the Department of Classics, noticed the difficulty students sometimes had with reading ancient sources.

This inspired her to find a more engaging way to learn about Roman history.

“The sources are dense; they’re written in a style that’s not very accessible for modern readers, but they’re absolutely essential reading to understand the impact of the arc of Roman history,” she says. “I was looking for ways to get students to engage with primary sources.”

A long-time fan of role-playing games, von Stackelberg wondered if such a game might help the 380 students in her Roman Civilization course better understand the complexities and nuances of Roman society while building relationships with their peers.

Von Stackelberg found the popular role-playing game, Reacting to the Past, pegged to elite male figures of history and major events. Wanting something that reflected the complexity of the ancient world and that would allow students to examine how things actually functioned in ancient society, von Stackelberg settled on family structure for her role-playing game.

“The game really puts into context what was happening; for example, various religious practices were reserved for various statuses and genders,” says third-year student Liz Hoffer. “You can read about it in a book or put yourself in that perspective and really understand what it meant.”

Students in each seminar were divided into three family groups (familia) and took on characters reflecting the different social levels of the ancient Roman family. Students whose character died came back as slaves or freed people, reflecting the changes that happened to the Roman family through history.

“It helped to enhance learning because you were carrying over something you were talking about in lecture into seminar, and then you were actively role playing it,” says student Leslie Czegeny. “Even though I was a slave character, I was involved in the familia’s decision making. You had to know about the other roles in your family. You couldn’t be a passive member”

Each week’s seminar dealt with a particular theme, such as the economy, religion, military or funerary practices. The familiae were faced with various challenges and had to make decisions based on what they were learning in lecture and in their readings.

“You had to be actively involved in seminar,” she says. “It was an amazing way to get to know people in your class and even lead to making new friends and meeting up outside of class.”