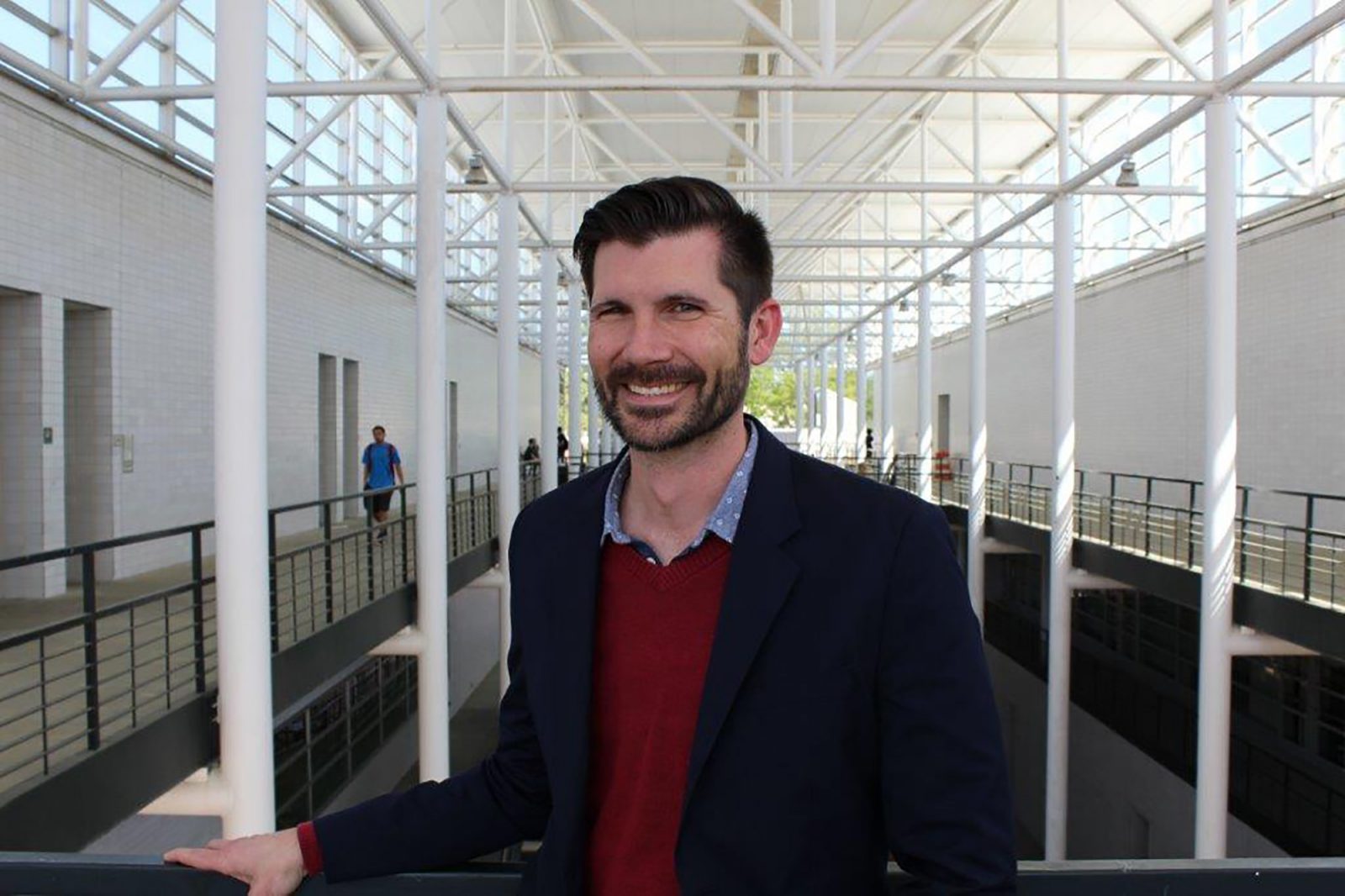 Jason Black, Professor of Communications at the University of North Carolina at Charlotte, is this year’s Fulbright Chair in Transnational Studies with the Centre for Canadian Studies.

Brock University students have the opportunity to learn about influential American and Canadian activist movements related issues such as gender, race and sexuality thanks to this year’s Fulbright Chair in Transnational Studies.

The Centre for Canadian Studies is pleased to welcome Jason Black, who researches rhetoric and discourse around social change movements, including LGBTQUIA activism.

The Canada-U.S. Fulbright Program operates on the principle of reciprocal exchange and provides the opportunity for outstanding American scholars to lecture and/or conduct research in Canada. Award recipients include prominent and promising scholars, as well as experienced professionals.

Black, who has a PhD in Rhetorical Studies from the University of Maryland, is currently a professor and chairperson of the Department of Communication Studies at the University of North Carolina at Charlotte.

“The opportunity at Brock stood out given the transnational nature of the research chair,” he says. “For someone like me looking to do mascot work across a geo-spatial line like the U.S. and Canada, it was a perfect title. Being in Ontario means I can be up to Ottawa easily to meet with Inuit Tapiriit Kanatami or to McGill University to meet with student activists there.”

While at Brock, Black will be using the Fulbright Research Chair position to work on his current book project, which compares Canadian and American mascotting practices and decolonial activism.

For Black, though, the opportunity is not just about the research proper, but the process and relationships that are built along the way.

“The fact that I get to invest in a classroom and work with share space with students of my own this semester is awesome,” says Black, who looks forward to connecting with scholars across the University as well as First Nation, Inuit and Métis communities in Ontario.

While at Brock, Black is teaching CANA 3V92: Social Activism and Culture in Canada and the United States.

“The course is really about the primary sources — manifestos, films, songs, poems and symbolic expressions that come from people who were activists in particular contexts,” says Black.

“The Fulbright chair provides an excellent opportunity for Canadian Studies students to engage with complex issues that bridge the relationship between Canada and the United States, permitting explorations of commonalities and differences,” says Dan Malleck, Director of the Centre for Canadian Studies and Associate Professor in Health Sciences.

“I look forward to the positive effect Jason’s work with our students will have on their outlook and on the program as a whole.”

The Centre for Canadian Studies is an interdisciplinary centre involving professors and students from disciplines such as History, English Language and Literature, Modern Languages, Geography, Popular Culture and Film, Dramatic Arts, Visual Arts, Political Science, Sociology and Economics, among others.

Black will give a public talk in March and will travel to other universities for speaking engagements.