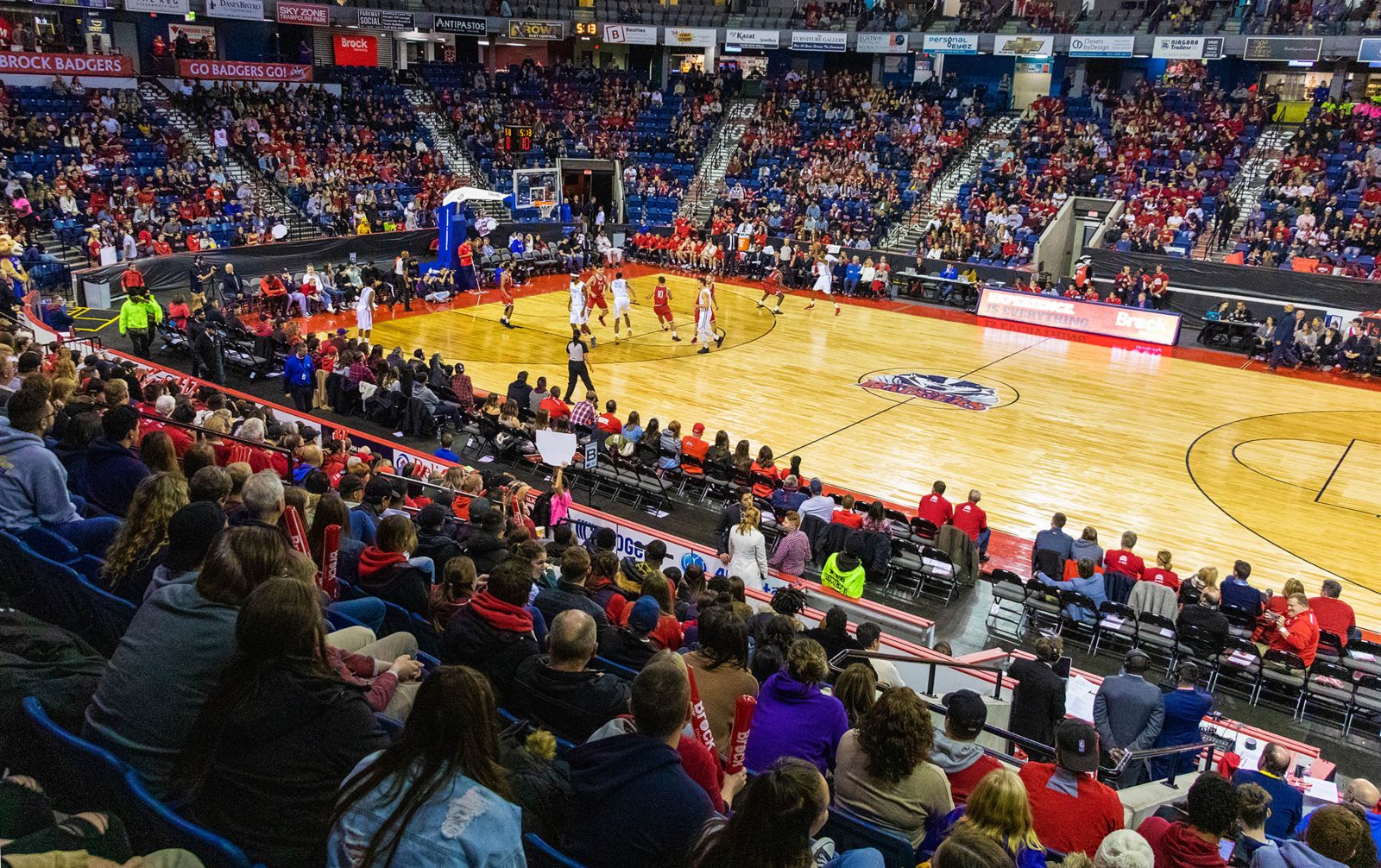 The Brock Badgers basketball teams are ready to Paint the Meridian Red when they clash with the Toronto Varsity Blues in a community event at the Meridian Centre in downtown St. Catharines on Saturday, Jan. 11.

The women’s and men’s basketball teams will host a doubleheader versus the Varsity Blues at the Meridian Centre for a fifth-consecutive season as the women’s game tips off at 6 p.m. with the men to follow at 8 p.m.

Ranked No. 8 in the country, the Brock women’s team is enjoying a standout season. They sport a 9-1 record and sit first in the Ontario University Athletics (OUA) Central Division. Toronto comes into the game with a 2-8 record and will be fighting hard to salvage their season.

Brock entered the holiday break on a high note with an 82-80 win over the defending national champion McMaster Marauders in Hamilton to extend their win streak to six games. 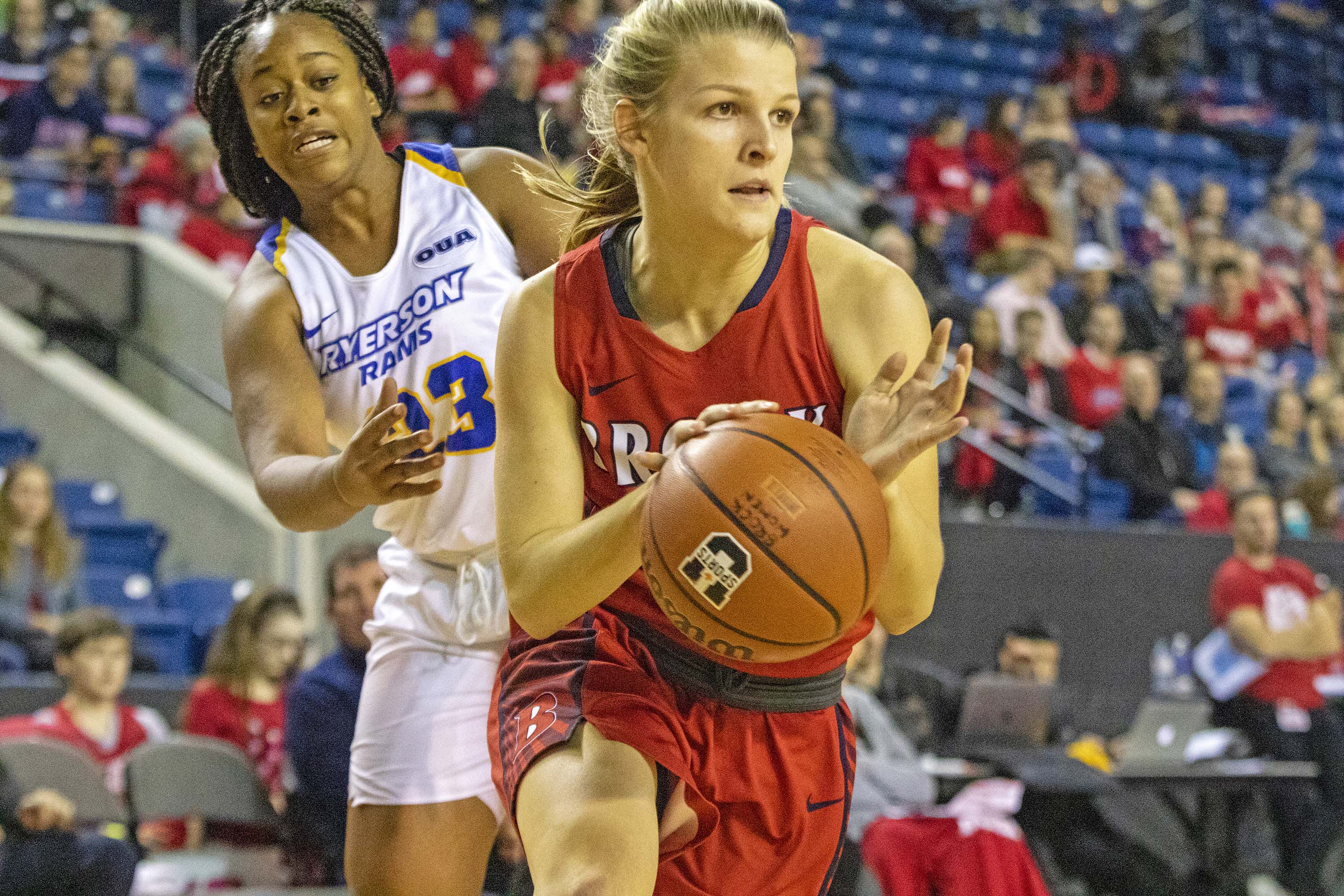 Junior guard Kristin Gallant of the Brock women’s basketball team slips by a defender during an OUA regular season game at the Meridian Centre in downtown St. Catharines in 2018.

“We’ve been going so strong this year and we couldn’t stop that now,” said third-year guard Kristin Gallant.

Tatti leads the province with 6.6 assists per game and is fifth with 15.9 points per game.

Meanwhile, the men’s contest is shaping up to be a grudge match. The Badgers (5-5) are third in the Central Division while the Blues (4-6) sit fifth.

In November, the Varsity Blues picked up their first win of the season at the expense of the then nationally-ranked Badgers by a score of 70-66.

Brock has since become one of the most disciplined teams in the league with only 11.4 turnovers per game and are among the league leaders in team defence. Both teams are strong in the paint, however Toronto will have to contend with senior forward Daniel Cayer, who is second in the OUA with 11.1 rebounds per game.

“The Niagara basketball community has so much potential,” said Manigat. “Hopefully in coming to the game, many more kids in Niagara will grow and aspire to one day play in this same venue and on this stage. I remember that for myself it was games like this that made me want to take basketball seriously.”

Tickets for the game are $15 for adults and $10 for students, seniors and youth. Limited courtside seats are also available for $25. All tickets can be purchased on Ticketmaster.ca