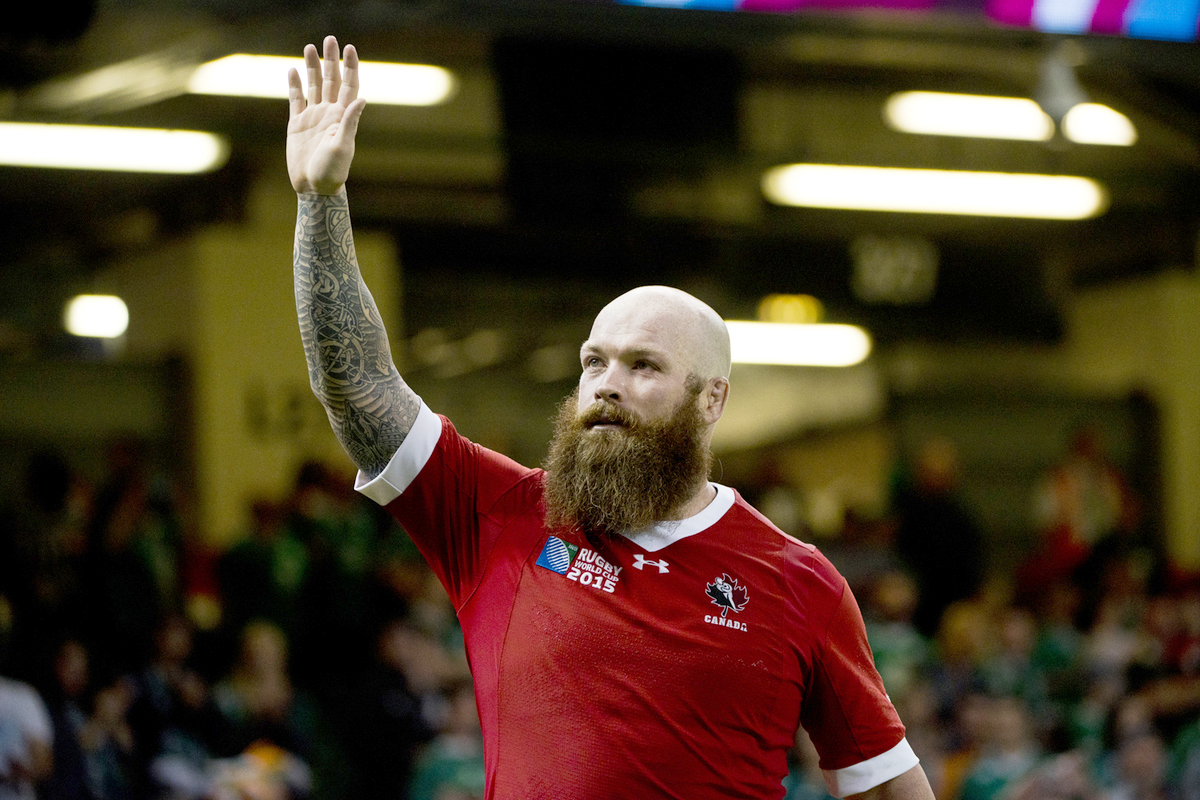 Brock University graduate Ray Barkwill is a three-time Canadian Rugby Championship winner. He will be inducted into the Niagara Falls Sports Wall of Fame at the Gale Centre on Sunday, Jan. 26.

A rugby juggernaut who helped the Brock Badgers win a provincial championship is receiving an honour “beyond his wildest dreams.”

Ray Barkwill will be inducted into the Niagara Falls Sports Wall of Fame at the Gale Centre on Sunday, Jan. 26 at 2 p.m. The 31st annual ceremony is open to the public.

Barkwill (BSc ‘10), who grew up in Niagara Falls, said he never thought an achievement like this was possible, citing Brock University and others as instrumental in his career.

“It couldn’t be done without the help of my friends, family and coaches over the years,” he said. “Particularly in the earlier years with my parents, Chris Hodgson, Brock University, the Niagara Rugby Club and Rugby Ontario. They all played an incredible part in supporting me and helping me achieve my dreams in being a professional rugby player and towards playing for Canada.”

Last April, Barkwill announced his retirement from the sport at the age of 38.

“I’m very proud of where I’m from and of what rugby has given to me and what I’ve gotten out of rugby, but also the success that I’ve had in the game,” he said. “Personally, it means a lot to be recognized by your peers and from other respected, decorated athletes within Niagara Falls.”

Barkwill’s passion for rugby started as a high school student where he joined the Niagara Wasps. He then earned a spot on the Niagara Thunder of the Canadian Super League.

In 2007, Barkwill co-captained the Badgers to a 22-6 win over Queen’s University to hoist the school’s first Ontario University Athletics (OUA) men’s rugby championship. He was named the OUA finals MVP.

After graduating, he went on to study and play in Australia. Barkwill turned professional with the Western Force of the Super Rugby Competition for the 2012 season before returning to Canada, where he played for the Ontario Blues rugby team, winning five national championships.

Barkwill is a three-time Canadian Rugby Championship winner and won the 2017 Shield Award as Most Inspirational Player as awarded by members of Canada’s Men’s Team. In 2018, he also helped the Seattle Seawolves win the Major League Rugby title.

“This honour symbolizes not giving up and work hard,” said Barkwill. “I think it teaches how to persevere towards achieving your goals, which make up the foundations of rugby.”