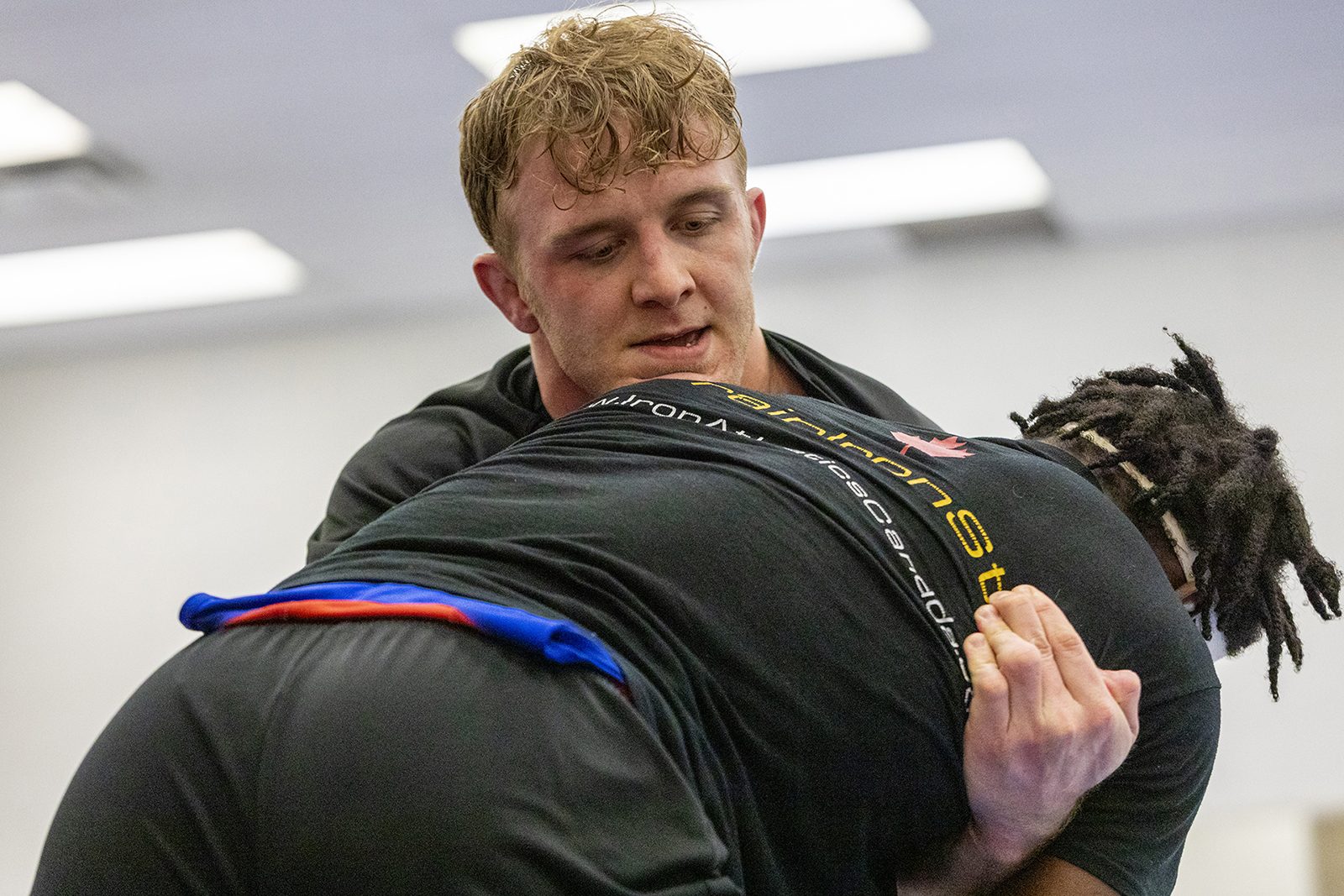 With the Olympic Trials looming, Clayton Pye, a senior Psychology student, and the Badgers wrestling team have been hard at work in practice.

With a formidable roster and a collection of returning star wrestlers, the Brock men’s team is poised to defend their sixth consecutive championship title when they host the U SPORTS Wrestling Championships at Brock University from Feb. 21 to 22.

The Badgers are focused more than ever this season as eight varsity wrestlers will first take part in the Canadian Wrestling Trials’ men’s freestyle event at the Scotiabank Convention Centre in Niagara Falls beginning on Dec. 6.

“Our men’s team is looking forward some big challenges ahead in the next couple of months starting this weekend with the Canadian Olympic Team Trials,” said head coach Marty Calder. “Ultimately, we look forward to competing for a national championship in February in our gym. These guys love the big moments, we hope to capitalize on the opportunity in February.”

To qualify for the Tokyo 2020 Olympic Games, wrestlers must first win the Trials.

Sadiku, a Kinesiology student from Summerside, PEI, is the No. 2 seed in the 57kg group. He’s likely to give Darthe Capellan, who has held the top spot in the 57 for the past two years, a run for his money.

Sadiku and the Badgers traveled to the United States for their training camp this year in order to give themselves an edge during this delicate time of qualifying for the Tokyo 2020 Olympic Games. They worked out with the No. 1-ranked wrestling team in the NCAA: the Iowa Hawkeyes.

“That was a brutal training camp,” said Calder. “We were wrestling their best. The volume and the intensity is through the roof, and Ligrit held his own. He has a lot of heart.”

Sadiku, who was born in Kosovo and possesses a strong Albanian heritage, said his work ethic comes from his parents.

“They always believe in my abilities and always supporting me in my wrestling,” he said. “The biggest thing I learned from both my parents and coaches is how important the value of hard work is when achieving a goal.”

Pye, a senior Psychology student, is seeded fourth in the 86-kilogram weight class heading into Trials.

As a Badger, Pye has found success at all levels of university wrestling despite his fair share of adversity.

He won a U SPORTS gold medal in 2018, and also secured a silver and two bronze medals on the national stage. Pye has also captured a pair of gold medals at the OUA Championships, including a silver.

Pye was a much different wrestler before coming to Brock. He grew up in Ingersoll and joined the Badgers after graduating from Stratford Northwestern Secondary School.

He credited Calder for shaping him into the wrestler he is today.

“Before I got to Brock, I wasn’t exactly what you’d call a tactician. Just a brute,” said Pye. “Marty taught me my best moves and has worked diligently with me to refine the fundamentals. Besides that, he’s just a great coach in general. He’s picked me up when I’ve been at my worst and brings the best out of my wrestling every practice.”

Pye’s 86kg weight class at Trials also includes teammates Ignatius Pitt and Max Budgey. The No. 1 seed of this field is Alex Moore of Concordia University. A member of the Montreal Wrestling Club, Moore hasn’t had a point scored against him at the past two Canadian Championships.

“My competition each have their own unique styles,” said Pye. “Some are fast, some are strong, and some are very technical. I know what to expect and I have game plans for my opponents. I expect a battle, and that’s what I’ve been training for.”