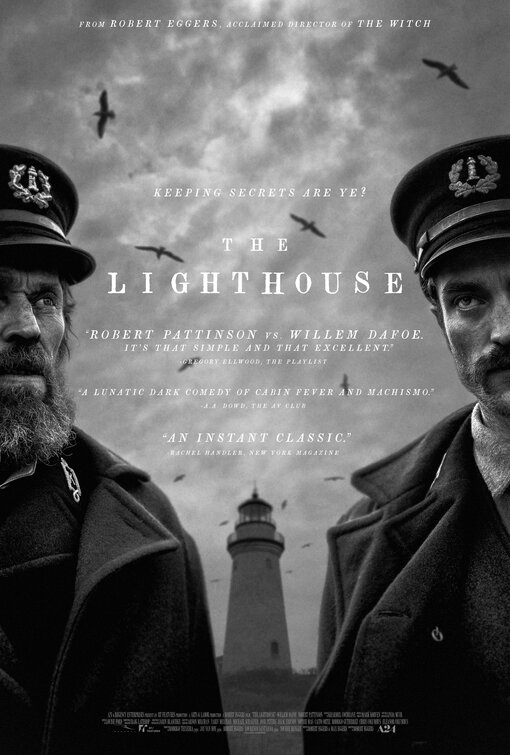 Two lighthouse workers face off with the sea and with each other in The Lighthouse, the latest film from the director of The Witch, playing at BUFS this Thursday at 7 p.m.

A young labourer arrives at a remote island to assist the lighthouse keeper for a four-week stint and finds himself in a nightmarishly claustrophobic power struggle. Willem Dafoe’s Wake warns young Winslow (Robert Pattinson) early on that the previous assistant went mad. Under the pressure of fierce isolation, impossibly close living quarters, his eccentric taskmaster, an antagonistic seabird, nagging mermaid fantasies, and never-ceasing wind — from both the sea and Wake himself — it seems Winslow may not be able to avoid a similar fate.

Glen Weldon of NPR calls director Robert Eggers “a filmmaker fascinated with the place where hardship meets hallucination, where the punishments of the natural world intersect the world of the mind,” adding that the director “also knows that for viewers to follow him where he’s going, he needs to anchor us in strong, clarifying performances.”

He does so with noted success — Dafoe and Pattinson have been showered with acclaim for their performances, and Eggers received the Cannes Film Festival critics’ award for best first or second feature.