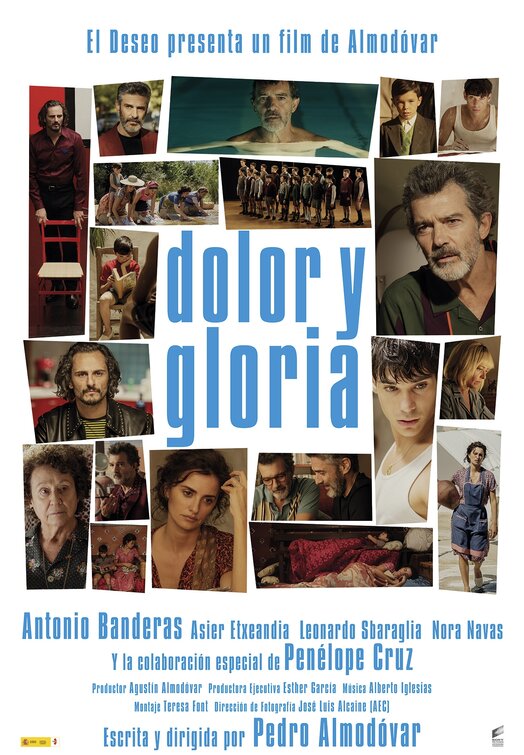 An aging Spanish director revisits his life and work in Pain and Glory (Dolor y gloria), the latest film from Pedro Almodóvar, screening at BUFS this Thursday at 7 p.m.

After four decades of filmmaking, Salvador Mallo has mostly withdrawn into his lonely apartment due to debilitating illness. A chance encounter leads to a visit with an estranged colleague, which leads to some pain-killing experimentation and a dreamlike wander through all of the moments that led up to this one.

“If there were any doubts that Pedro Almodóvar wasn’t just a fun, idiosyncratic, indelible and significant filmmaker, but an undeniably great filmmaker — one for the ages — those doubts were dispelled with Julieta, his 2016 masterpiece,” said Mick LaSalle of the San Francisco Chronicle. “And now there’s Pain and Glory to raise the possibility that, at 70, Almodóvar is in the midst of a magnificent flowering, that we’re witnessing the best period of his career.”

Star Antonio Banderas, wearing Almodóvar’s clothes in an apartment decorated with the director’s own furniture and art, gives what may be the performance of a lifetime — one that has already been recognized with Best Actor awards at Cannes and the Hollywood Film Awards.