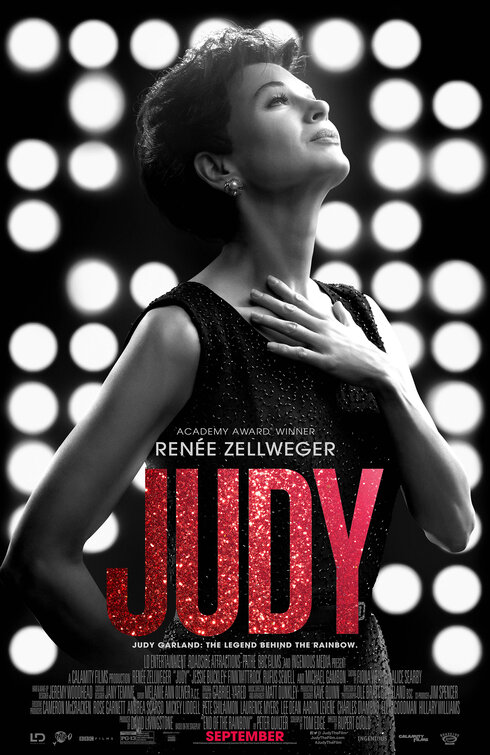 Renée Zellweger takes on the role of Hollywood icon Judy Garland in Judy, playing this Thursday at 7 p.m. at BUFS.

This hotly anticipated biopic focuses on the last year of Garland’s short life. In 1968, she finds herself broke, homeless and needing quick cash. A five-week run at London’s Talk of the Town takes her away from her two youngest children and into her fifth marriage, while bringing us behind the scenes for a look at the heartbreaking reality of a living legend’s last kick at the can.

Moira Macdonald of the Seattle Times writes: “What’s most appealing about Zellweger’s portrayal is the brightness that peeps out from the clouds: her deep love for her children, her sly wit… You get a sense, in this skilled and splendid performance, not of an icon, but a person; one terribly damaged by her past and valiantly struggling to remain in her present.”

Already surrounded by Oscar buzz very early in the season, the film has been nominated for several awards, with Renée Zellweger winning Actress of the Year at the Hollywood Film Awards for her performance.