Brock in voting round of national health video competition 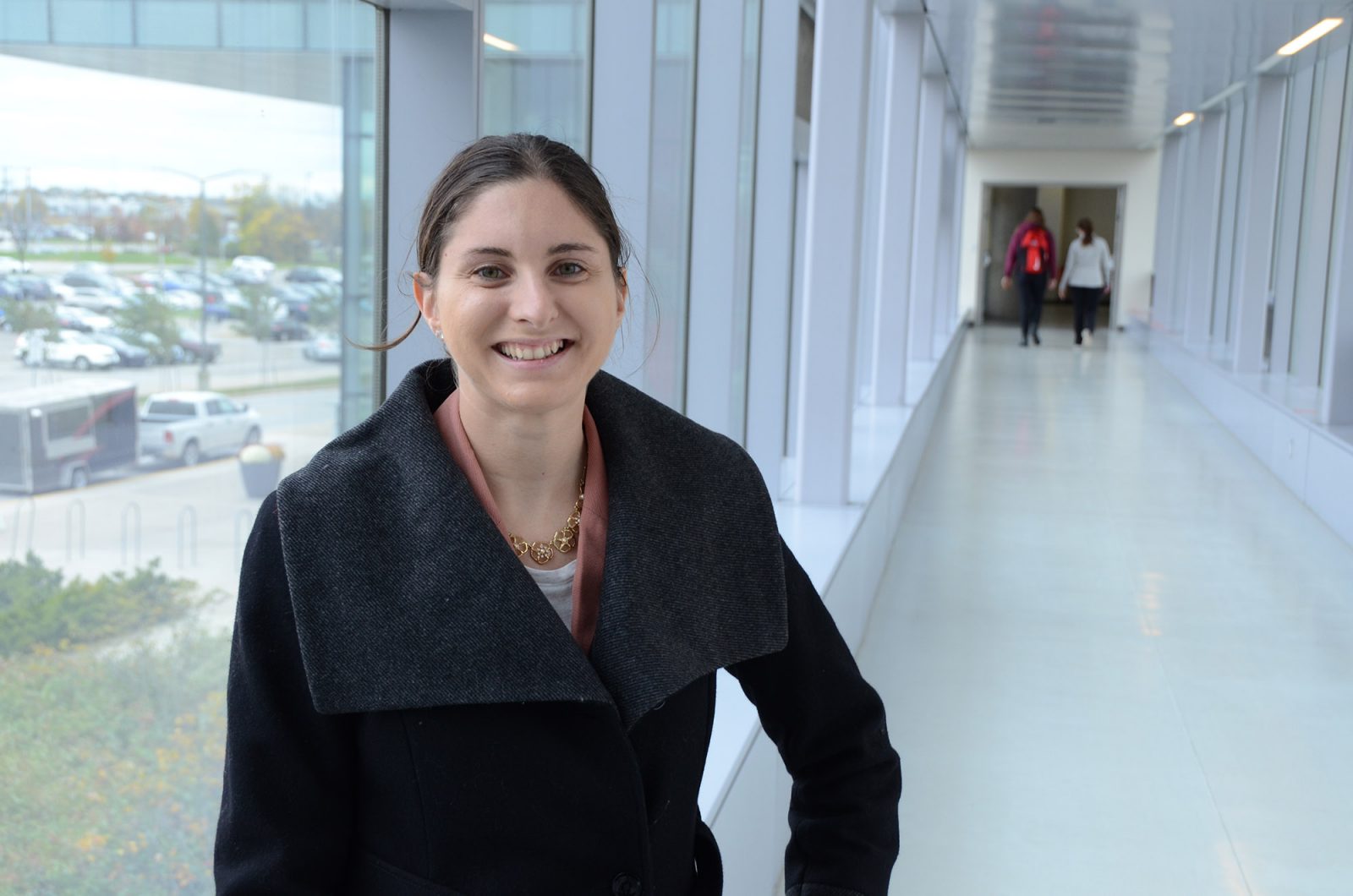 Brock graduate Alicia Azzano is one of 25 contestants in a national video competition sponsored by the Canadian Institutes of Health Research. The public can vote on their favourite video by giving it a thumbs up until Nov. 30.

A Brock University graduate has made it into the voting round of a national video competition sponsored by the Canadian Institutes of Health Research (CIHR) — and she needs your thumbs up to make it to the next level.

Her video is among 25 across Canada that were selected for public voting. To vote, the viewer must like the video by clicking the thumbs up icon at the bottom of the video. Voting began Nov. 1 and will close Nov. 30 at 5 p.m.

A panel of judges will select four winning entries based on a range of criteria, including the number of likes, as well as relevance, creativity and video quality.

“The idea is to get further reach,” says Azzano, who graduated last month and is preparing to enter a PhD program.

But for Azzano, it’s about much more than just winning a competition.

“I want to propel this ASD research forward,” she says. “I want parents and professionals to know about early identification for signs of ASD so that early intervention can take place; that’s the main reason I want them to watch and like the video.”

Azzano’s video is based on research led by Professor and Chair of Applied Disability Studies Maurice Feldman and Clinical Psychologist Rebecca Ward, both of whom are registered psychologists and board certified behaviour analysts.

The duo created the Parent Observation and Early Marker Scale (POEMS) that parents can use to detect early signs of ASD in children up to 36 months of age.

“We found that the POEMS scores predicted, as early as nine months, which infants would eventually be diagnosed with ASD at three years of age,” says Feldman.

As part of her thesis work, Azzano had parents complete the POEMS for their child on a regular basis, recorded training sessions on video, analyzed them, and tracked the parent teaching skills and the children’s progress.

She then worked with parents in their homes to teach their children the developmental skills they were lacking, such as responding to their name, imitation and requesting through pointing and speech.

The results showed that parents could quickly learn the teaching skills, and when they did, their children made substantial progress in the targeted skills.

Core symptoms of ASD include social communication issues and repetitive behaviours. Some examples are poor eye contact, difficulty in imitating movements such as waving or clapping, being unable to express themselves verbally, and intolerance to waiting, sleep and feeding.

Azzano’s motivation to pursue her research is personal.

“When I was young, I grew up with someone very close to me who has ASD,” she says. “It was a normal part of my life.”

“We are very proud of Alicia for her accomplishments in the CIHR Video Talks Competition,” says Dean of Graduate Studies Diane Dupont. “Her research is an excellent showcase of the caliber of work being done by graduate students at Brock University,” says Dupont. “I encourage all of our graduate students to follow in Alicia’s footsteps and partake in these important opportunities for professional development.”