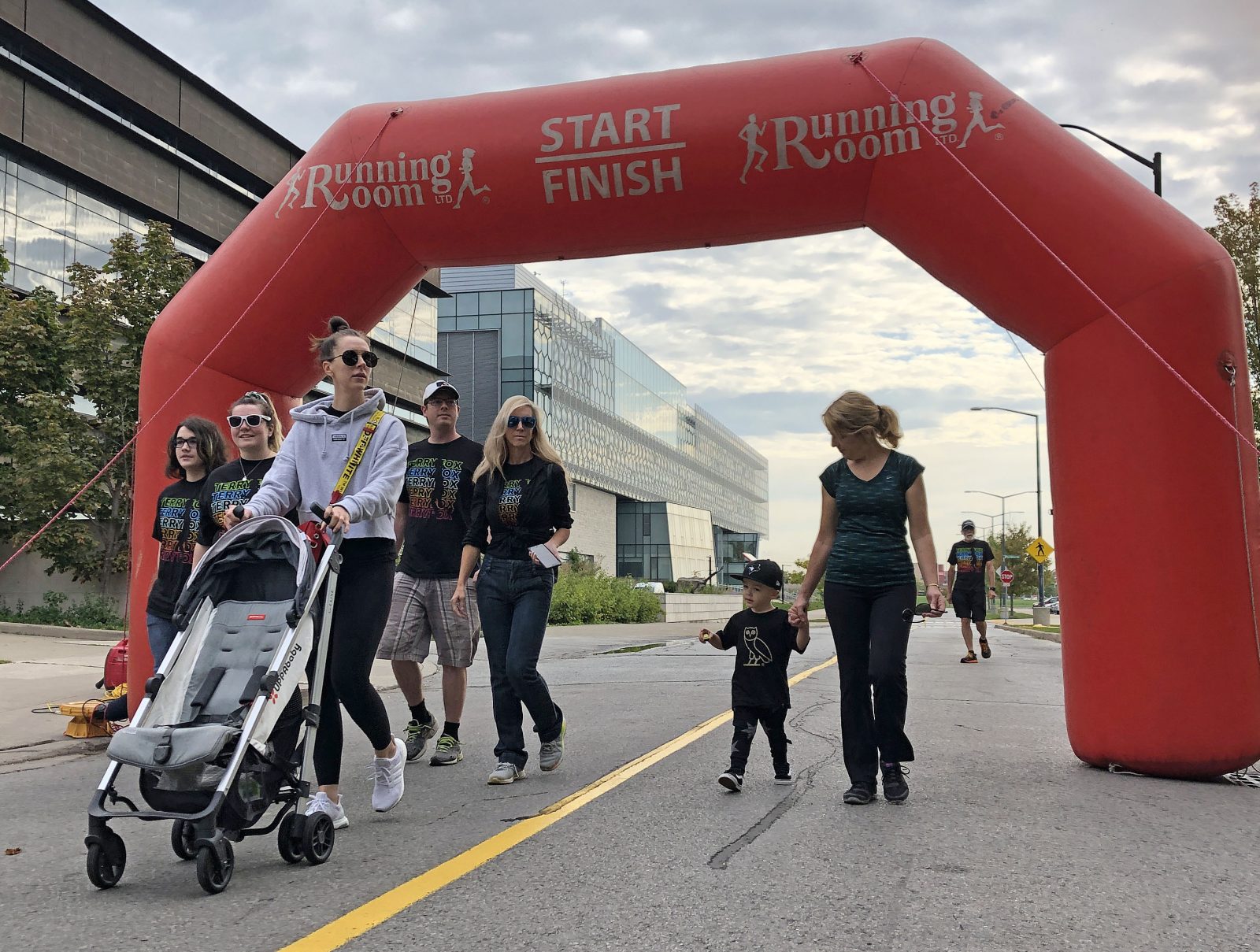 A family crosses the finish line at the St. Catharines Terry Fox Run, which was held at Brock University Sunday, Sept. 15.

For the second time in three years, the run was held at Brock University because of high water levels and construction work at Lakeside Park in Port Dalhousie, the run’s home for many years. This year’s event raised more than $51,000 and included post-run tours of the research labs, one of which is funded by the Terry Fox Research Institute.