Sold out show as Brock Badgers bitten by Guelph Gryphons 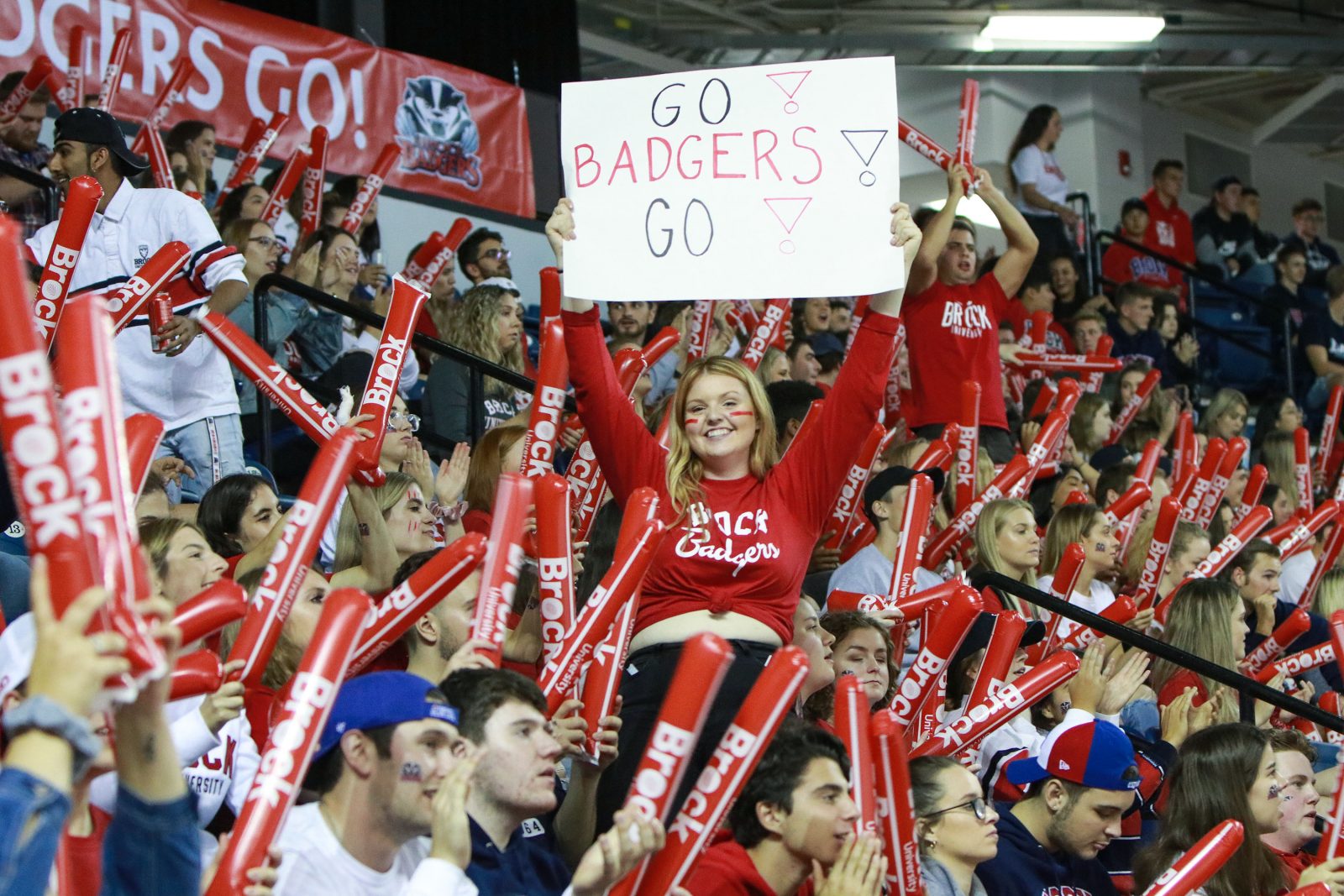 More than 4,750 people were on hand for the 21st annual Steel Blade Classic hockey game at the Meridian Centre in St. Catharines Friday, Sept. 13. The visiting Guelph Gryphons won the game 4-1.

The Guelph Gryphons captured their fourth Steel Blade Classic hockey game as they slipped by the Brock Badgers 4-1 in front of a sold out crowd of 4,752 fans at the Meridian Centre in downtown St. Catharines on Friday, Sept. 13.

Guelph is now 2-2 against Brock in Steel Blade action at the Meridian Centre, which was sold out for a second-consecutive year. 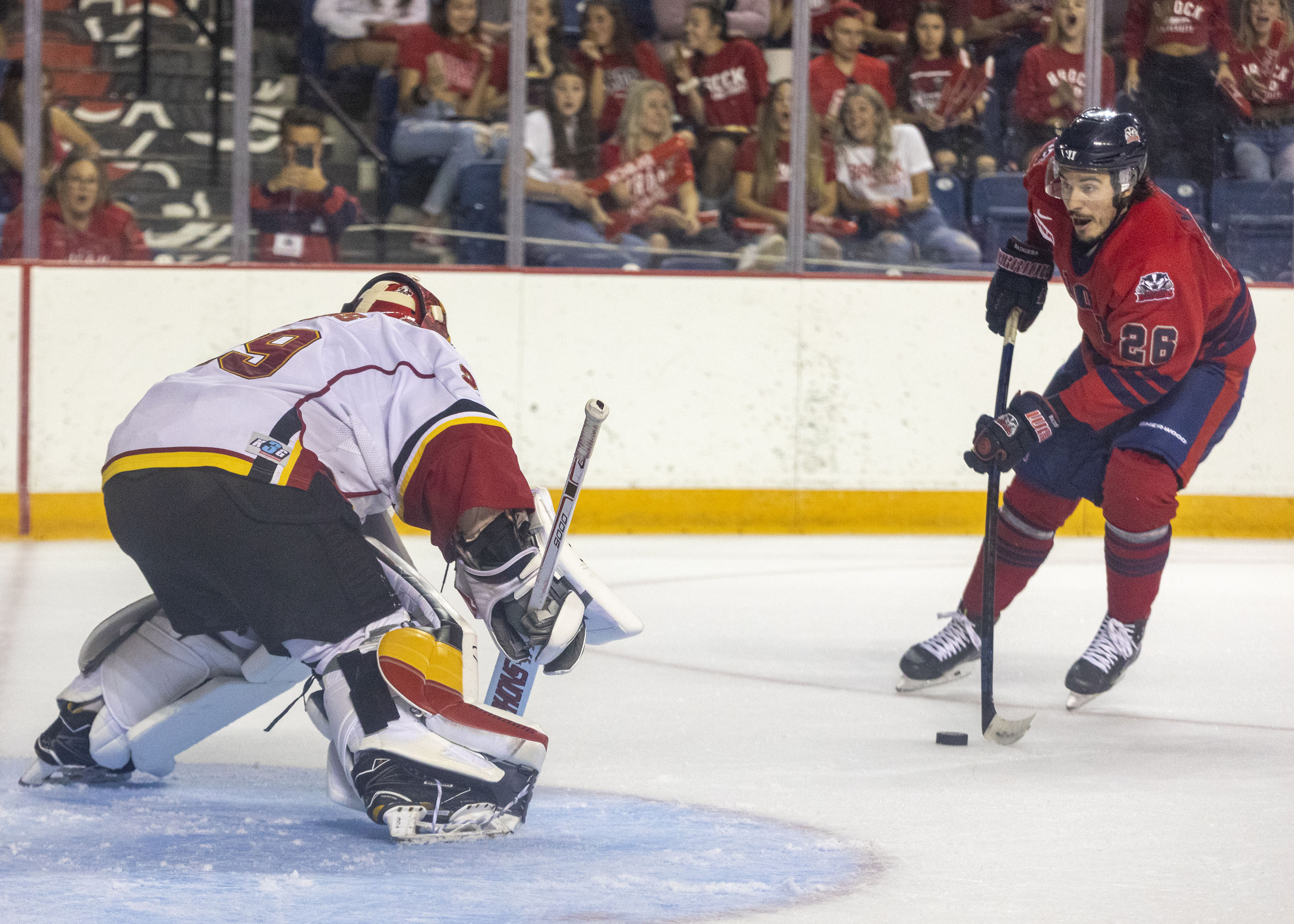 “It was a great atmosphere and that gives you chills when you get out there,” said Brock head coach Marty Williamson. “If you put 4,700 fans in a building cheering on two teams, the emotions are going to go through the roof. They’re going to give it their all.”

After a scoreless first period, the Gryphons exploded for three consecutive goals in the second courtesy of Connor Bramwell, Stephen Templeton and Giordano Finoro.

Badgers newcomer Jordan Sambrook scored a bomb from the point during a power play to end Guelph’s bid for a shutout in the third, before Andrew Dodson added one for Guelph near the end of the game to make it a 4-1 final.

“The Steel Blade Classic sets the tempo for the hockey season,” said Guelph head coach Shawn Camp. “This game means so much to us because it’s historical and it’s a privilege for our team. There’s an education piece to this game.”

Williamson said the Badgers left opportunities out on the ice.

“I liked our compete and we had our chances, but we didn’t finish,” he said. “The scoring chances were pretty even, but credit to their goalie.”

The Badgers will now play a month of exhibition games in preparation for their home opener against Toronto on Oct. 4.