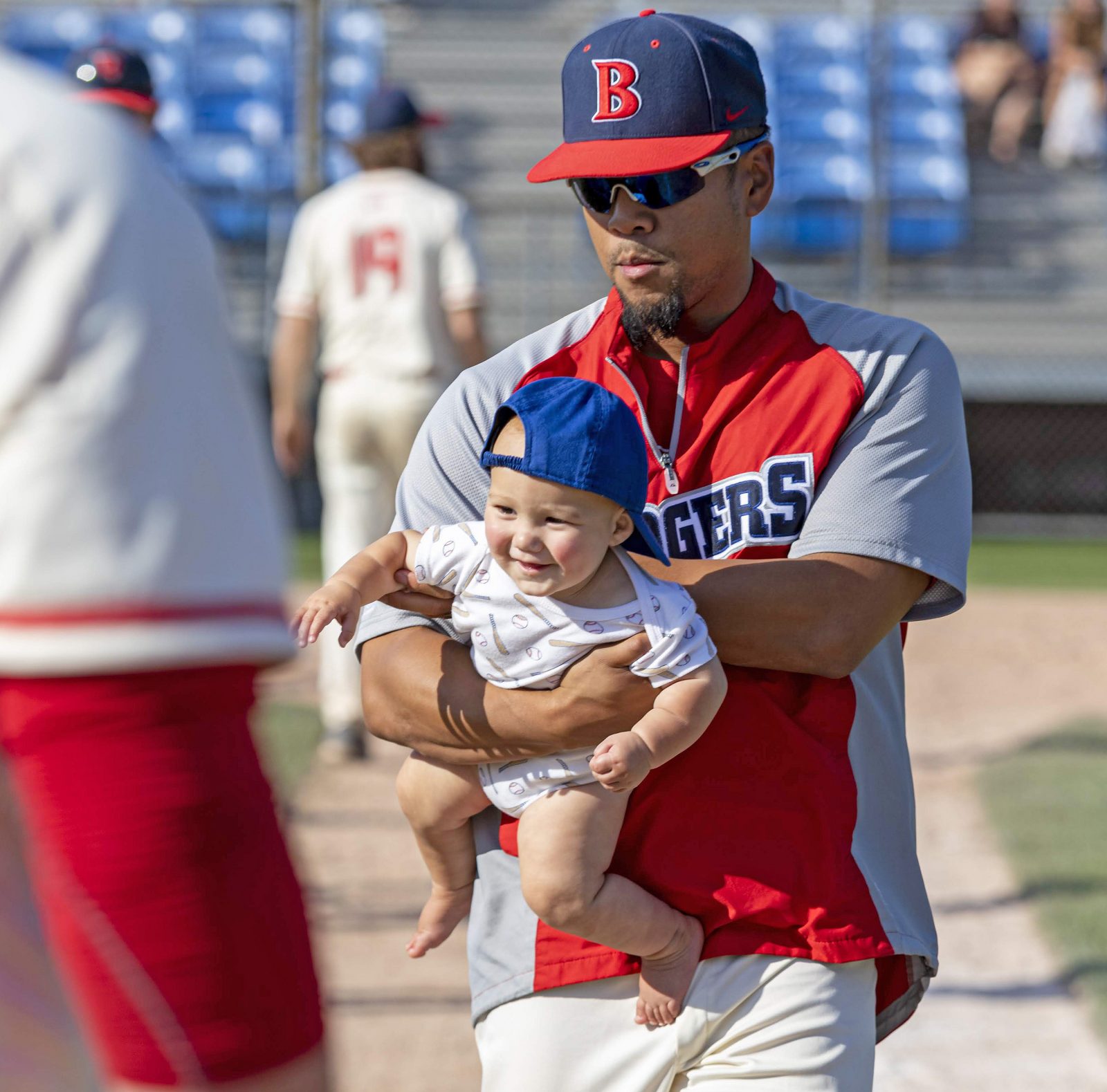 Under bright sunshine at George Taylor Field in Merritton, more than 400 people cheered on the Brock Badgers at the second annual Hometown Baseball game Sunday, Sept. 22.

The Badgers sent the crowd home happy as they defeated the visiting Ontario Blue Jays 13-7 in the game.

“We want to show the community that we’re there for them,” said head coach Marc LePage. “This kind of crowd gives our players a lot of energy. With all the kids cheering them on, it makes for a pretty special day for us. It’s a good vibe.”

After the game, kids had the opportunity to run the bases as players dished out high fives and photo opportunities with Boomer the mascot. The event also included a barbecue, face painting and a family zone with games for kids.

“This game means a lot to Brock because we’re reaching out to the community,” said Brock Sports Associate Director Emily Allan. “Watching those kids run the bases sums it all up. It’s just so heartwarming to see the guys lining the field and cheering on the kids.”

The Badgers filled up the scoreboard early with 12 runs in the first two innings before the Blue Jays scored their first run in the fifth, and added four runs in the seventh.

The Brock baseball team is now 6-5 as it heads to Western New York to face Genesee Community College on Saturday, Sept. 28 and Canisius College on Sunday, Sept. 29.