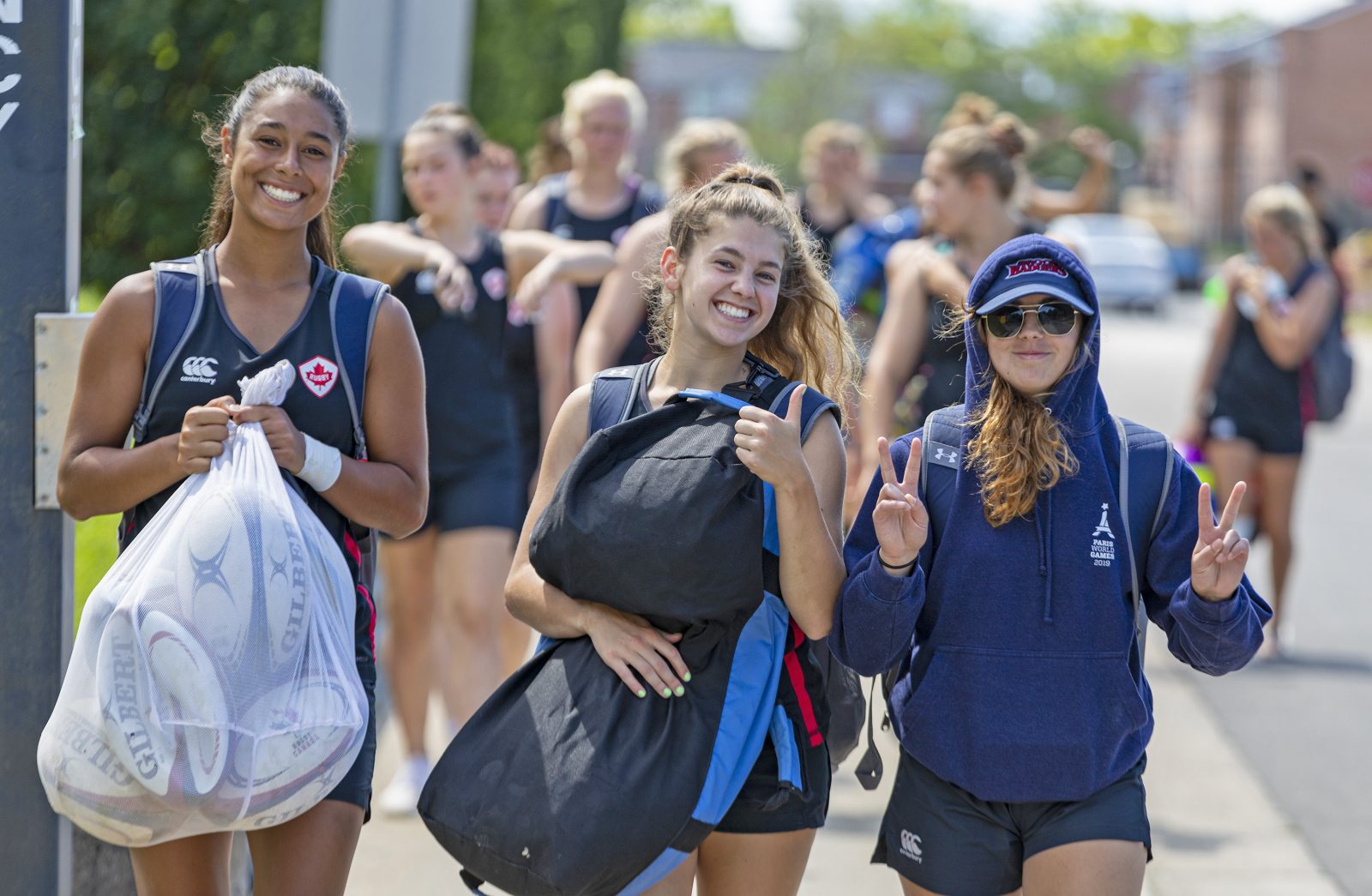 Brock will host an exhibition rugby match between the Canadian and American U18 women's teams Saturday, Aug. 24 at 10 a.m.

Brock University is the site of a women’s rugby match between Canada and the U.S. this weekend.

After a week of training on campus, the Canada East U18 women’s squad will play their American counterparts in an exhibition match on the Brock rugby field Saturday, Aug. 24 at 10 a.m.

“I think the facilities here at Brock are fantastic,” said women’s U18 head coach Ricky Coombe. “The food has been great, the fields are amazing and well looked after. We’ve enjoyed our time here.”

Rugby Canada’s 41 athletes have been living at Earp Residence while training through the week. The Canadian squad will trim its roster down to 23 players to play the U.S. in San Diego in December.

Players for each camp were selected primarily from Provincial East and West Regional Championships over the past two years, as well as provincial nominations and previous Rugby Canada identification sessions.

Saturday’s game is open to the public and free to attend.

“The goal for these girls is to one day play for Canada’s national women’s team,” said Coombe. “There’s always pressure when you’re representing your country, but we try to break it down to the processes.”