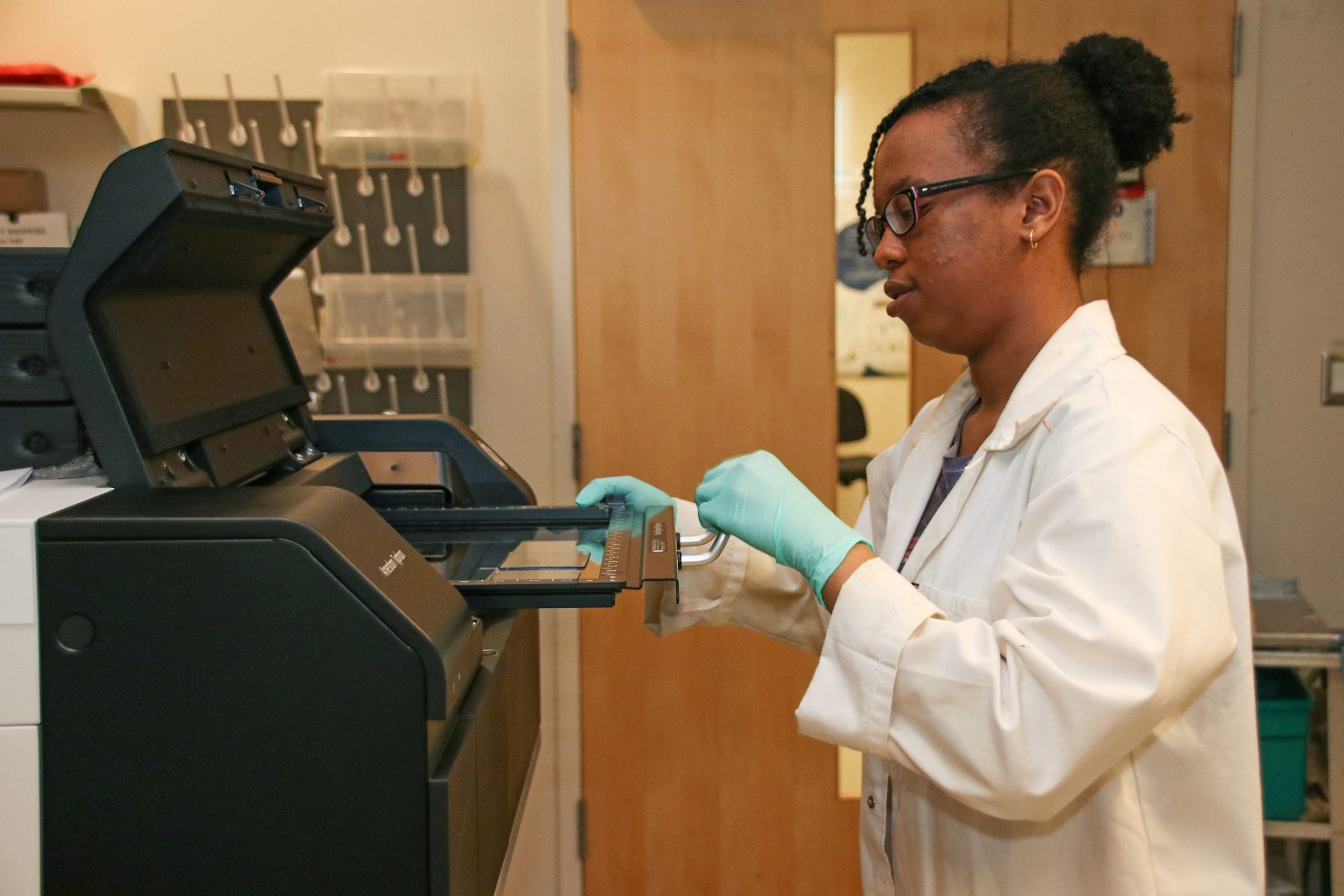 Sometimes, it takes a village to do more than raise a child.

The Brock community recently showed what can be accomplished by coming together for a cause, pooling funds from several Faculties to purchase a new high-end piece of research equipment.

In total, 23 faculty members and three deans, along with the Office of the Vice-President, Research, contributed toward buying a Typhoon 5 Biomolecular Imager that has now found a home on campus.

The state-of-the-art General Electric imaging system, used to conduct targeted as well as large-scale discovery protein, lipid and small molecule analyses, is valued at about $180,000.

“The conversation began about three years ago, knowing we were lacking a good imaging system for gels and blots,” said Health Sciences Professor Jens Coorssen, who helped spearhead the initiative. Two years ago, Coorssen’s team began field testing instruments in the lab, but none were able to perform to the level required — until the GE model came into the picture last summer. 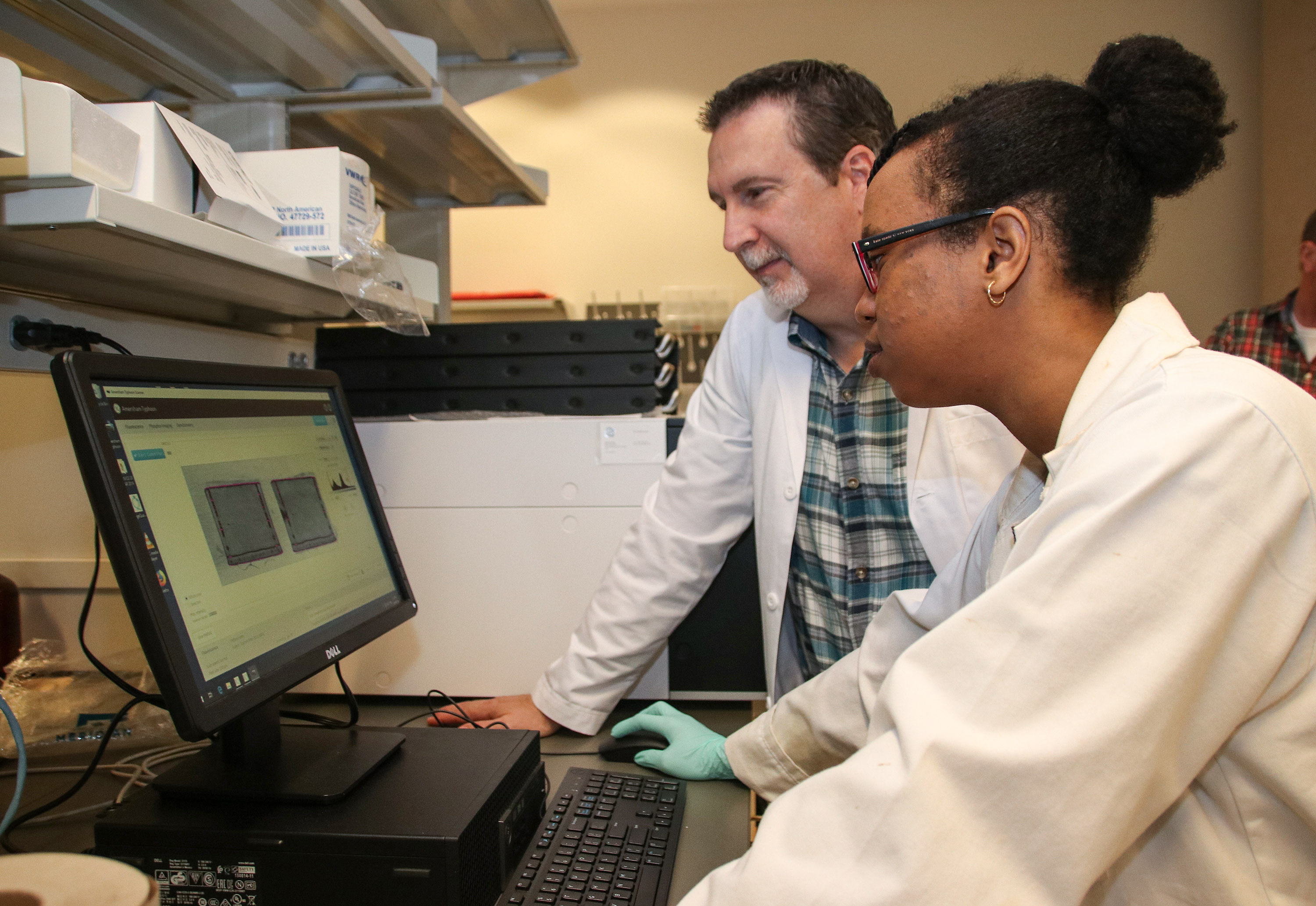 “It is by far the best imaging system commercially available. If you want something better, you’d probably have to build it yourself from scratch,” he said.

GE put a demo model in Brock’s lab and allowed researchers to work with it for about two months.

“We put it through the paces,” Coorssen said, and its abilities proved quite impressive.

He began discussions last fall with GE, which was interested in having the Typhoon 5 at the University based on previous research completed by Coorssen’s group. “We got to the point where we had negotiated a price, but it was still awfully high for us at Brock,” he said.

That’s when Coorssen started reaching out to fellow researchers.

“We essentially began the equivalent of a telethon,” he said. And people were quick to respond.

The initiative was first able to get off the ground thanks to Biological Sciences Professor Vincenzo De Luca contributing $55,000 in leftover grant money from the Canada Foundation for Innovation and the then-Ontario Ministry of Research, Innovation and Science, after the organization agreed to the new use.

“I then pitched in money, as did a couple of my colleagues in the department, and it basically took off,” Coorssen said.

As word began to spread, people from other departments and even other Faculties began expressing interest in supporting the cause.

“A few of our colleagues even committed the average amount — about $2,000 — knowing they will never use the equipment, but wanting to help because of the importance of collegiality,” Coorssen said. “This is what we’re known for here at Brock.”

“Research is virtually always a collaborative and co-operative activity,” said Kenyon, “but this case is special.”

“It shows a group of peers working together to enable something that none could have accomplished on their own, and it highlights the sense of shared purpose that animates the research community at Brock.”

Despite working all over the world, Coorssen says he’s never experienced an initiative like this at any other institution.

“It sends a crucial message that not only do researchers recognize that we’re doing very important work here, but they also understand that we have to work together to get things done,” he said.

“People are willing to put forward hard fought for grant money in order to promote research, opportunities for graduate students and opportunities to improve chances of getting better grants in the future,” he said. “It’s that kind of integrated thinking that has to pervade everything we do.”

The new imaging system allows for data to be collected “with very high sensitivity” and “allows us to do true molecular-level quantification,” Coorssen said. “If you’re going to study a molecular mechanism or identify a new critical biomarker (a diagnostic marker for disease, infection or environmental exposure), you must be able to quantify things at a molecular level.”

The equipment has been up and running in the Cairns Family Health and Bioscience Research Complex lab for about a week and has already been used to help guide student researchers in new directions with their work, he said.

“This could end up touching all sorts of research areas at Brock.”