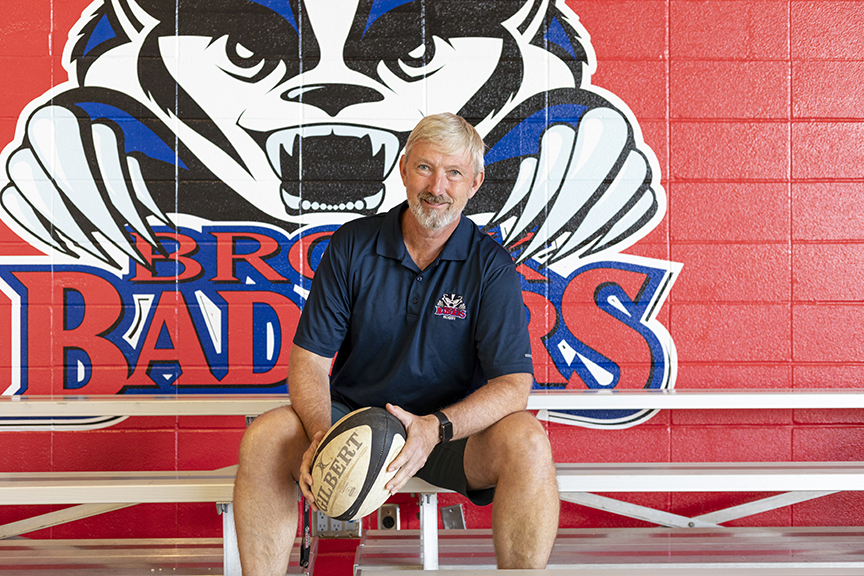 The Brock Badgers women’s rugby team has a new face at its helm.

Mark Smerdon began his time as the team’s head coach on Monday, July 8, taking over from Stefanie Pavlovich (BPhEd ’10, BEd ’10, MEd ’11), who has accepted a job as the Physical Education Program Leader and Athletic Director at Eden High School in St. Catharines.

Pavlovich served as the women’s rugby head coach for three seasons, which included multiple playoff berths and a recent promotion to the OUA’s Russell Division.

While Pavlovich will be missed on and off the field, Smerdon brings significant and valuable rugby experience to the Badgers, said Associate Director of Brock Sports Emily Allan.

“We are extremely excited to bring Mark on board,” she said. “He has an immense rugby background, and a wealth of knowledge to share with the players and coaching staff. The team is very excited to work with him.”

In addition to his new role at Brock, Smerdon will continue on as Director of Rugby for the Mississauga Blues and head coach of their men’s team. He is also the Director of Women’s Rugby Upright Rugby Rogues Sevens.

“I like to play a fast, creative style of game,” he said. “My vision for this team is to medal over the next couple of years. The style should be fun for the players, and it certainly doesn’t hurt if it’s exciting to watch for the spectators.”

In her time with the team, Pavlovich guided the women’s rugby program to a 10-3 regular season record during three years.

“It’s bittersweet to see Stef go,” Allan said. “She has been such a powerhouse coach for the past three years, really driving and elevating the program, but we’re also thrilled for her in her new opportunity.”

Named Brock University’s 2018-19 Coach of the Year, Pavlovich said she is leaving the program in good hands and looks forward to attending Badgers’ games in the future.

“Being a part of Brock women’s rugby as both a student-athlete and a coach has been an incredibly rewarding experience,” she said. “It is bittersweet to be stepping away when the team is at the top of their game. I look forward to seeing their success with Mark. He truly is an asset for this program as they take on some of the nation’s best.”