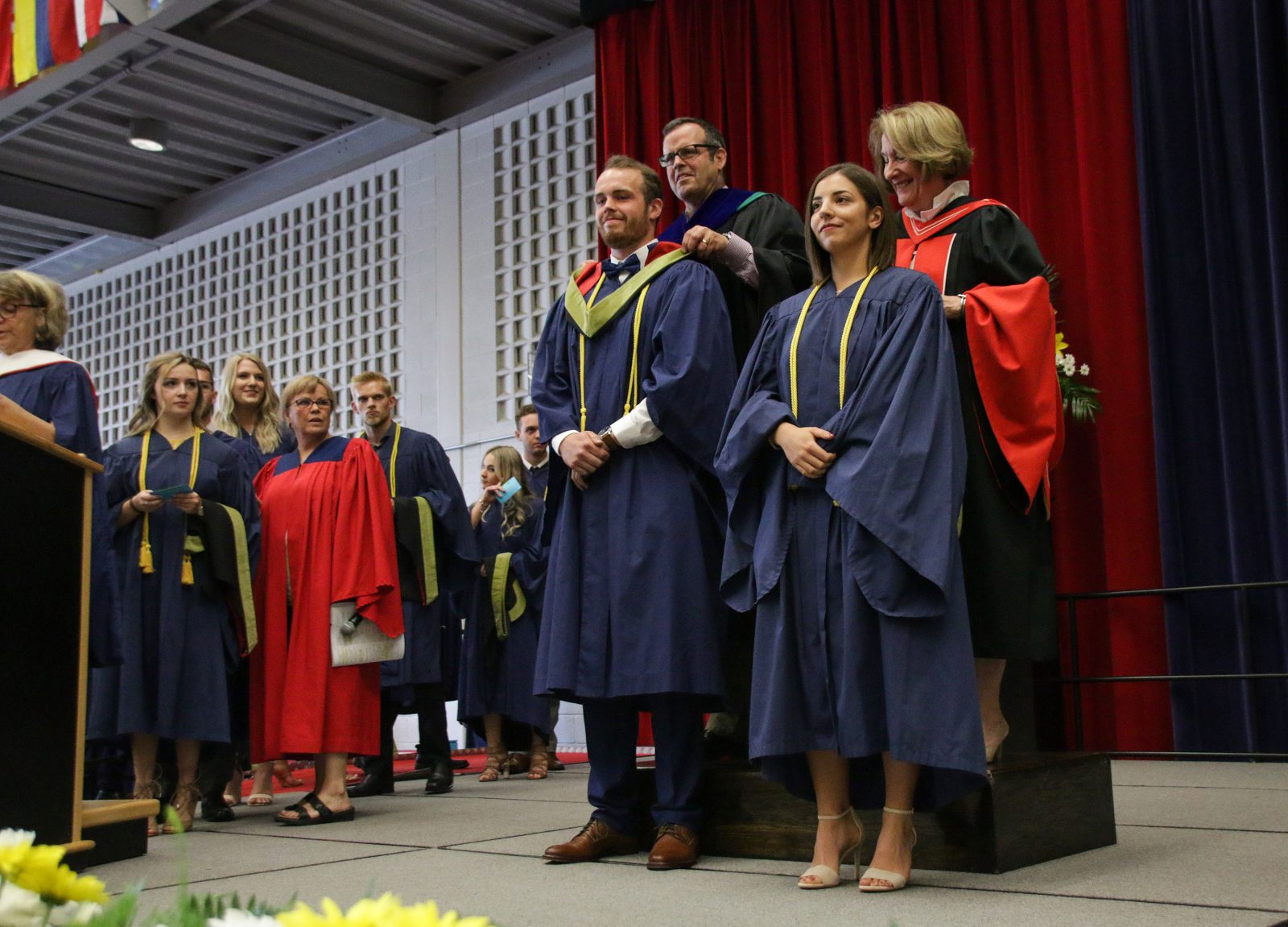 When Phil Sullivan graduated from Newfoundland’s Memorial University 27 years ago, it was his father Arthur who placed the hood on his shoulders on Convocation day. On Monday, it was Phil Sullivan who had the honour of placing a hood on his son Tim Sullivan as the 21-year-old graduated with a Kinesiology degree from Brock during the Faculty of Applied Health Sciences Convocation Ceremony.

“It’s pretty monumental,” Tim said. “My dad has been a role model. As cliché as it sounds, it’s true. To have the opportunity to have him hood me means a lot. Not just to he and I, but to the whole family.”

As Professor of Kinesiology and Chair of the Department at Brock, Phil followed a similar path to that of his late father at Memorial.

“My grandfather made a lasting impact on Memorial and I feel like my dad is doing the same thing here — not just in the Kinesiology Department, but with athletics. I can only hope to do the same,” said Tim, a top player on the Brock Badgers men’s rugby team, coached by Phil.

“He’s a rugby coach and I play rugby here. He’s the head of Kinesiology and I’m studying Kinesiology. There’s not much not to look up to,” he said.

For Phil, Monday was a day full of pride.

“His mother and I are both very proud of him. He’s a good young man,” he said. “And dad would definitely be very proud of him. He highly valued education. I don’t remember much about my Convocation day, but I definitely remember being hooded by him. It’s not the kind of tradition you can envision going for generations and generations, but it’s a neat opportunity to replicate.”

This may not be the last time the two Sullivan generations share the Convocation stage. Tim will be back at Brock in the fall to start his master’s, and hopes to eventually follow that up with a PhD.