Donors and grads come together to celebrate success 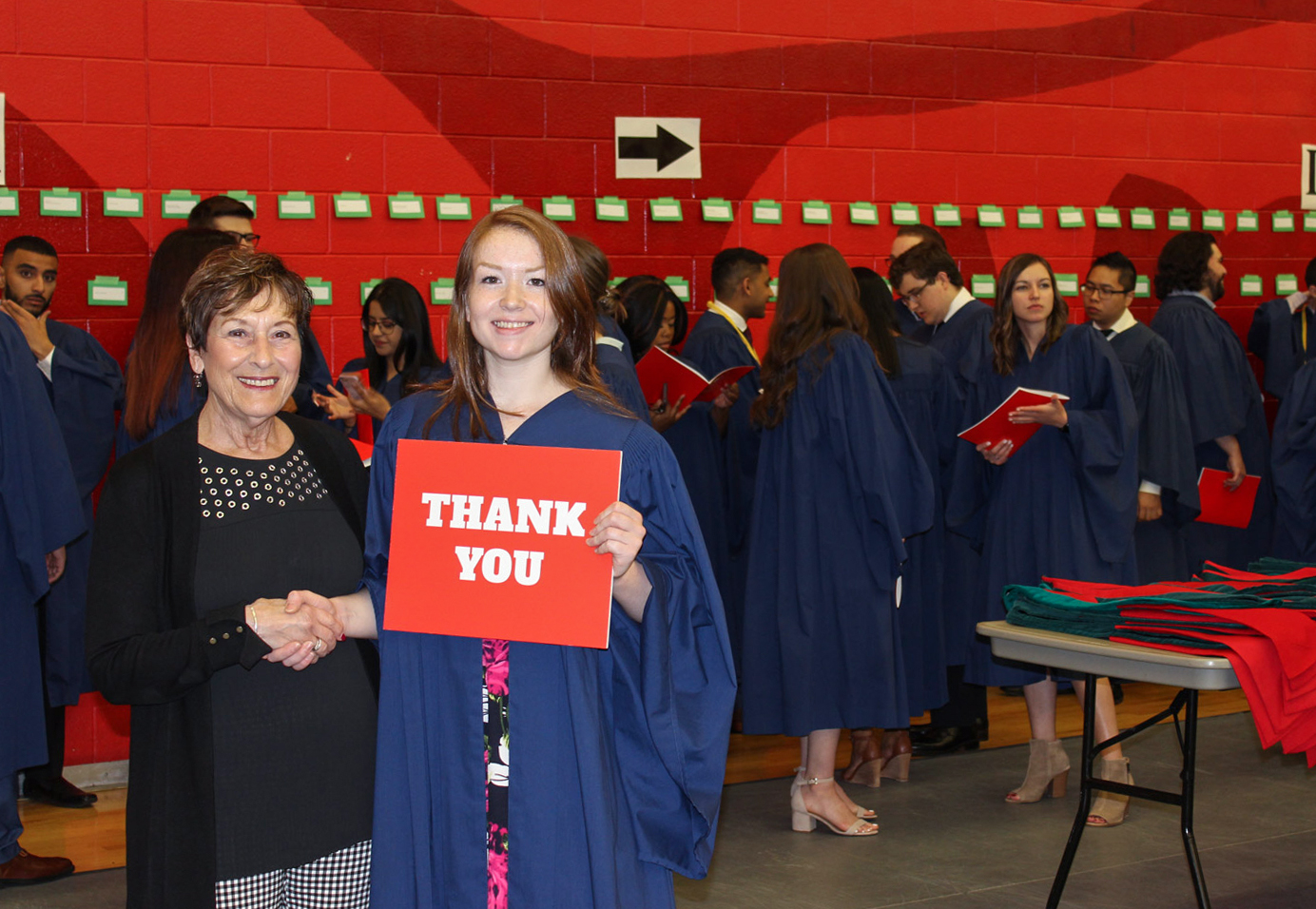 Phyllis Lottridge, founding member of the Niagara Area Business Women’s Network, and Celeste McKen, who won the 2018 award presented by the Network, share a moment before McKen crossed the stage at Brock's June 13 Convocation ceremony.

As she looked around at the lineup of graduates, longtime Brock supporter Phyllis Lottridge was overcome by the enthusiasm in the room.

The excitement was palpable and the founding member of the Niagara Area Business Women’s Network (NABWN) was thrilled to be in attendance.

Lottridge, along with NABWN President Melanie Castrucci, was invited to the morning Convocation ceremony on Thursday, June 13 to celebrate the graduation of Celeste McKen, recipient of the 2018 Niagara Area Business Women’s Network award.

“It’s so exciting to see our hard work in the success of these students,” Lottridge said.

NABWN has recognized entrepreneurs and businesswomen in the community since 1990 and has established bursaries at both Brock University and Niagara College.

“We have given back to Brock University for more than 25 years and it’s always so wonderful to watch our award recipients cross the stage as successful graduates,” Lottridge said.

Since its inception in 1990, the organization has donated more than $96,000 to established bursaries in the community to support student success.

The Niagara Area Business Women’s Network award is presented annually to a female student in a Brock business program who resides in the Niagara region.

Lottridge and Castrucci were honoured to attend Thursday’s ceremony to watch McKen cross the stage and receive her Bachelor of Accounting degree.

While she was grateful for the financial boost the award provided, McKen was most moved by the inspiring message of women empowering other women.

“Receiving this award gave me the confidence to continue down the career path that I am on,” she said.

McKen is working full time as an accountant at McGovern Hurley LLP while she pursues her CPA designation.