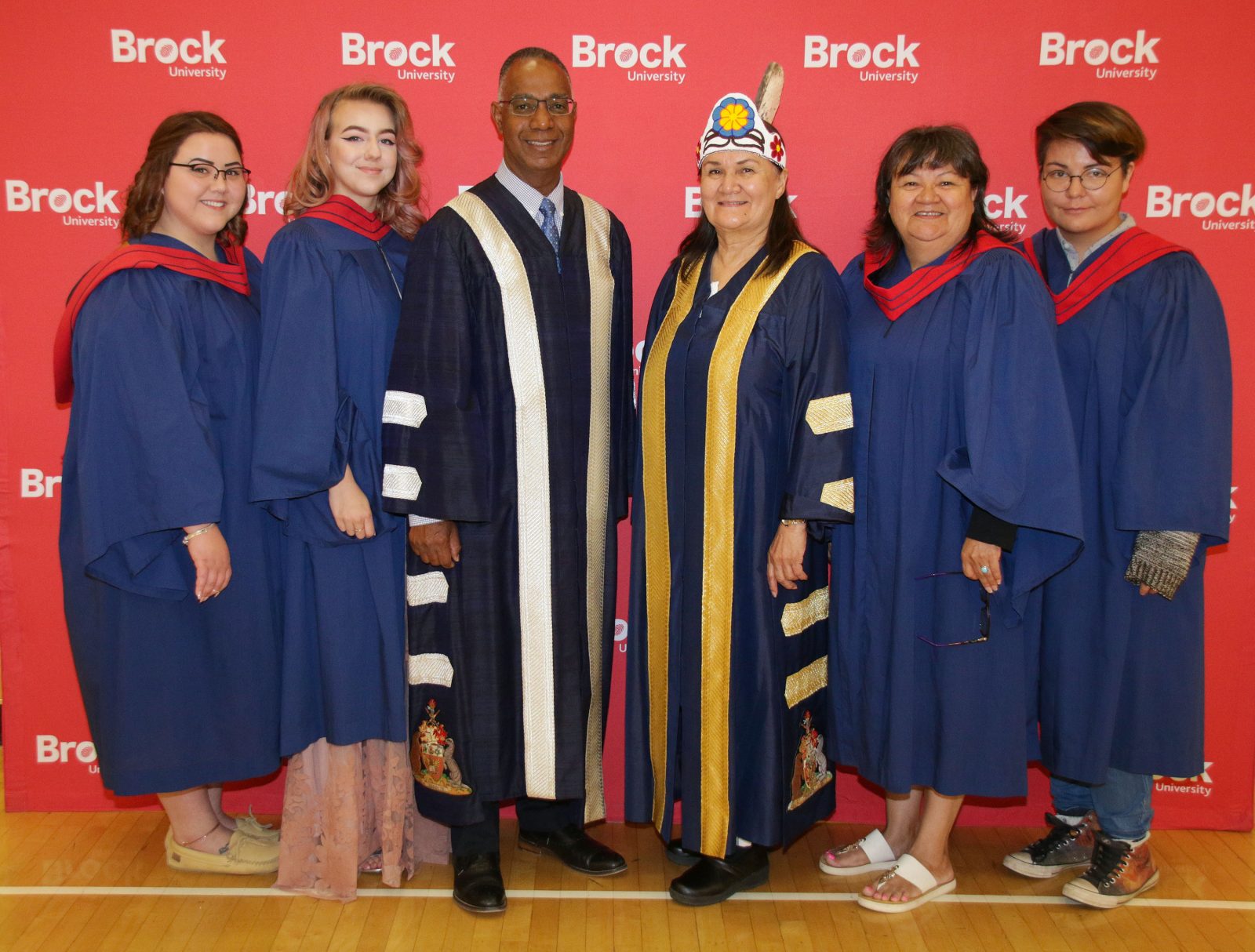 As an Indigenous woman, breaking into the film industry wasn’t easy for Brock University Chancellor Shirley Cheechoo. But through the Weengushk Film Institute she started on Manitoulin Island, that path to success for Indigenous filmmakers has become easier.

On Tuesday, June 11, four Weengushk students — three in Film Production and one in Television Production — received their certificates during the Brock University Faculty of Social Sciences Convocation ceremony.

It’s the third year Weengushk students have crossed the stage during the University’s Spring Convocation event following a 2016 agreement that saw the Film Institute accredited by Brock. It was the first program of its kind to be accredited by a Canadian university with students who complete either the Film Production or Television Production programs earning five university credits toward further studies.

Making this year’s Weengushk graduating class even more special for Cheechoo was the fact all four students were female — a rarity in the male-dominated film industry.

“There are no words to describe it. Seeing them on stage means a lot to me because I’m also a filmmaker,” said Cheechoo. “We don’t really hear Indigenous women’s voices, so it means a great deal to have four new voices coming to the world.”

“I wouldn’t be here without Shirley. She’s the main reason why all of this is happening and it was very important for her to be there on stage. It makes you feel proud,” said Savage, who hopes to open her own film production company with a home base on Manitoulin Island.

Classmate Kaylee LeBreton agreed about the role the Brock Chancellor played in her education.

“Over the past year I’ve been at Weengushk, I’ve been able to connect with Shirley on a personal level, so being able to go up there and connect with her on stage was very special to me,” she said.

“It feels really special because she’s my sister. I’m so proud of her and I’m proud of myself. Without her, I wouldn’t be here,” said Una, who is currently working on a pilot episode for a television show that will focus on an Indigenous elder and the role she plays in her community.