Mandigo setting off to become Provost at University of Fraser Valley 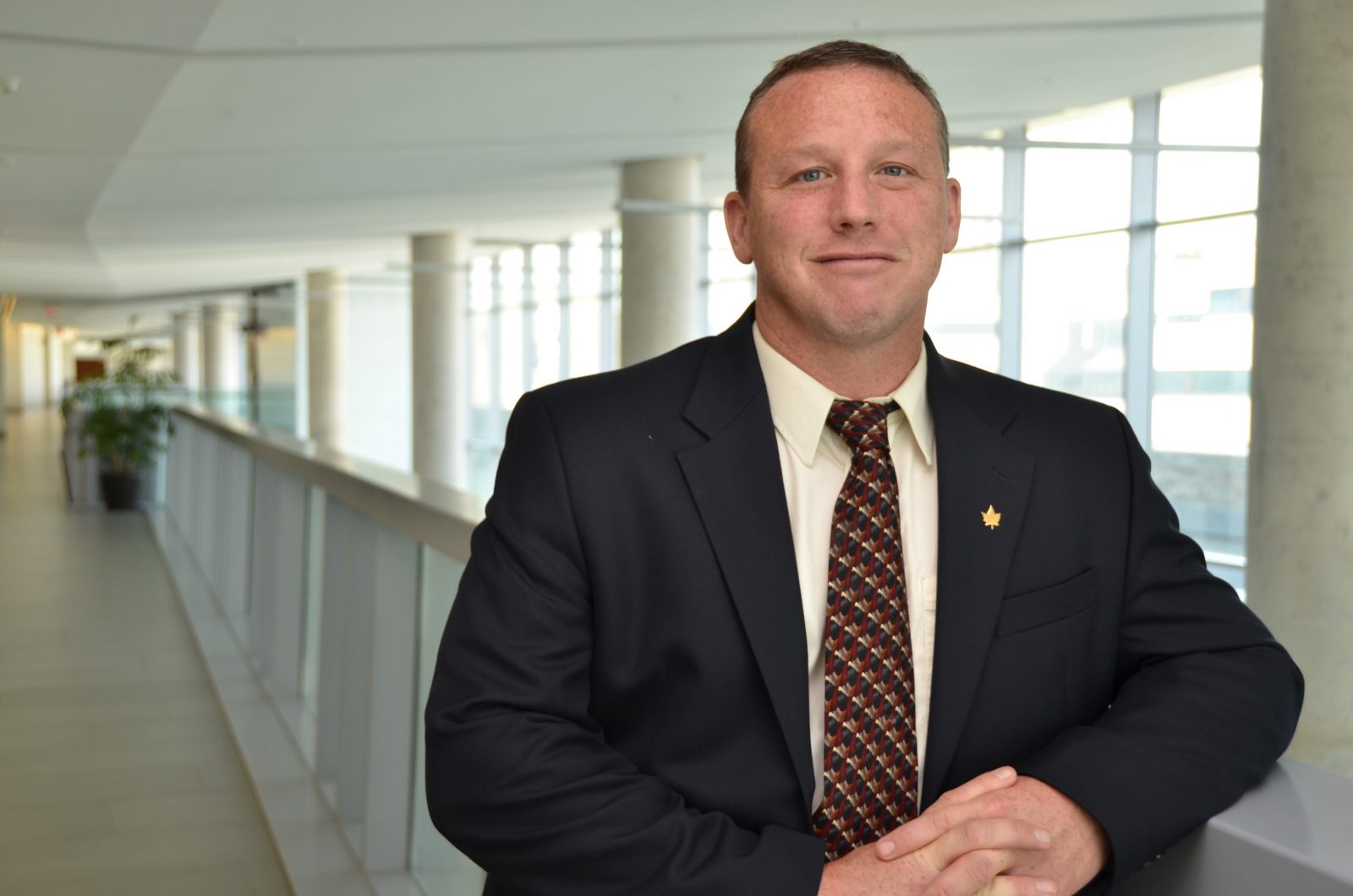 James Mandigo has announced he will be leaving Brock this summer to become Provost and Vice-President Academic at University of the Fraser Valley.

The Brock community is losing a dynamic energy as James Mandigo has announced he will be leaving this summer to become Provost and Vice-President Academic at University of the Fraser Valley.

Mandigo, who has been a visible presence at Brock since arriving 19 years ago, has served for the past three years as Vice-Provost, Enrolment Management and International.  He will wind down that role this summer and report for his new job in British Columbia on Sept. 1.

After sharing the news with his staff this week, he said the decision was made with a heavy heart.

“This is not about me wanting to leave,” he said, “but there are only 97 of these jobs in all of Canada, and you don’t get many opportunities like this. So when you do, you have to go for it. I will try to use the skills I’ve learned here, and hope to live up to the level of excellence I’ve been exposed to at Brock.”

After arriving in 2000 as a lecturer in Kinesiology, Mandigo’s career reads like an apprenticeship in teaching, research and academic administration. After becoming an assistant then full professor, he was appointed in 2012 as Associate Dean, Undergraduate Studies for the Faculty of Applied Health Sciences (FAHS).

In 2016, he broke new ground for Brock as the first occupant of his current role. The University experienced above-average undergraduate growth during his time in the role, including in years when provincial enrolment trends were stagnant.

Mandigo has also served as Vice-Chair for Senate and Interim Dean for both FAHS and the Faculty of Graduate Studies.

His work as a researcher at Brock includes investigating the role of sport and physical education on the prevention of youth violence in Central America. He has also led several study abroad courses in these countries that have enabled more than 100 graduate and undergraduate students from Brock University to be actively engaged in these research and development projects.

University of Fraser Valley has its main campus in Abbotsford, B.C., as well as campuses in Chilliwack, Mission and Hope. Mandigo says it has some key similarities to Brock, with a strong history in providing excellence in undergraduate education, seven academic Faculties and an emphasis on engaging with local communities.

“Like Brock, it’s a regional university with community partner relationships, very student-centred and focused on making an impact locally. This is really about taking what I’ve learned here and having an opportunity to use it in a new setting.

“Brock has prepared me for this. I’ve had such great mentors and role models, they’ve developed me to take on this new challenge in my career. Brock is an amazing place. With our new strategic plan and the President’s vision for that, Brock’s on a great trajectory, and it was hard making a decision to leave at this point in Brock’s history. Great things are happening here, and better things are going to happen.”

Brock President Gervan Fearon said Brock owes a debt of gratitude to Mandigo for his leadership and support during an era of transition for the University.

“James Mandigo has made significant contributions to Brock at a local and international level,” said Fearon.

“His mark in the University and in the community will be celebrated for years to come, including his supportive contributions to many teams and colleagues at Brock.

“We are proud of his accomplishments, and congratulate him on his new opportunity. We know he will make great contributions there, too.”