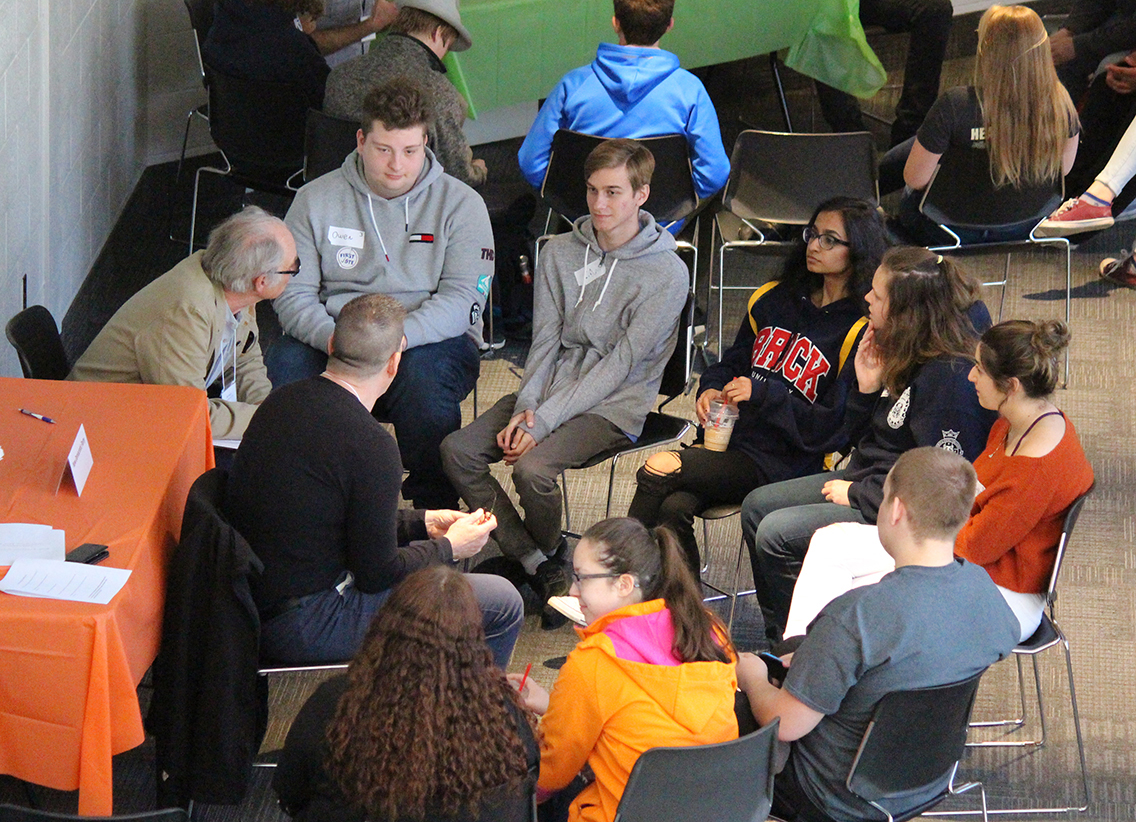 Tuff-Berg is the CEO of First Vote, a one-day educational conference that aims to prepare senior high school students for their first trip to the ballot box.

On Wednesday, May 8, more than 100 local teens gathered at Brock’s Pond Inlet for the second annual event, which is intended to improve awareness, knowledge and understanding of politics. 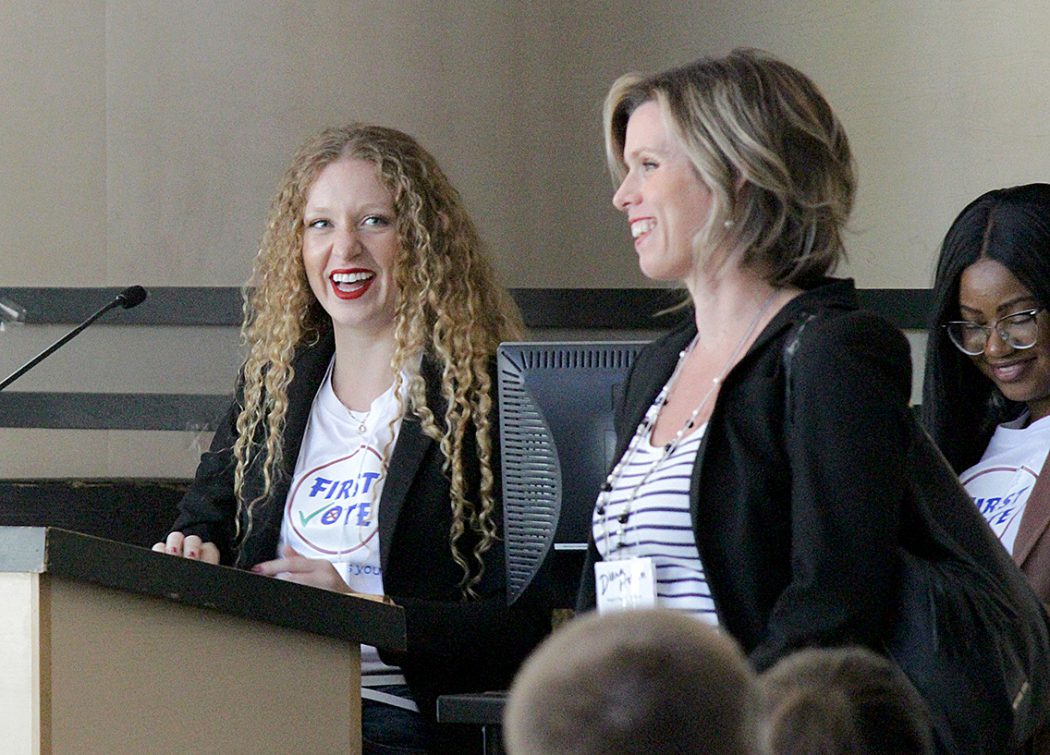 The young learners participated in a mock election, listened to a variety of speakers and engaged in a networking session with local politicians and civil society organizations.

“We hope it helped high school students get a taste for politics, while also seeing some of the opportunities available to them at Brock,” Tuff-Berg said.

First Vote began at the University two years ago when a group of Political Science students “realized there was a gap in our voting system and politics — youth involvement,” she said. They set out to discover why young Canadians historically have the lowest voter turnout of any age category.

Contrary to popular myth, the low participation rate is not because youth don’t care. From household debt to social justice, many young people are passionate about issues affecting Canada.

“They’re very vocal on social media and active in starting demonstrations and rallies, which is inspiring,” said Tuff-Berg. “Now they need to vote for someone who can represent their views.”

She hopes First Vote can help youth make the link between their passion and political engagement.

Politicians gear their policies toward the segment of the population that is most likely to vote, she said, and unfortunately, right now, that’s not youth.

Associate Professor of Political Science Tim Heinmiller explained to the First Vote crowd the left-right ideological spectrum and how those terms are commonly used to describe Canadian politics.

The self-described “pan-partisan” — he purchased memberships in all major political parties in Canada — situated the parties along the spectrum from communism on the extreme left to fascism on the extreme right.

“Involvement at the fringes should raise a red flag,” Heinmiller told the crowd, as both left- and right-wing extremists abandon values of democracy and human rights. He urged anyone toying with extreme ideologies to “check yourself before you wreck yourself.”

Niagara Regional Councillor Diana Huson (BA ’11, MA ’13, MBA ’17) shared with the group her early experiences with politics, describing her days volunteering for her aunt’s political campaigns as a teen.

Huson who also works as Brock’s Manager of Curriculum Management, Policy and Outreach, encouraged attendees to “become informed and engaged in as many ways as possible. This includes potentially putting your name on the ballot in a future election.”

Grade 12 DSBN Academy student Justice Landry felt First Vote was an “extremely important” event both he and his classmates benefitted from.

“I never knew about politics. We don’t talk about it at home,” he said. “I want to vote but (until today) I knew nothing about it.”

The First Vote committee is hopeful Landry is only one of many students who had an eye-opening experience at the conference.

“This initiative is an excellent example of the fundamental role that universities play in developing good citizens who want to make a difference in their communities,” said Ingrid Makus, Dean of Social Sciences. “I applaud the students, faculty and staff engaged in this significant project.”

While First Vote currently serves high school students in Niagara, there’s potential to expand into Hamilton and other areas of the province.

“We’d like to spread this message and do cool things throughout Ontario,” said Tuff-Berg.

For more information or to get involved in First Vote, visit the organization’s website. 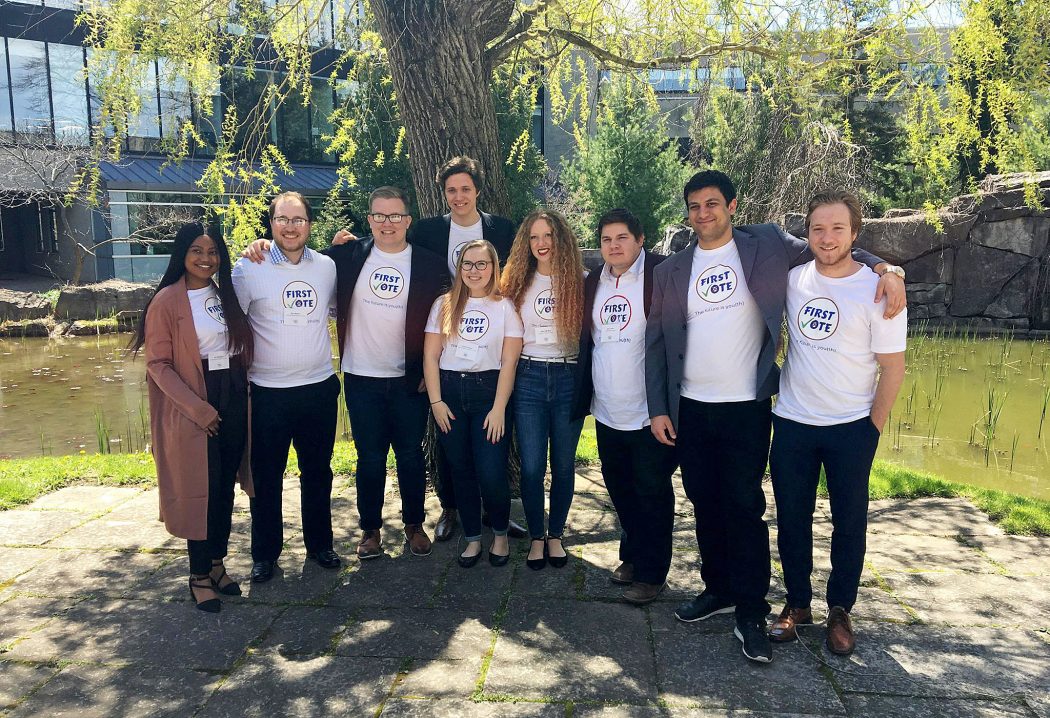