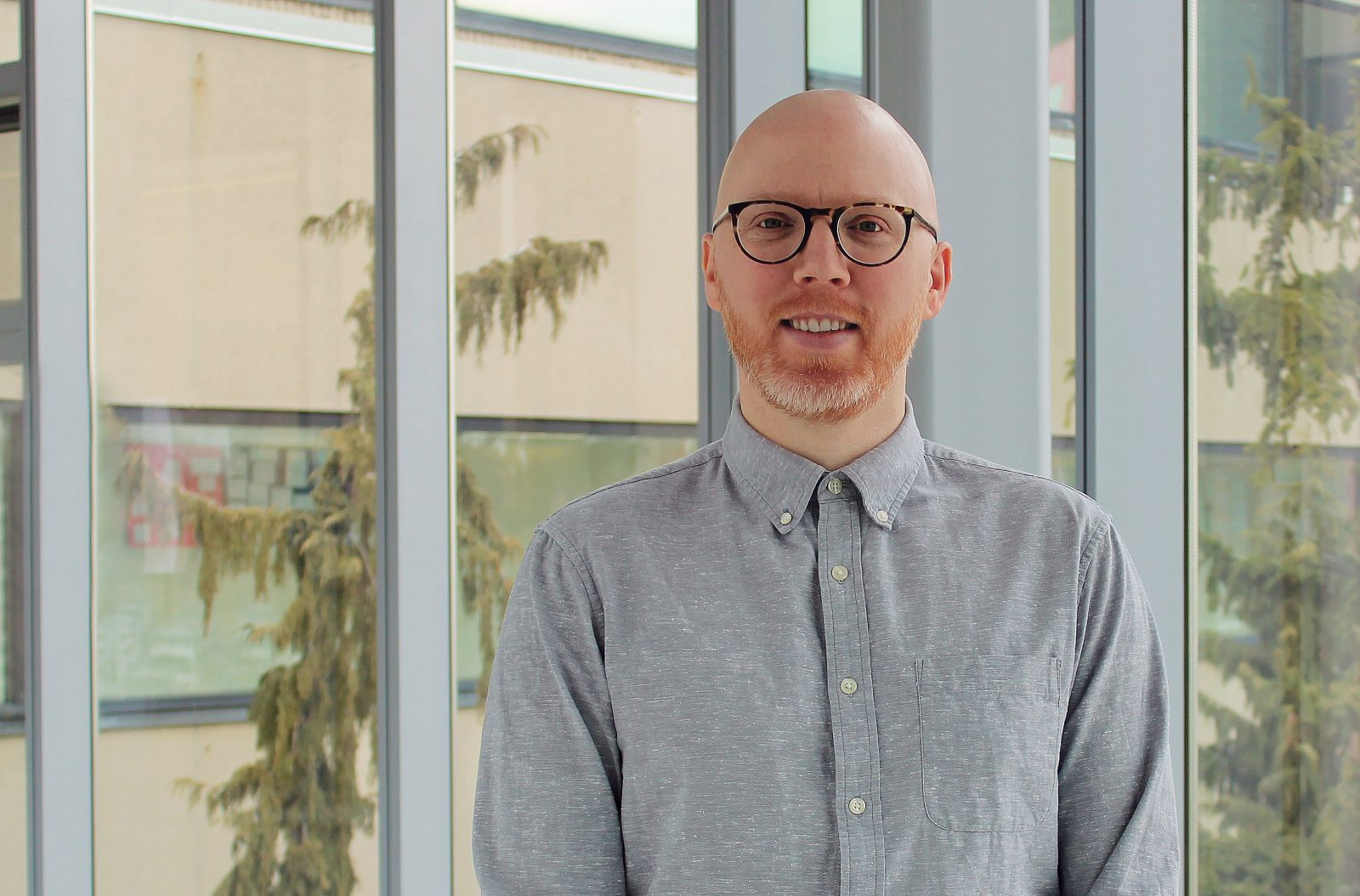 How labour movements and community organizations can work together effectively is at the heart of a cautionary tale shared by Simon Black, Assistant Professor of Labour Studies.

Unions often rely on existing community organizations to help them make essential connections with local stakeholders and activists. But, what happens when community networks are weak or non-existent?

Black answers that question in his recent paper, “Community Unionism without the Community? Lessons from Labour-Community Coalitions in the Canadian Child Care Sector,” which looks at the fight to defend municipal child care centres in Toronto and in nearby Peel Region. 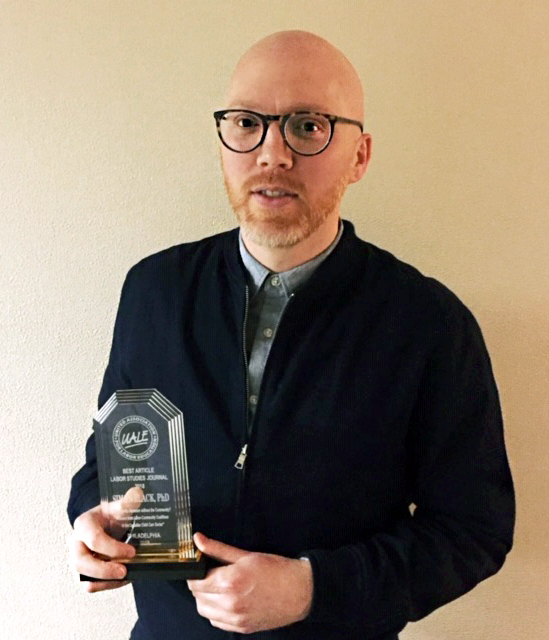 Simon Black, Assistant Professor of Labour Studies, was presented with the best article award from the Labor Studies Journal.

His analysis yields important and timely lessons for community and labour activists alike. The paper was recently recognized with the best article award from the U.S.-based Labor Studies Journal.

According to Black, Ontario’s municipal centres have been under intensive fiscal pressure due to the neoliberal restructuring of public services in the wake of the 2008 financial crisis, despite their global reputation for high-quality child care.

Unions typically stay in the background of such campaigns, preferring to support community and advocacy organizations to act as the face of the campaign. In Toronto, an existing culture of engaged activists and parent groups allowed the union and community to mobilize. A larger grassroots anti-austerity movement that was building in reaction to the City’s budget provided additional momentum. In the end, Toronto’s municipal child care centres were saved.

The municipal centres in Peel were not so fortunate. Activists had employed many of the same tactics, so why were the results so different?

Lacking the strong community ties that buoyed the Toronto campaign, defenders of public child care in Peel were forced to quickly build from scratch a coalition of parents who were new to advocacy and organizing, Black says. In a very short time, the Peel campaign had mobilized hundreds of supporters and put considerable pressure on local politicians.

In what seemed like a reprieve for the centres, Peel council voted to defer their decision on closures for nine months. But, instead of victory, the campaign petered out as exhausted parents were unable to sustain the necessary momentum, says Black.

“It was definitely part of Peel’s strategy to have a time out, to break the momentum of the activists,” he says.

Black suggests that labour activism is often most needed where it is least welcome: in conservative-leaning suburbs where unions are likely to face public hostility.

“Unions have to play a role that’s not just in the background, despite the fear of a taxpayer or political backlash,” he says. “They have to go in and organize tenants, organize unorganized workers, organize parents and students, to build the power of the community before you can have a good community-union partnership.”

He acknowledges that community organizing is difficult and resource-intensive but says, “the alternative is privatization, the closure of daycares, the closure of hospitals.”

“In labour studies, you hope to reach a broad audience of working people and you hope that your research informs union and community strategies to defend things like high-quality child care, especially in the current political climate.”

“Take something like the 50 per cent cut in funding for public library services,” he says. “You could see community and labour coming together to save library services in St. Catharines. That could be the kind of fight we see.”

The recognition of “Community Unionism without the Community?” by the Labor Studies Journal is “particularly impressive for a paper focusing on Canada,” says Kendra Coulter, Chair of the Department of Labour Studies.

Although his paper examines a Canadian labour struggle in the child care sector, Black says “the broader question of labour and community” is what interests American readers.

How to effectively navigate the complex, and sometimes fractious, relationships between unions and community groups, “is something that labour studies scholars in the U.S. have been trying to figure out for some time,” he says.

“In this time of austerity,” says Black, “if we’re going to defend public services like libraries, child care centres, and hospitals, we’re going to have to work through how communities and labour movements can work together.”