Brock researcher honoured by the Austrian Academy of Sciences 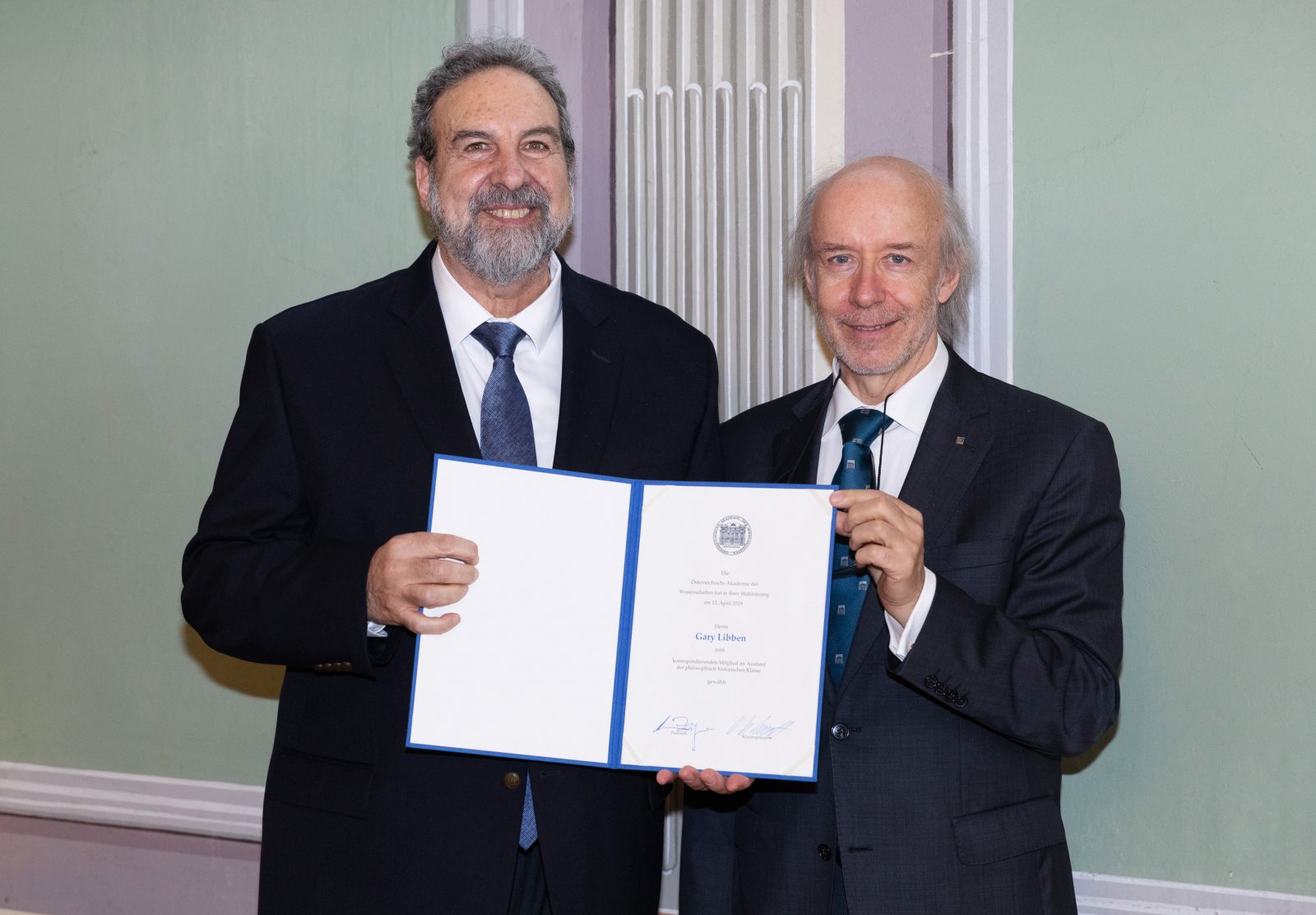 Brock Applied Linguistics Professor Gary Libben has been elected as a Corresponding Member to the Austrian Academy of Sciences.

He received the prestigious designation at a ceremony in Vienna on May 10.

“I am extremely honoured by this,” said Libben, Chair of Brock’s Department of Applied Linguistics. “The Austrian Academy of Sciences is a truly wonderful organization whose mission it is to promote science in every way.”

Libben was one of six non-Austrian members, and the only non-European member, elected this year.

He has a long-standing association with the Austrian Academy of Sciences, that country’s leading non-university institution for science and research focusing on knowledge transfer and basic research.

The Austrian Academy of Sciences is an official partner in the Words in the World international language research project Libben created with funding from the Social Sciences and Humanities Research Council of Canada (SSHRC).

Libben has also been a visiting professor several times at the Department of Linguistics at the University of Vienna, where he has ongoing collaborations.

“I have the pleasure of working with wonderful colleagues and students in Vienna,” says Libben. “When I cannot visit in person, we hold regular Skype meetings. Those meetings bring together students at Brock and University of Vienna, which I think is a great opportunity on both sides.”

The key to this kind of work, says Libben, is a sustained research partnership. He gives the example of his collaboration with his University of Vienna colleague, Professor of Linguistics Wolfgang Dressler.

Libben’s recognition by the Austrian Academy of Sciences follows his receipt of the National Achievement Award from the Canadian Linguistics Association in 2017. He is Director of the Words in the World SSHRC Partnership Grant and has been a member of the Royal Society of Canada since 2008.

“I feel myself to be extremely privileged,” says Libben. “I work with fantastic students and colleagues from whom I get to learn new things every day and have the opportunity to break new ground on both pure and applied language research. What could be more fun than that?”