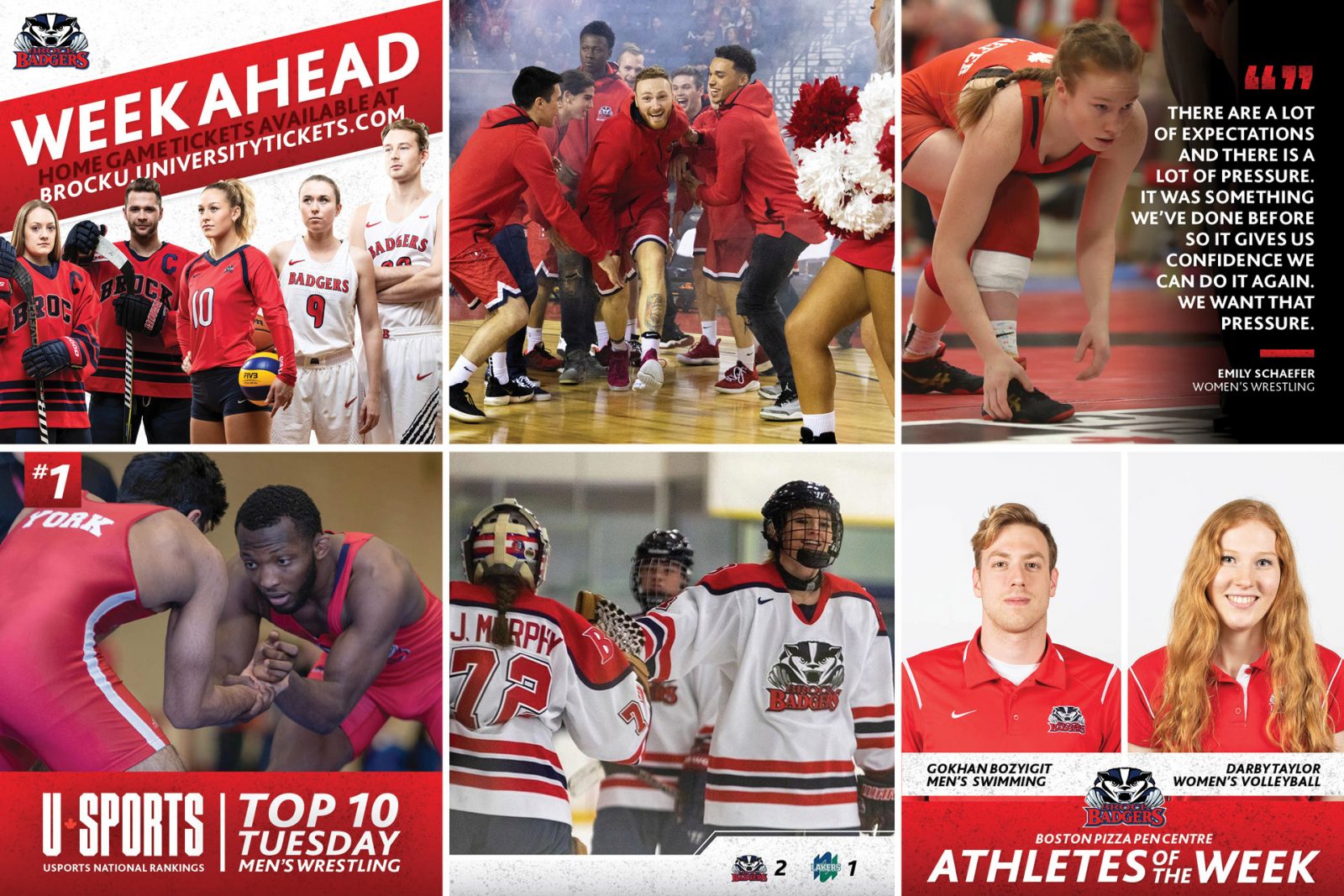 The fifth annual OUA CHAMP Awards (Celebrating and Honouring Achievements in Marketing and Promotions) were held in Kingston, where Brock University won awards for Best Social Media Account and Photo of the Year.

Over the past athletic season, the Brock Badgers Instagram account had a 61 per cent increase in followers, which Ancillary Services Marketing Manager Kate Dudley said was a testament to increasing school spirit on campus.

“Our goal as it relates to social media is to enhance and elevate the Brock Badgers brand by producing content that engages both students and the greater community,” said Dudley. “We are inspired daily by the stories and accomplishments of our teams, students-athletes and fans, which makes our job fun.”

The #WeAreBadgers hashtag was introduced this year and sparked 357 per cent growth in engagements numbers (likes, comments, shares) over the previous year.

“We owe a big thank you to all of the Badgers fans, alumni, media outlets and community members for their continued support,” Dudley said.

Also honoured was Stephen Leithwood, Ancillary Services Communications Officer, who received the award for Photo of the Year. It captured the celebratory bronze medal win at the OUA Women’s Fencing Championships that was hosted at Brock University in February.