Classroom to be named in honour of longtime Brock professor, administrator 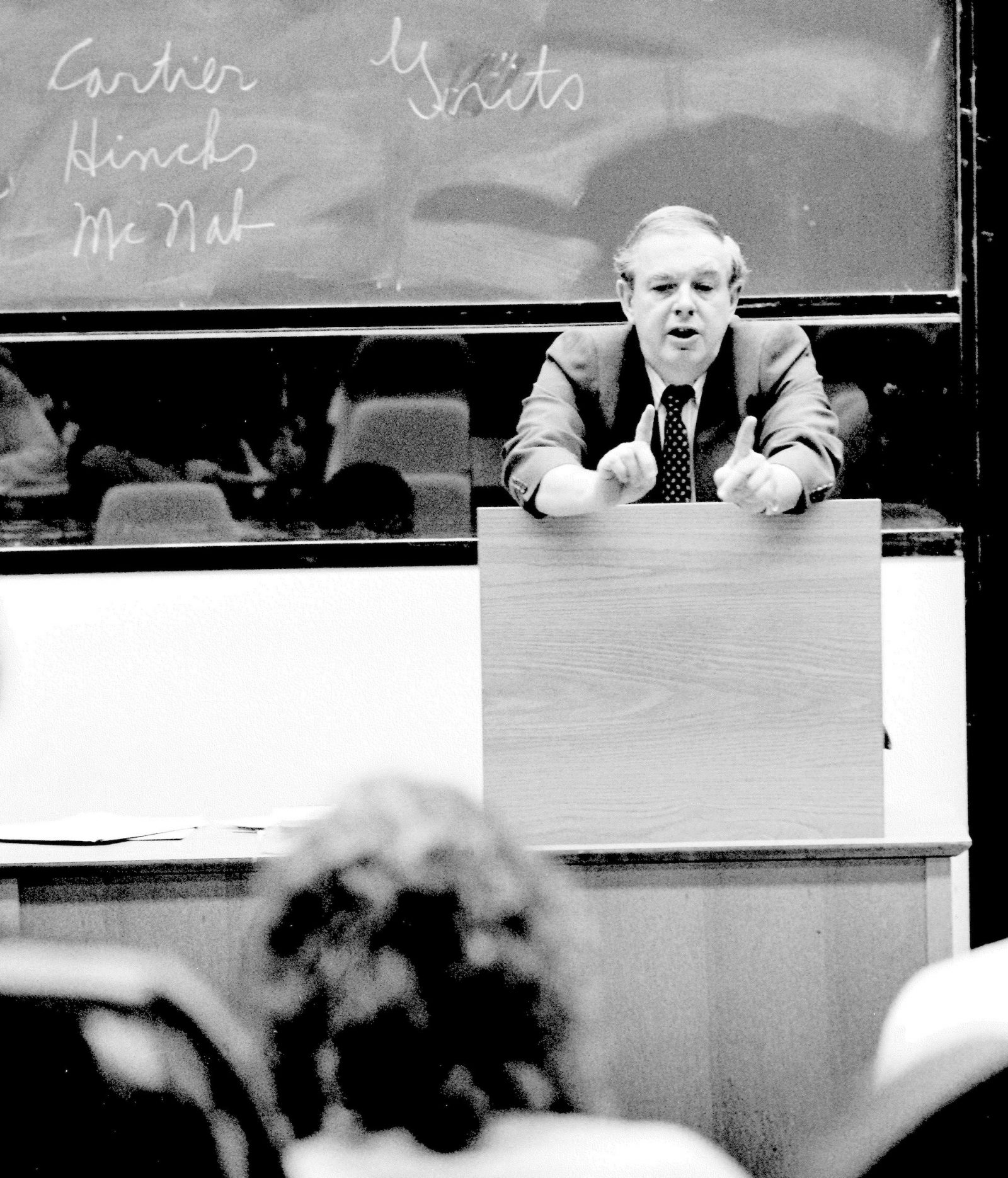 Bill Matheson in a lecture hall, 1987: "My approach was ... to always be available and to encourage them so that they would have the best possible university experience."

In his three decades at Brock, Bill Matheson left an indelible mark on his students and the University as a whole.

Matheson was Brock’s first Dean of Social Sciences, first Vice-President, Academic and served as Acting President for a number of months in 1983. But it was in the classroom where the award-winning teacher was in his element.

Appropriately, a classroom in Brock’s Thistle Complex will be named in honour of the Political Science professor on Monday, May 6.

It will further strengthen Matheson’s connection to the University he called home for 30 years.

In 2008, when Oakville lawyer and Brock alumnus Art Peltomaa (BA ’74) made a generous gift to Brock, he chose to name the University’s new Learning Commons in honour of Matheson rather than his own name.

After passing away in December 2017, Matheson left a gift to the University in his will to enhance the William Matheson Bursary — an award established in his honour upon his retirement from Brock.

Monday’s ceremony to name classroom Thistle 245 is open to the Brock community. Please RSVP to Lisa Bible at x4190 or lbible@brocku.ca

What: William A. Matheson Classroom naming
When: Monday, May 6, 11 a.m.
Where: Thistle 245, Brock University