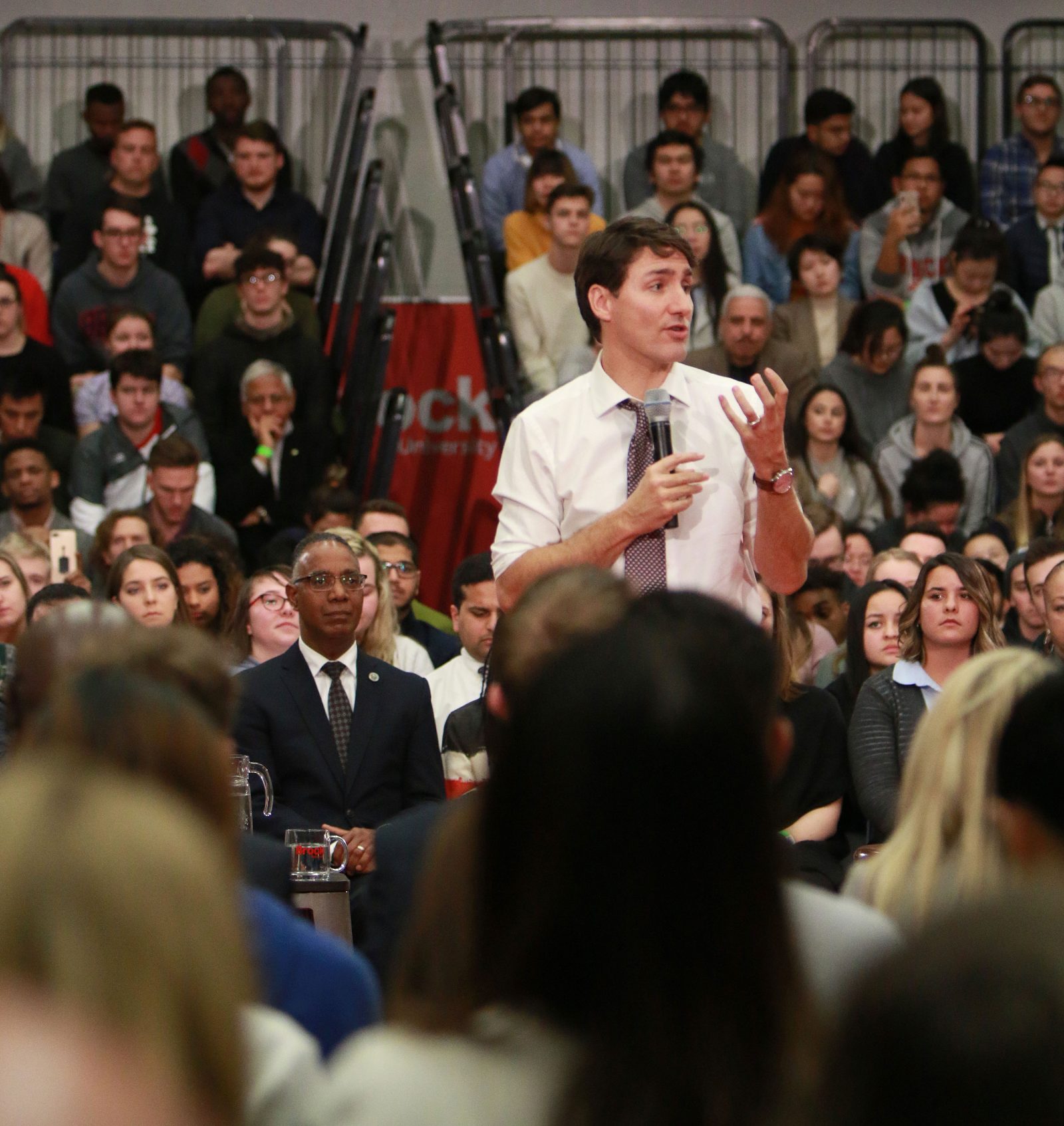 In addition to showcasing Brock to a national audience, Prime Minister Justin Trudeau’s recent town hall at the University provided invaluable opportunities for students in the Faculty of Social Sciences (FOSS).

Recognizing the event, made possible through the hard work of dozens of members of the Brock community, had the potential for unique experiences, Social Sciences Dean Ingrid Makus and Chair of Sociology Kate Bezanson immediately got involved and began inviting students from the Faculty to volunteer.

Among those chosen to participate were Jessica Falk and Samantha Powless. 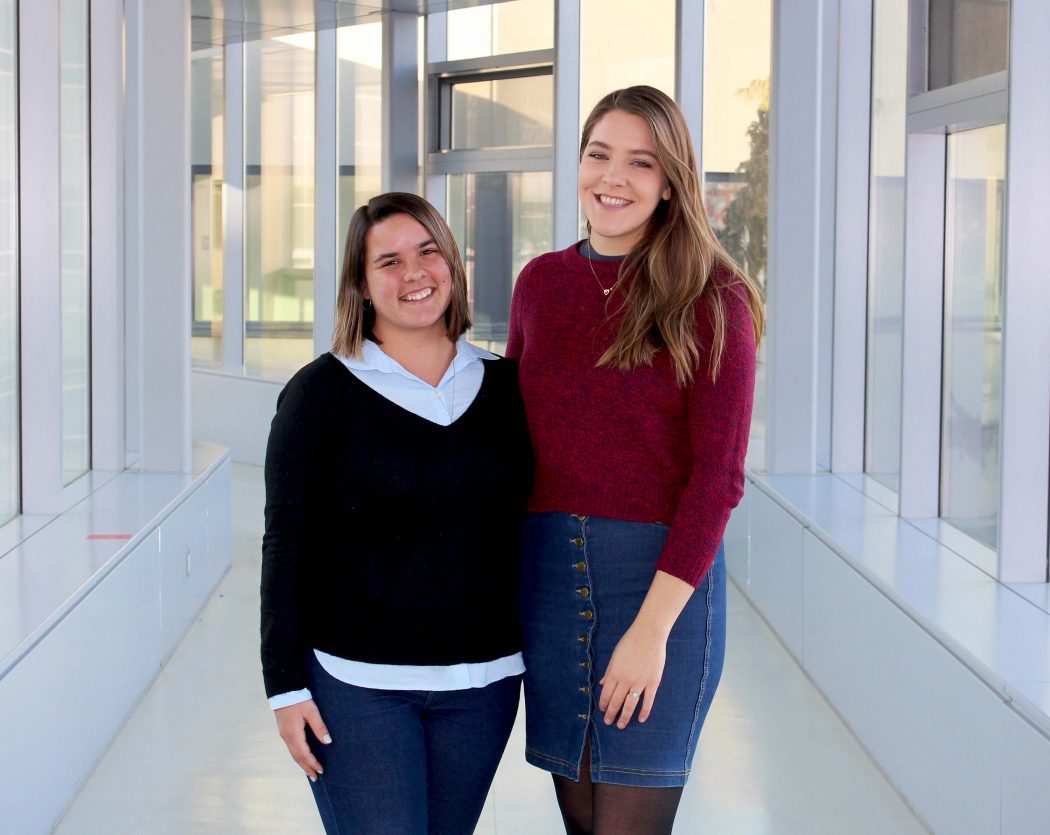 Samantha Powless (left), a Political Science graduate student, and Jessica Falk, a fourth-year student in Sociology and Women’s and Gender Studies, were among the volunteers at the Prime Minister’s town hall event held at Brock on Jan. 15.

Falk, a fourth-year student in Sociology and Women’s and Gender Studies, spent the afternoon shadowing one of the town hall co-ordinators from the Prime Minister’s (PM) Office.

“Because of the importance of the event, security was high,” Falk said. “RCMP and police officers conducted several security sweeps of the gym, surrounding areas and other areas of campus. They even brought police dogs with them to ensure the safety of the PM.”

She called it “incredible to see the amount of behind-the-scenes work that goes into an event like the town hall meeting.”

“I really enjoyed this experience and was honoured to be able to spend the day with the team from the (Prime Minister’s Office).”

The Brock event was one of five town halls held by the Prime Minister across Canada, and the only stop in Ontario.

Powless, a Political Science graduate student who volunteered her time at the event as a FOSS representative, was excited to potentially ask Trudeau a question as one of the many members of the crowd.

“I had planned to ask about the Missing and Murdered Indigenous Women inquiry and what more he will be doing to work towards reconciliation and efforts with Indigenous youth, if he is re-elected,” she said.

Although she ultimately wasn’t called on by the Prime Minister, and would have liked more details on Indigenous issues, she was pleased with how he interacted with members of the audience.

“He offered more in his answers than I expected,” she said. “In my (Political Science) courses, I’ve seen many politicians avoid answers with vague, broad and fluffy language, but he did address a fair number of the questions.”

The town hall “garnered considerable national attention and I congratulate Brock’s collaborative and impressive team effort,” Bezanson said following the Jan. 15 event. “It reflected the centrality of universities in sharing knowledge, engaging in dialogue, dissent and debate, and in fostering democratic participation. And it showed Brock’s central place as a member of the Niagara community.”

Makus said she is proud of the many students in FOSS and across the University who contributed to the success of this event.

“Whether through volunteering for a variety of support roles, standing in line to make certain they could get seats or preparing and asking informed questions, our students demonstrated their commitment to critical inquiry and civic engagement.”