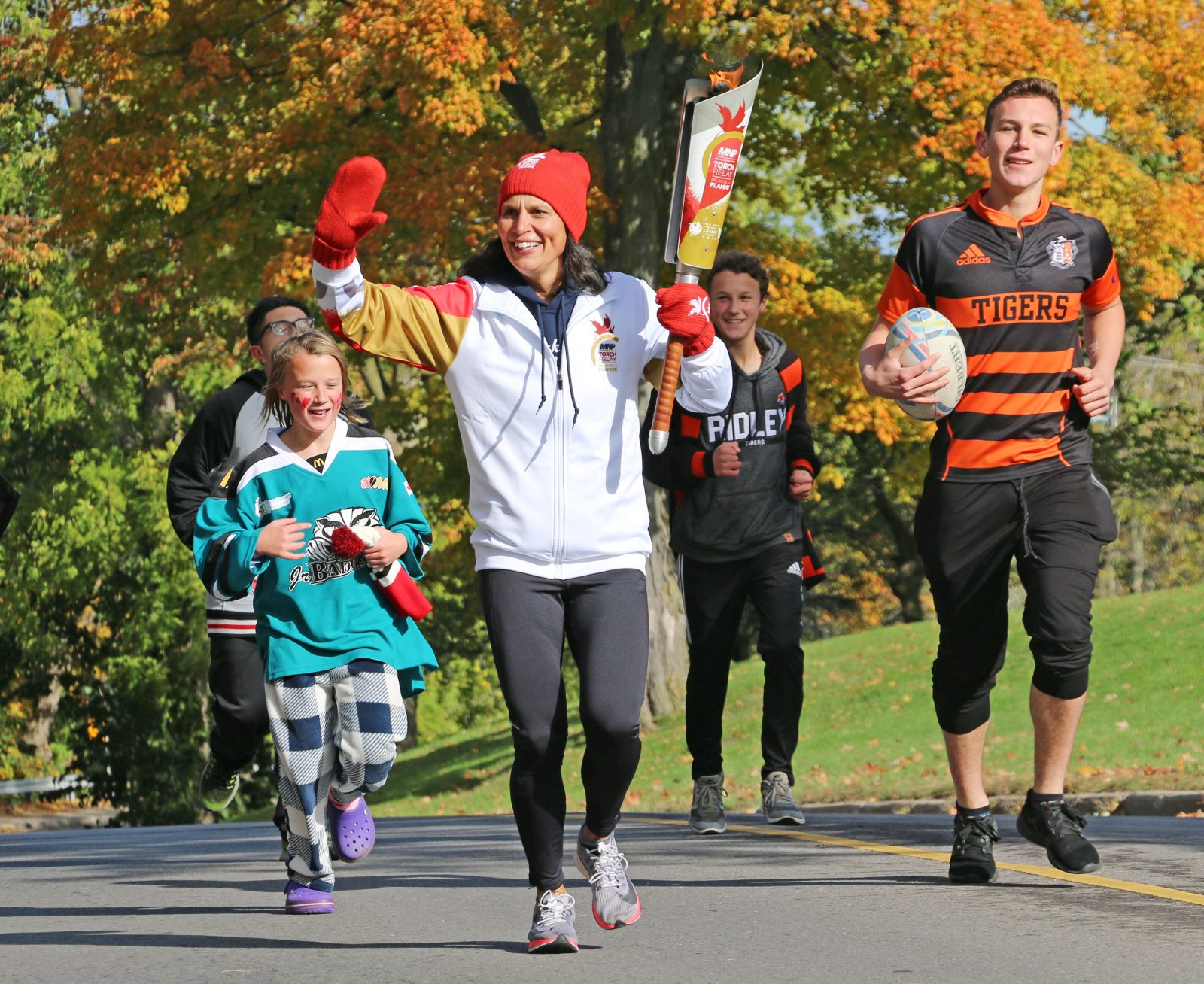 Twenty-five years after she competed as an athlete, the Canada Games came full circle Saturday morning for Karen Natho.

The founder and Director of the Brock Niagara Penguins was one of seven people who carried the Canada Games torch as it made its way from Market Square in downtown St. Catharines to Brock University. 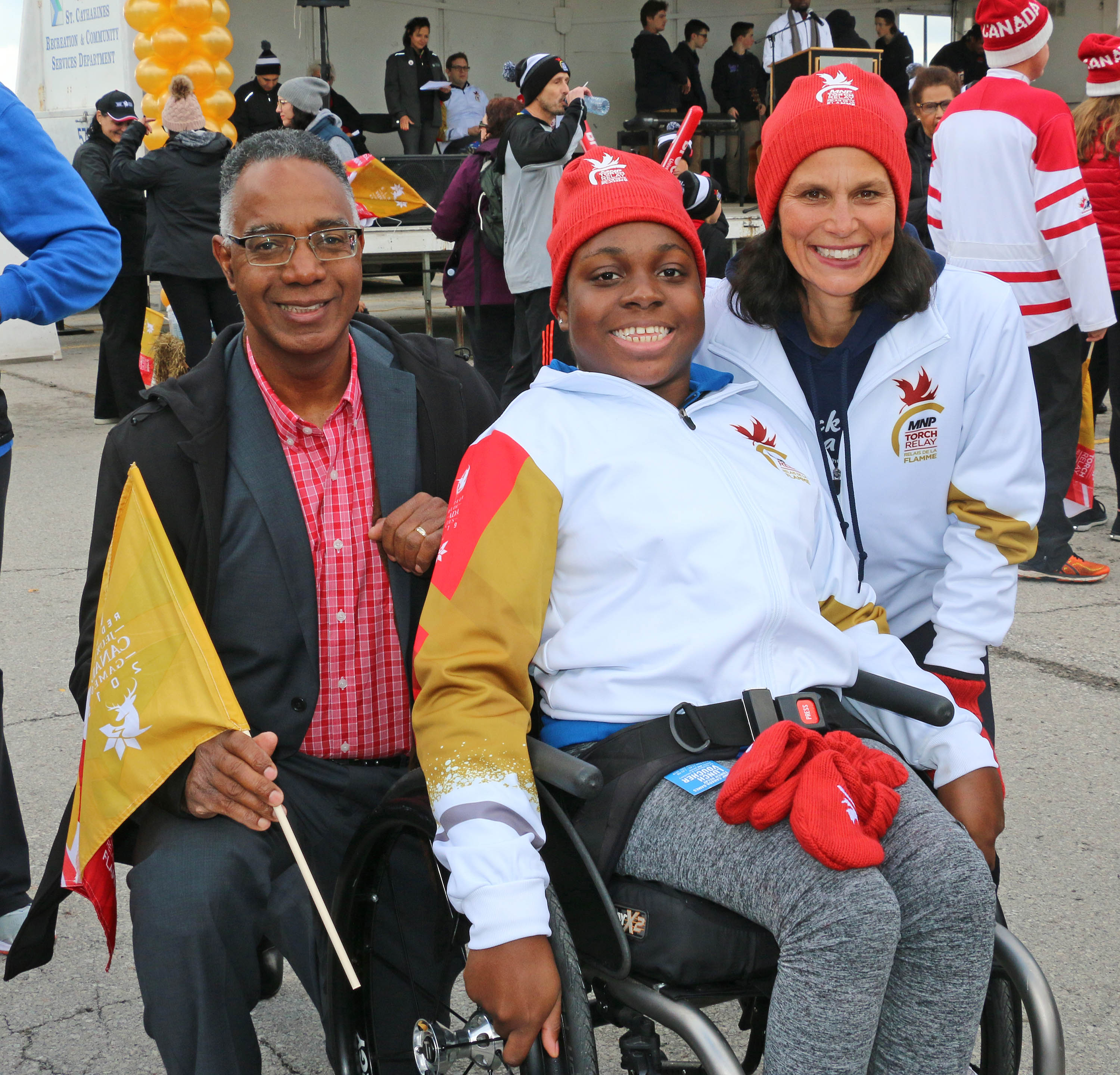 While Niagara will host the Canada Summer Games in 2021, the MNP Torch Relay was in advance of the 2019 Canada Winter Games in Red Deer coming up in February. But with Brock playing a significant role in the hosting of the 2021 Games, it made sense to have the run finish in Zone 2, not far from where Canada Games Park is planned to be built.

Natho, who had the most challenging segment of the run Saturday — straight up Glenridge hill — was honoured to carry the torch.

“The Canada Games were a really impactful part of my life. It’s kind of the reason I am who I am now and why I give back to sport. I recognize that everyone deserves to compete at some level,” said Natho, who ran her segment surrounded by her children and local high school athletes. “Carrying the torch and having my kids there and friends cheering me on was such an honour.”

Among the other torchbearers was Kanice MacLean, a para sport athlete originally from Jamaica. Natho said it’s athletes like MacLean, who is part of the Brock Niagara Penguins program, who will benefit from the Canada Games down the road.

After the final torchbearer of the day, Aalanna Romana Rusnak — a young athlete and entrepreneur from Tillsonburg — arrived at Brock, there was a celebration with comments from those involved in the 2019 Red Deer Games, as well as local politicians and officials from both Brock and the 2021 Games.

Brock President Gervan Fearon said the Canada Games represent “the coming together of the entire region.”

“What we saw today in terms of the torch run is a celebration of success, celebration of excellence and the whole region coming together to host Canada here in Niagara,” he said. “For Brock, it’s outstanding to be able to have the torch run end here at the site where we’ll have Canada Games Park, a place where we’ll have the opportunity in 2021 to showcase the entire region.”