Duty done: Reflections on more than a decade as a Brock Trustee 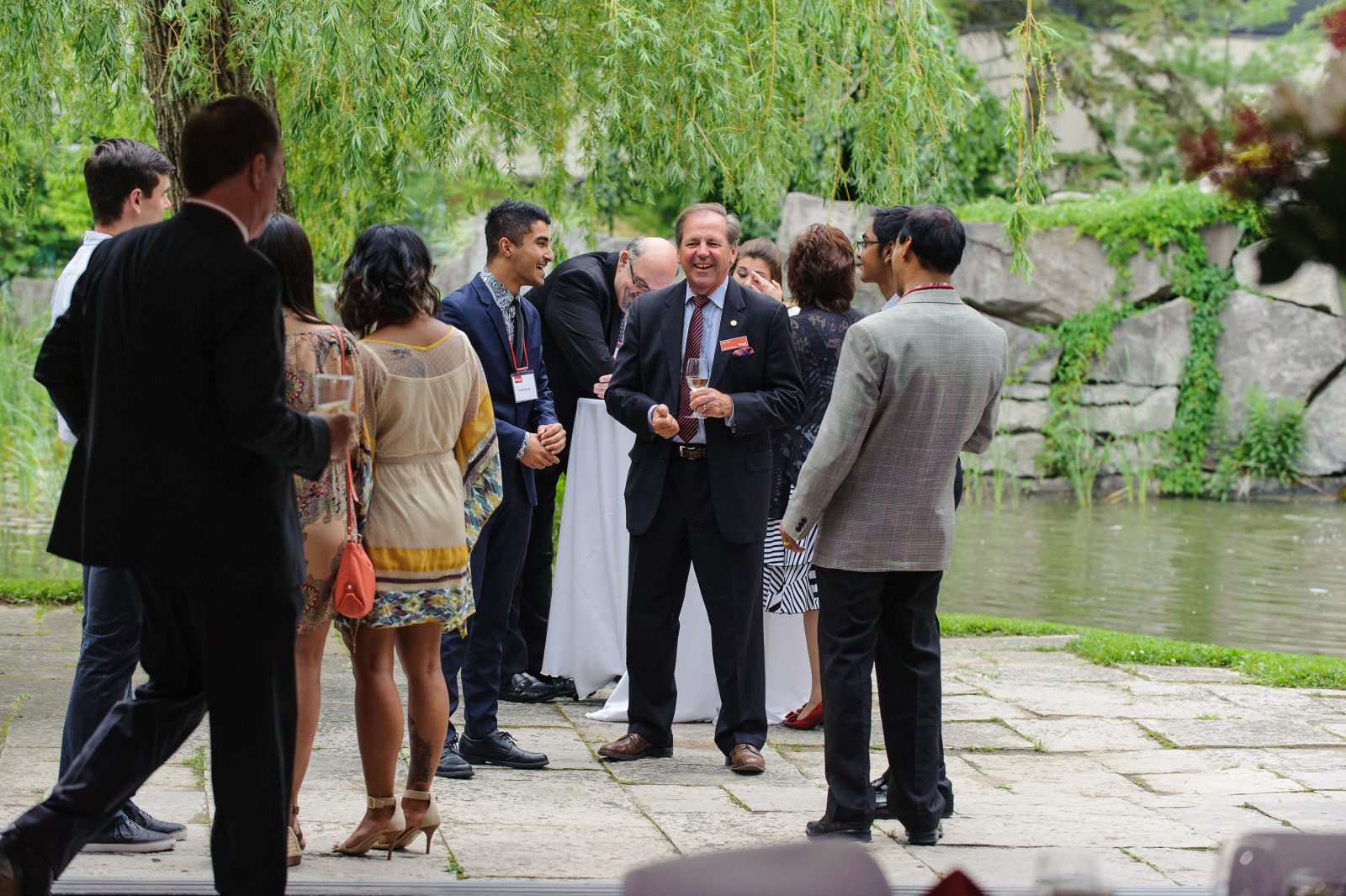 John Suk, centre, celebrates with students and their families following Spring Convocation in 2015.

In a few days’ time, Brock University’s Board of Trustees will launch its 2018-19 cycle of meetings, with some new faces at the table. And for the first time in 11 years, I won’t be among them.

I remember another September, in 2007, when I first joined Brock’s Board. I was President of Nycomed Pharma in Oakville, still four years from retiring from full-time employment. A Brock alumnus from Biological Sciences (1969-73), I had a long-time affection for the University, and understood its importance to the welfare of this region.

My route to the Board was facilitated by my relationship with Ian Brindle. He’d been my lab instructor in 1971-72, and by the time we reconnected he was Vice-President, Research. He asked me for some suggestions regarding a new science building, which would eventually become reality as the Cairns Family Health and Bioscience Research Complex.

As I reflect on my time on the Board, some highlights quickly come to mind. I got to work with three great Presidents: Jack Lightstone, Tom Traves and Gervan Fearon.

Jack is a builder. During his tenure, we added or completed numerous major projects, including the Plaza Building, the Cairns Complex and the Marilyn I. Walker School of Performing Arts. He also attracted a lot of capital and generous gifts to Brock, including the Goodman endowment, Marilyn I. Walker’s donation and the gift from Roy Cairns.

Tom came in as a fixer, a mature voice of reason after a difficult situation. His extensive experience at Dalhousie University and his solid, down-to-earth solid leadership had a calming effect, right when Brock needed it.

And now Gervan has quickly demonstrated a strong grasp of what Brock requires, and has a warm outreaching style, that resonates well with everyone.

I also worked with great Board Chairs, including Norris Walker, the late David Howes, Rudi Kroeker and my very dear friend, the late Joe Robertson. It was my time serving as Joe’s vice-chair that gave me the experience and knowledge to become Board Chair in my own right. And now my successor, Gary Comerford, is an excellent Chair.

Joining the Brock Board can be intimidating. There’s a lot to learn and know, not least being how to manoeuvre in the bicameral governance system. But I soon found that the Board has three crucial, primary responsibilities:

The first two have been accomplished to a very high level, and No. 3 is now in progress, given that a thorough strategic plan was missing upon Gervan’s arrival.

Asked about what suggestions I would share with the next generation of Trustees, I’d say:

It has been my honour to serve the University, especially my three years as Board Chair. Brock today is stronger than when I arrived, due in part to the efforts of the great Board of Trustees and a highly functioning administration. I am excited about the future, about what Brock can become for Niagara and Ontario and the world, and I will always follow Brock’s progress with great interest and pride.

Thank you for this great opportunity. Surgite!

John Suk was a member of the Brock University Board of Trustees from 2007-18, and served as Board Chair from 2014-17. He concluded his final term on the Board earlier this summer.

Read more stories in: News, People
Tagged with: Board of Trustees, John Suk