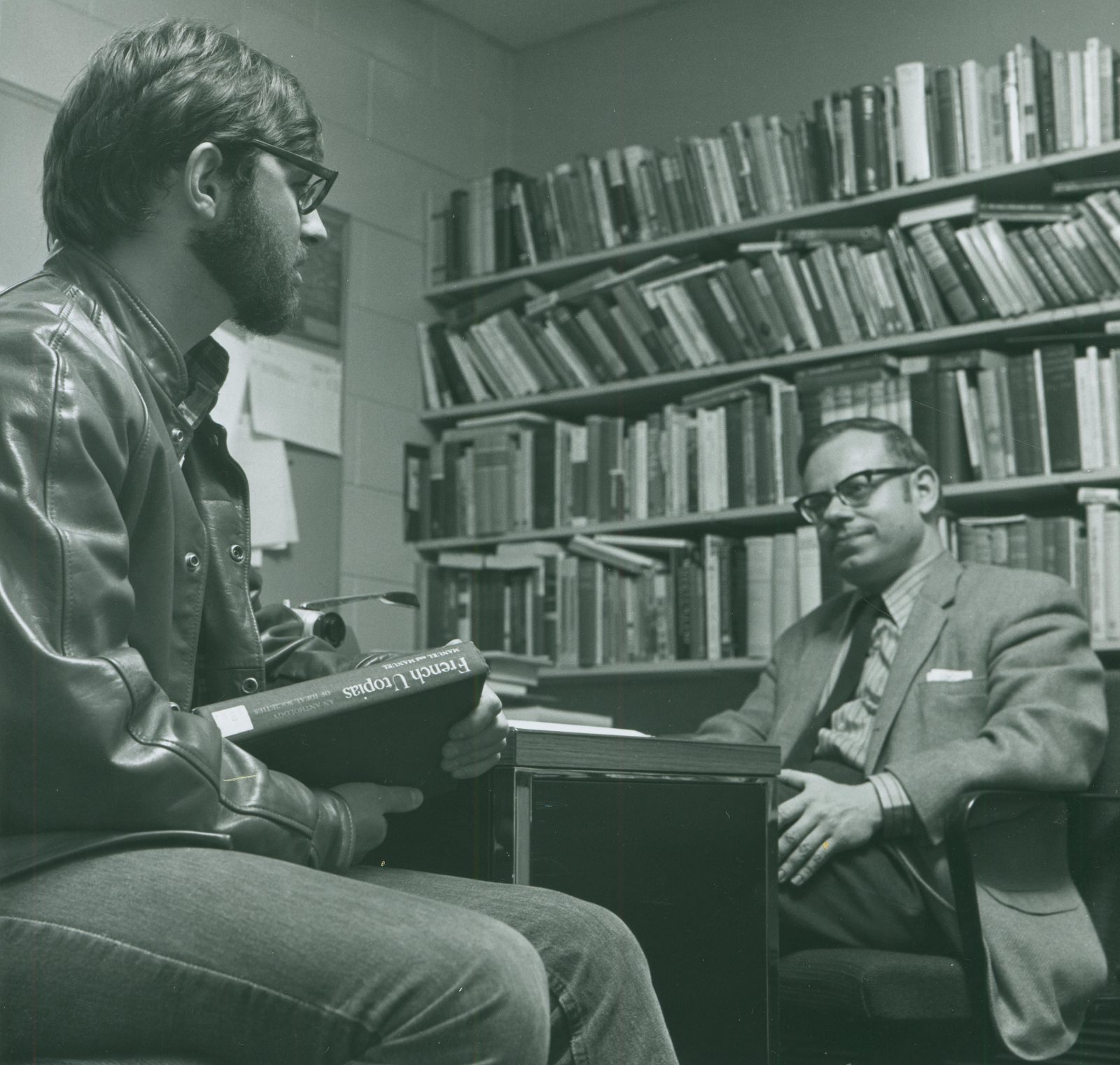 Carl Wolff, pictured at right in this photo from the 1970s, could often be found meeting with students during his time at Brock.

The Brock community was saddened to learn of the death of Carl Wolff, one of the earliest members of the University’s History Department.

A native of Arnprior, Ont., Wolff graduated from Carleton University in 1958 with a degree in History before later completing an MA at Harvard. 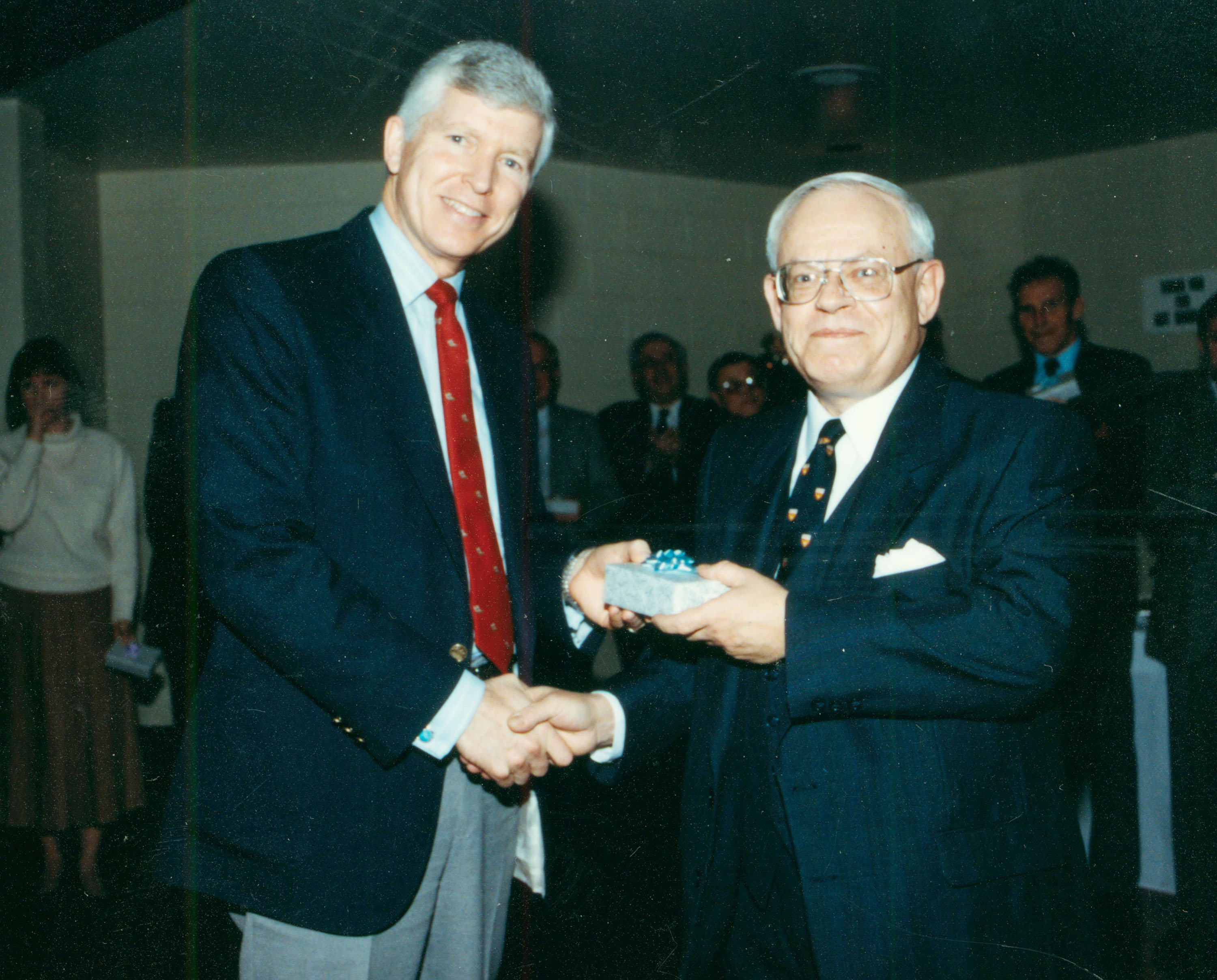 Former Brock President Terry White, left, presented Carl Wolff with a watch in recognition of 25 years of service in 1990.

In 1965, he began an impressive teaching career at Brock that spanned more than three decades. Wolff was first appointed Assistant Professor in the University’s History Department before advancing to Associate Professor. He served as the Department’s Chair on two occasions, from 1976-79 and in 1991, and retired in January 2002.

Liz Hay (BA ’93), who is now Academic Advisor in the Faculty of Humanities, fondly remembers being a student in Wolff’s class in the mid-1980s.

“We affectionately referred to him as the White Rabbit from Alice in Wonderland, for his habit of glancing at his watch and saying, ‘Oh dear, oh dear, I’m late,’” said Hay. “He was a lovely man, and I’ll miss him.”

In addition to his academic duties, teaching courses in British and European History, Wolff was also known for his love of music. Having received his ARTC (Associate of the Royal Conservatory of Toronto) in piano performance and teaching, he served as the Master of Convocation of Music at Brock Convocation ceremonies, was a member of the Brock Fine Arts Committee and was commissioned early on in his tenure to acquire a harpsichord and grand piano for the Thistle Theatre.

Wolff’s love of music also carried over to volunteer work with many local organizations, including the Niagara Symphony, St. Catharines Community Concerts and the Royal Canadian College of Organists.

An accomplished traveller, Wolff continued to enjoy his annual trips to Portugal before returning to live in Arnprior in his later years.

A private service took place on Tuesday, Sept. 4 at the Albert Street Cemetery in Arnprior.

In lieu of flowers, donations in Wolff’s memory can be made to the Arnprior Regional Health Foundation.