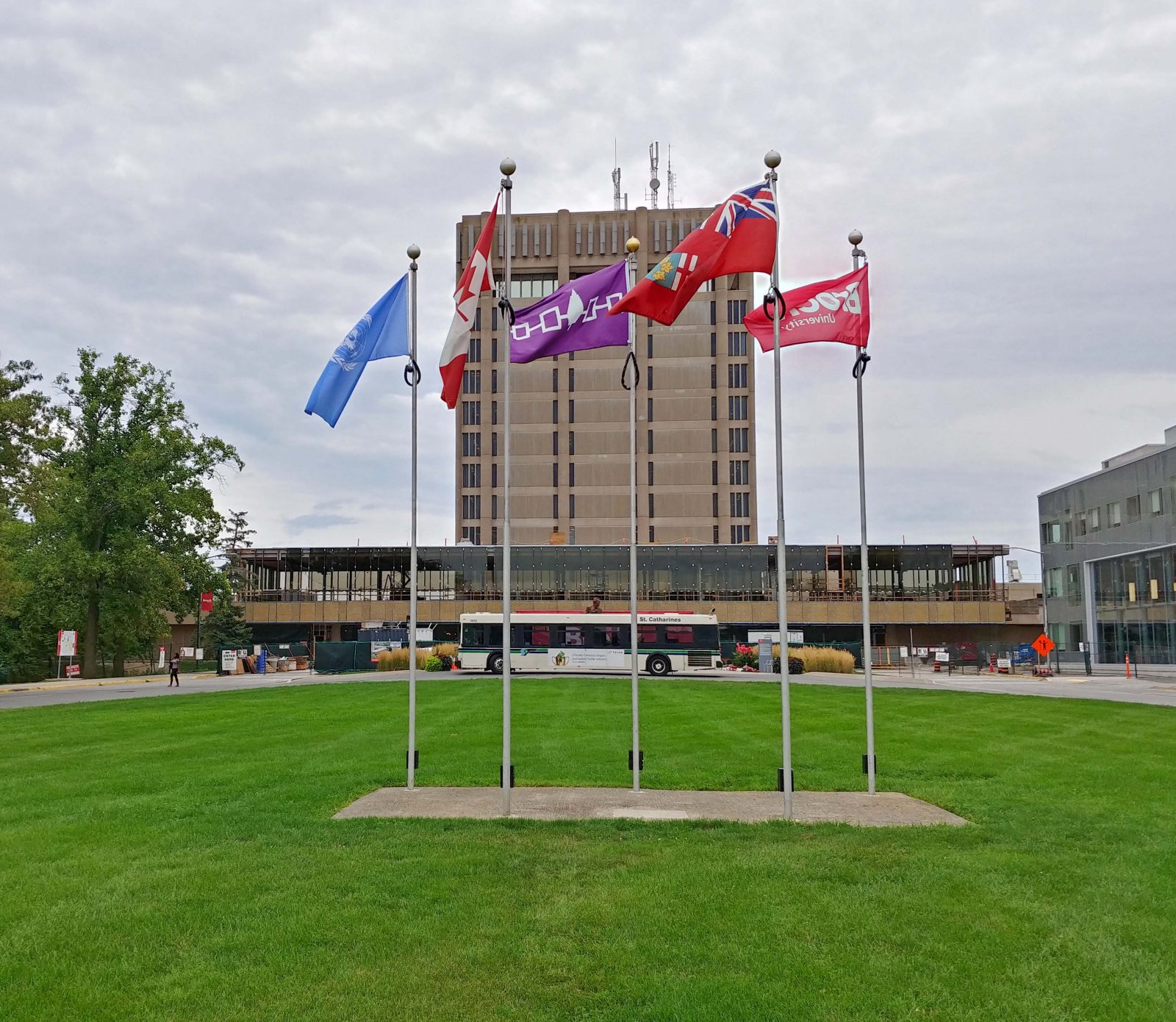 Brock is continuing an initiative launched last spring with a new Indigenous flag now flying at the front of the University.

In April, a fifth flagpole was added to the green space in front of Schmon Tower that throughout the year will feature flags of the many Indigenous communities represented on campus. 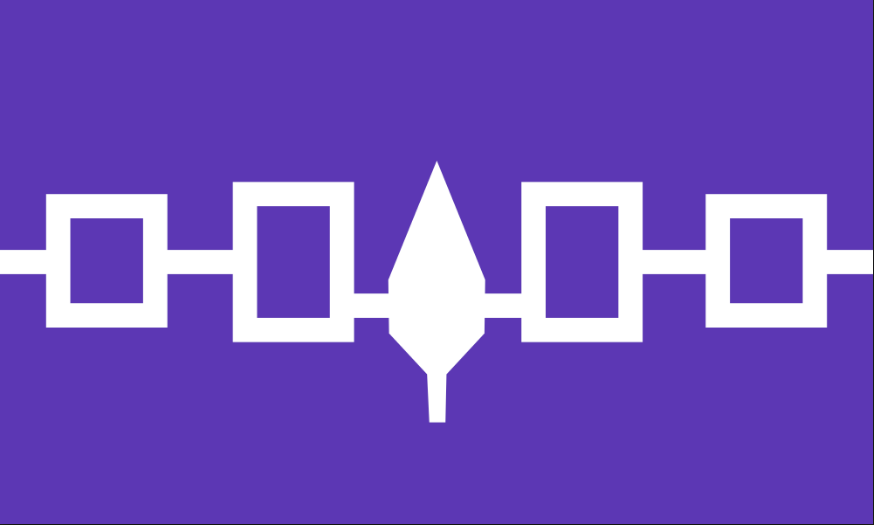 The Hiawatha Belt flag is now featured in the green space in front of Brock University’s Schmon Tower.

The latest flag features the Hiawatha Belt, the national belt of the Haudenosaunee. The belt symbolizes the agreement between the original five Haudenosaunee nations and their promise to support each other in unity.

Lines connect each nation in peace.

The belt represents the moment in history when the five nations buried their weapons of war under the Tree of Peace to live in harmony.

Brock’s flag project was launched through the Aboriginal Education Council and is one of many initiatives meant to promote inclusivity on campus and to show the University’s commitment to indigenizing the institution through meaningful and sustainable changes.

Other initiatives include the creation of the President’s Advisory Committee on Human Rights, Equity and Decolonization (PACHRED); hiring a Vice-Provost of Indigenous Engagement; hiring a Director of Human Rights and Equity; and the creation of the Two Row, One Dish, One Spoon Council, a special committee to advise the University Senate on issues related to Indigenous education.