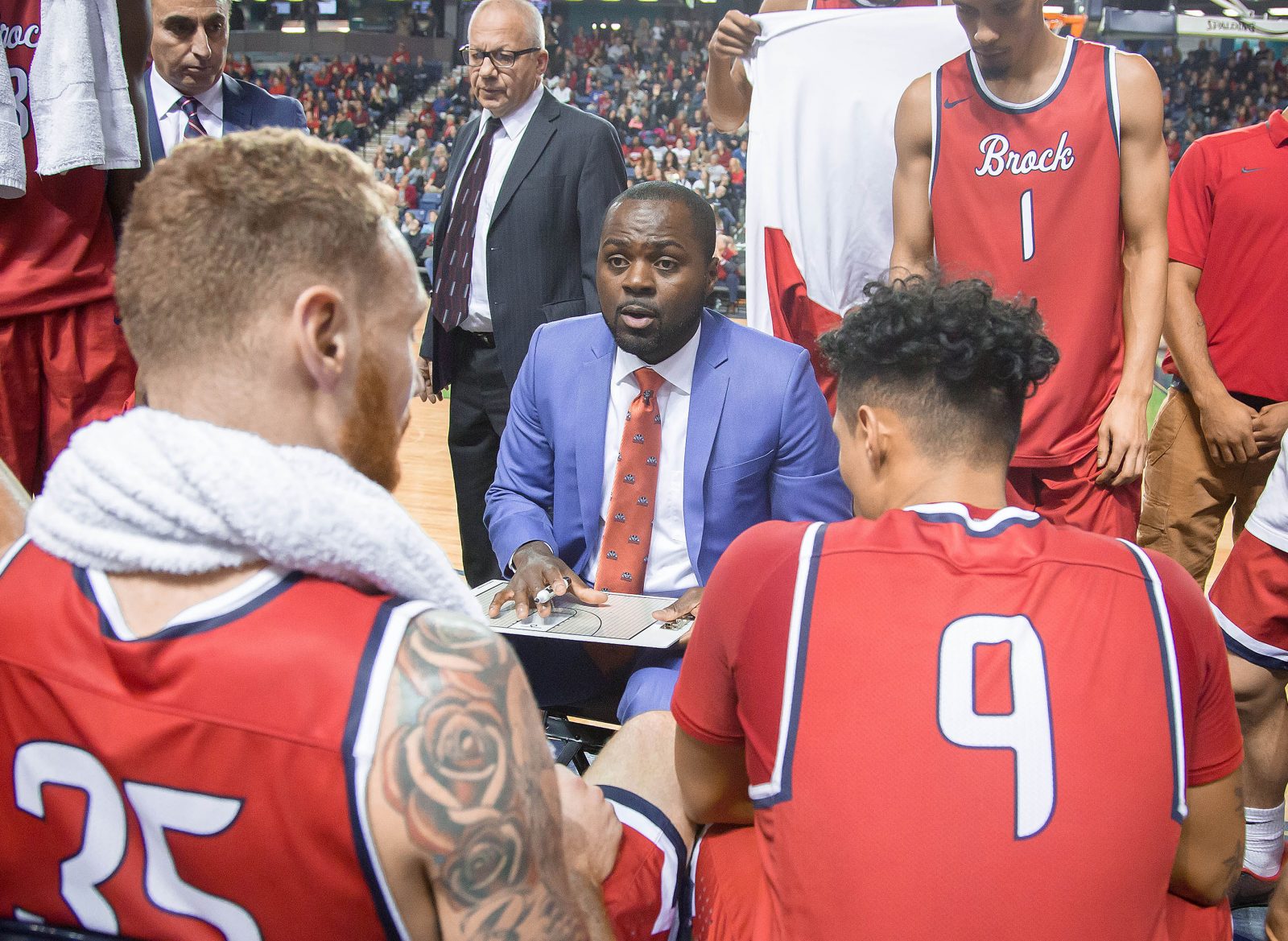 After leading the Brock Badgers men’s basketball team to a fifth-place finish at the U SPORTS National Championships, Charles Kissi is taking a year off from his head coaching duties. But it certainly won’t be a vacation.

Kissi has been named an assistant coach for Raptors 905 — the NBA G League affiliate of the Toronto Raptors — by Raptors 905 head coach Jama Mahlalela and ownership group Maple Leaf Sports and Entertainment.

“Anyone who knows me and my coaching style knows I’m constantly trying to get better,” said Kissi. “This is just part of that professional development process, but I’ve just been fortunate to do that through the Toronto Raptors.”

Kissi has been part of the Raptors family since 2011, when he attended a coaching open house. He spent a year being mentored by former Raptors head coach Dwane Casey, attending practices, sitting in on film sessions, going to games and travelling with the team during their summer league and training camps. He has been connected to the organization ever since.

“I’ve always credited the Raptors as being a big part of my development and that’s without being completely 100 per cent immersed in it,” Kissi said. “I’m looking forward to being at that level full time.”

Throughout his time with the Raptors organization, Kissi worked alongside Mahlalela, who was named head coach of the 905 team recently after serving as an assistant coach with the NBA squad since 2013.

“In taking this job, one of my first mandates was that I was given the opportunity to provide other opportunities to Canadian coaches,” Mahlalela said. “I wanted to look at the U SPORTS scene and see who would be a good fit for what we were doing. I think the work Charles has done with Brock has been tremendous.”

“He’ll be a key cog in my staff with many responsibilities,” he said. “I’ll be leaning on him for advice. His time at Brock and his experience as a head coach is something I’ll be tapping into.”

To take on the new role, Kissi knew he had to step away from Brock, where he serves as head coach of the men’s team and manager of basketball operations.

“Professional development is something we value greatly here at Brock University and we know that both Charles as a coach and the basketball program as a whole will greatly benefit as a result of this,” said Brian Hutchings, Vice-President, Administration.

While Kissi’s specific role hasn’t been decided yet, he knows he’ll be involved in plenty of in-game planning, and suspects his focus will be on the defensive side of the game. What’s to come after the first year is yet to be determined.

“My plan is to go there and try to do what I do everywhere: try to get better as a coach, add value to the team and continue to progress,” he said. “At every step I’ve tried to think of what’s best for my family, for me and for the team.

“If nothing else, I’ll come back here and the program will be better off because of the experience I’ve had,” he said.

“The precedent for this sort of secondment in U SPORTS has been set in the past with some of the best coaches in the country stepping away to coach professional or national teams,” Hutchings said. “In the end it’s something that has proven to benefit the coaches and the varsity teams they returned to.”

Kissi is grateful to Brock for the opportunity.

“I want to thank the entire Brock community and my whole department for supporting this. It would have been easy for them to say ‘see you later,’ but they see value in it and that shows good leadership. I’m grateful for that for sure.”

Kissi also thanked his players and fellow coaches who trusted him as he rebuilt the program, and the Brock students and community supporters who he called “the best fans in the country who have created an incredible atmosphere for this University.”

The coach is confident he’s leaving the team in good shape. The Badgers won a record number of games in 2017-18 and made it to the National Championships for the first time in 10 years.

“My job when I came in here was to leave it better than when I found it, even if I’m just leaving for a short time,” said Kissi, who has coached the Badgers for five years. “My plan has always been to step away when the program is healthy. It’s not my program, I’m just the caretaker of it.”

The next interim caretaker of the Badgers men’s basketball team is expected to be named in the coming few weeks, but Kissi said he will only be a phone call away over the next year if he’s needed.

“I’m really looking forward to attending a few games this year and watching the progress the team makes,” he said.