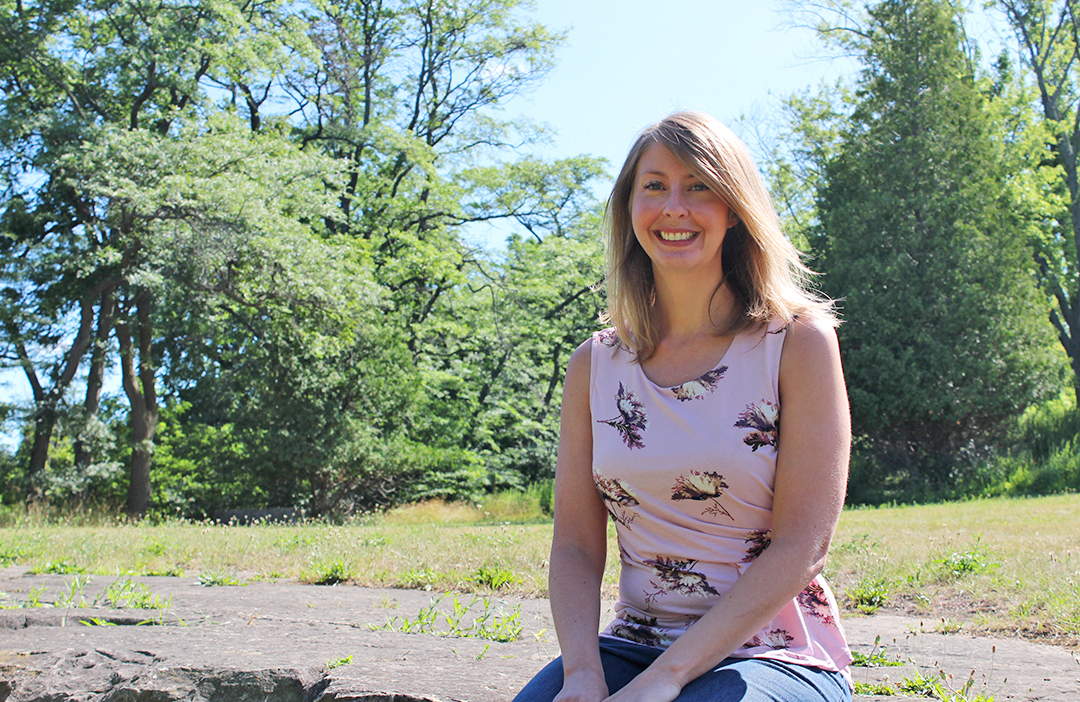 Amy Gilners, both a student and a staff member at Brock, recently donated prize money awarded for her success in studying animals at work.

When Amy Gilners won the Promise Prize for Top Achievement in the Study of Animals at Work, she knew right away what she wanted to do with the prize money — help working animals.

The Promise Prize is awarded each time Kendra Coulter, Associate Professor and Chair of the Department of Labour Studies, teaches her course, Animals at Work. Coulter created the award in 2016 and funds it using the proceeds from her book, Animals, Work, and the Promise of Interspecies Solidarity.

“I already had a strong inclination to protect and advocate for animals, but this course really helped me to realize that animal welfare is a passion for me,” says Gilners, a fourth-year Psychology student and Joint Advisor/Liaison Officer in the Registrar’s Office at Brock University.

Upon winning the prize for her academic achievement at the end of winter term, Gilners decided that she would donate the award to the Happily Ever Esther Farm Sanctuary’s fundraising drive to purchase a large-animal CT scanner, the first of its kind in Canada.

Coulter, upon hearing of the donation, was inspired to match it with a donation of her own.

“The fact that Amy chose to take the monetary portion of the prize and put it towards animal well-being is a compelling demonstration of how ideas connect to action,” says Coulter. “It’s a beautiful illustration of one of the central themes of the course: interspecies solidarity.

“We should be very proud of this member of the Brock community — as a student, staff member and citizen.”

The fundraiser, which required the sanctuary to raise more than $500,000 by July 1, was recently declared a success.

“The scanner is now en route to the Ontario Veterinary College in Guelph, where it will help both large animals and the people working with and for these animals,” says Gilners, who would encourage any fellow student to take some of the courses on offer in Critical Animal Studies.

“The Animals at Work course introduces the concept of humane jobs, which are jobs that are good for both people and animals. My view of what types of work animals perform was greatly expanded, as well as the types of work people can do with or for animals,” she says. “The course also helped me to understand and articulate my position on animal labour and deepened my appreciation for individuals who dedicate their lives to animal welfare.”

Coulter, who also recently created the Solidarity Prize for Excellence in Early Career Equine Research to recognize junior colleagues in horse-human studies internationally, is happy to support both students and peers in their dedication to working animals.

“Amy was very attuned and engaged throughout the course, and her work was consistently outstanding,” Coulter says.

“It’s such a pleasure for me to recognize motivated students and reward their efforts in the study of animals and work, in particular.”