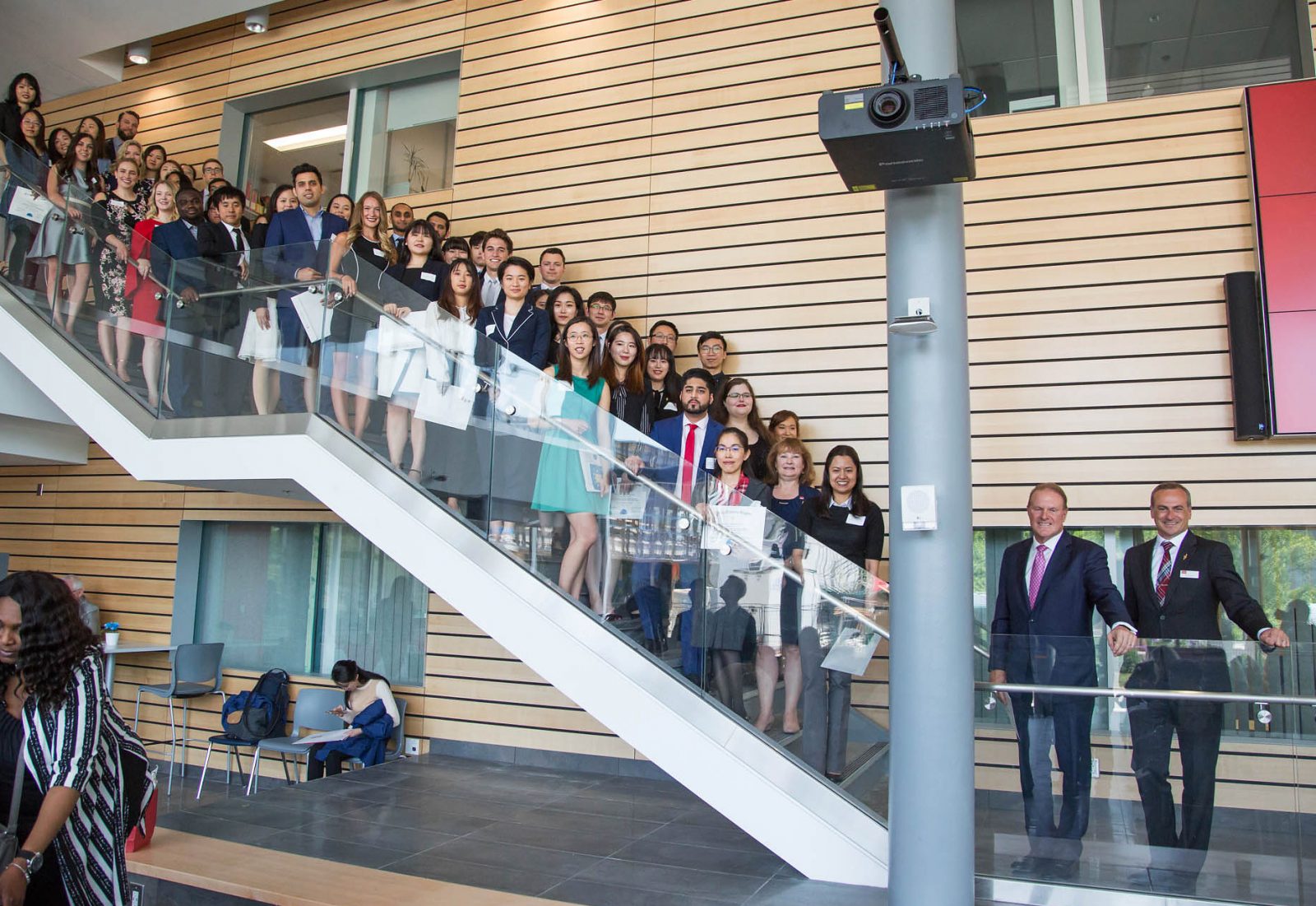 Earlier this spring, the Goodman School of Business received honourable mention from Beta Gamma Sigma as an outstanding chapter of the business honour society.

The award, which recognizes excellence in chapter performance, was presented to Dean Andrew Gaudes at the Association to Advance Collegiate Schools of Business (AACSB) International Conference and Annual Meeting in Honolulu, Hawaii.

“To be named an honourable mention chapter from more than 580 member chapters is recognition of our campus impact, advancement of the chapter and outreach,” Gaudes said. “As Dean of the Goodman School of Business, I’m proud of all our chapter has and will continue to accomplish.”

The honour comes with a scholarship for an exceptional Goodman student. Karina Spehar, a fourth-year Accounting student and Beta Gamma Sigma member, was chosen to receive the US$500 award for her outstanding academic achievements and for upholding the international honour society’s values.

Beta Gamma Sigma’s mission is to encourage and honour academic achievement in the study of business, to cultivate and celebrate leadership and professional excellence, to advance the values of society and to serve its lifelong members.

Spehar said she will use the scholarship toward her Master of Accountancy studies, which begin in January.

“It really provides a sense of encouragement that I’m doing the right thing,” Spehar said about the scholarship. The award, she said, shows that her hard work is appreciated and she is thankful the award can help her to alleviate financial stress.

Haines (BAdmin ’87) was made an honorary member for his dedication to the capital markets industry. He recently retired after an illustrious 29-year career, which included a post as director and global head of rates trading at RBC Capital Markets.

Haines stressed the importance of hard work, integrity and honesty, humility, adaptability and treating people with respect in his speech to inductees at Goodman’s June 7 ceremony.

“We all face the same hard choices in life over and over again. It’s the choice between the hard right and the easy wrong,” Haines said. “All of us know if we pause and reflect that there is that little voice that is faint but always there. It is always, always a mistake to ignore that little voice. Listen to it and distinguish it from the constant noise in your rationalizing mind and as you practise, you may find it easier to discern the good advice that is always with you.”

Haines was joined at the ceremony by Accounting Professor Jennifer Li, who was chosen by Beta Gamma Sigma members as the 2018 BGS Professor of the Year. The award is given to a tenured Goodman professor who members feel best exemplifies, through his or her actions, the Beta Gamma Sigma ideals of honour, wisdom and earnestness.