Education student learns the road to Convocation not always simple 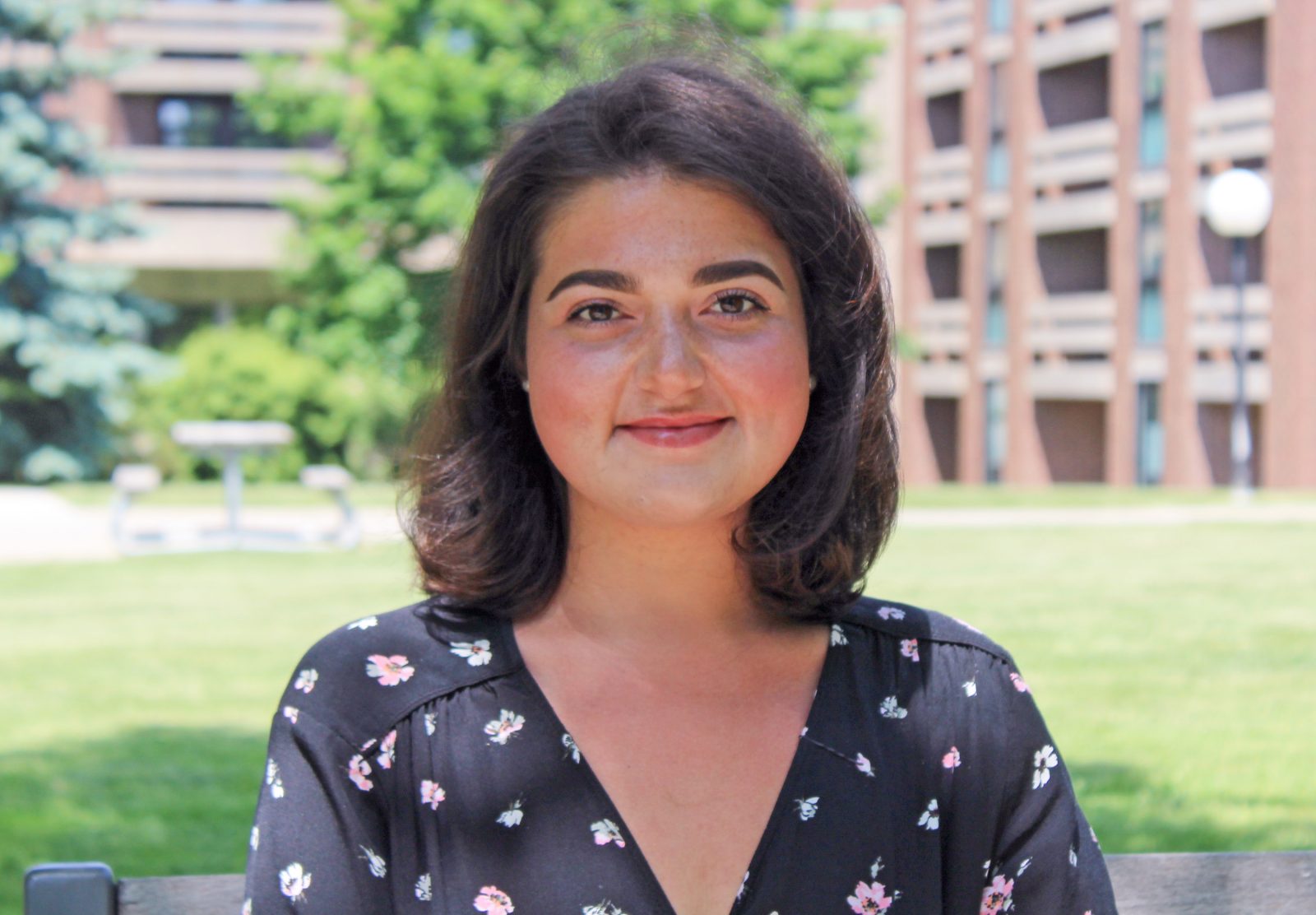 Concurrent Teacher Education student Nicole Chirichella graduated on Wednesday, June 6 with a Bachelor of Arts (Honours), majoring in English Language and Literature, and Bachelor of Education.

At the end of her first year as a student at Brock University, Nicole Chirichella found herself facing a greater challenge than studying for finals: a cancer diagnosis.

Throughout her second year, the Concurrent Teacher Education student kept up with a reduced course load, coming in once a week to stay connected to Brock and complete two courses.

Back in good health, Chirichella graduated during Spring Convocation Wednesday, which was just a little later than she’d originally planned.

“It was very difficult,” she said. “But I have to say the people I met in residence were a large part of bringing me out of it.”

Chirichella became a Residence Life Staff member when she returned to full-time studies.

“The people I met in the training were very therapeutic, so I credit a lot of my growth to them,” she said.

That personal growth is what defines Chirichella’s Brock experience.

“I frequently tell people I’m almost unrecognizable from when I got here six years ago.”

Describing herself as someone who used to be rather shy, Chirichella developed confidence working with students in residence. During her four years as Residence Life Staff member, she served as a Don, Don of Academics, Head Resident and Residence Programming Assistant.

“Helping students adjust to university has definitely been something that’s important to me, as well as helping my students get through a lot of the hurdles they face in their first year such as moving away from home, building new relationships and dealing with mental health,” she said.

Chirichella’s own Don helped her adjust to university life when she came to Brock.

She first considered Brock after a guidance counsellor recommended it.

“I decided on my first visit here that I wanted to go here because it just felt very homey in comparison to the places I had visited,” she said. “I kind of just went with my gut feeling. It was a really good decision.”

Growing up, Chirichella said she was a poor student who struggled with reading and writing. Things changed in high school, where a teacher inspired her to achieve more.

“It wasn’t even necessarily what she did. It was more so that she didn’t assume I couldn’t do it. That motivated me to do well and to not disappoint her,” Chirichella said.

That experience encouraged her to pursue a career in teaching.

As a Concurrent Teacher Education student, she graduated with a Bachelor of Arts (Honours), majoring in English Language and Literature, and a Bachelor of Education.

Chirichella will be back at Brock next year to complete a Master of Education, which she views as a chance to become a more well-rounded educator and strong female role model who can empower girls to be well educated.

She’s grateful to be coming back to Brock.

“My experience here has been transformative. It has been the most supportive, open and opportunity-filled place that I could have ever asked for.”