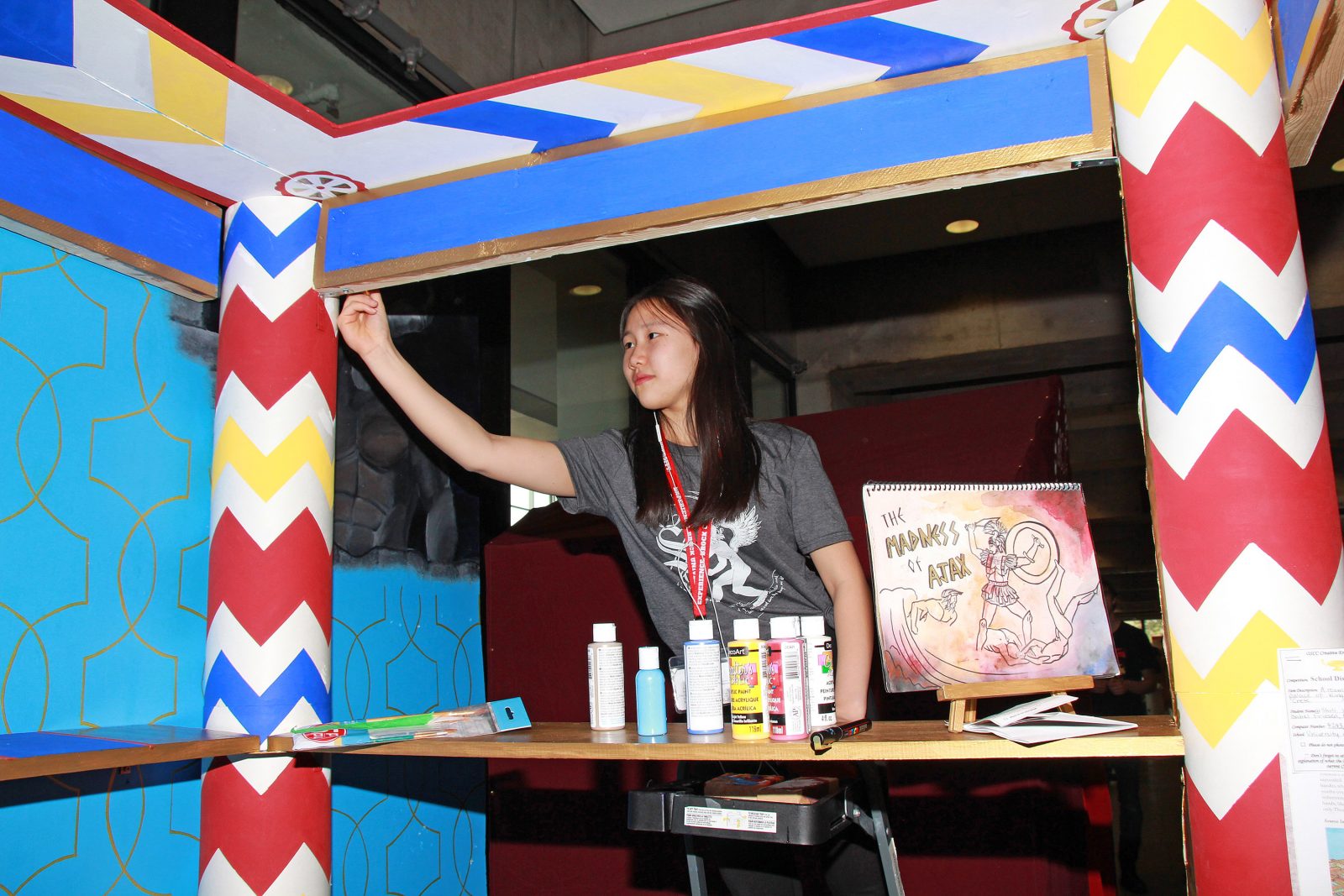 Jennifer Zhang, of University of Toronto Schools, was among the many participants who came together to create sets, race chariots and participate in various workshops and activities at the Ontario Student Classics Conference.

The 50th annual Ontario Student Classics Conference marked its milestone year with a crowd of nearly 400 students from 18 schools across the province. 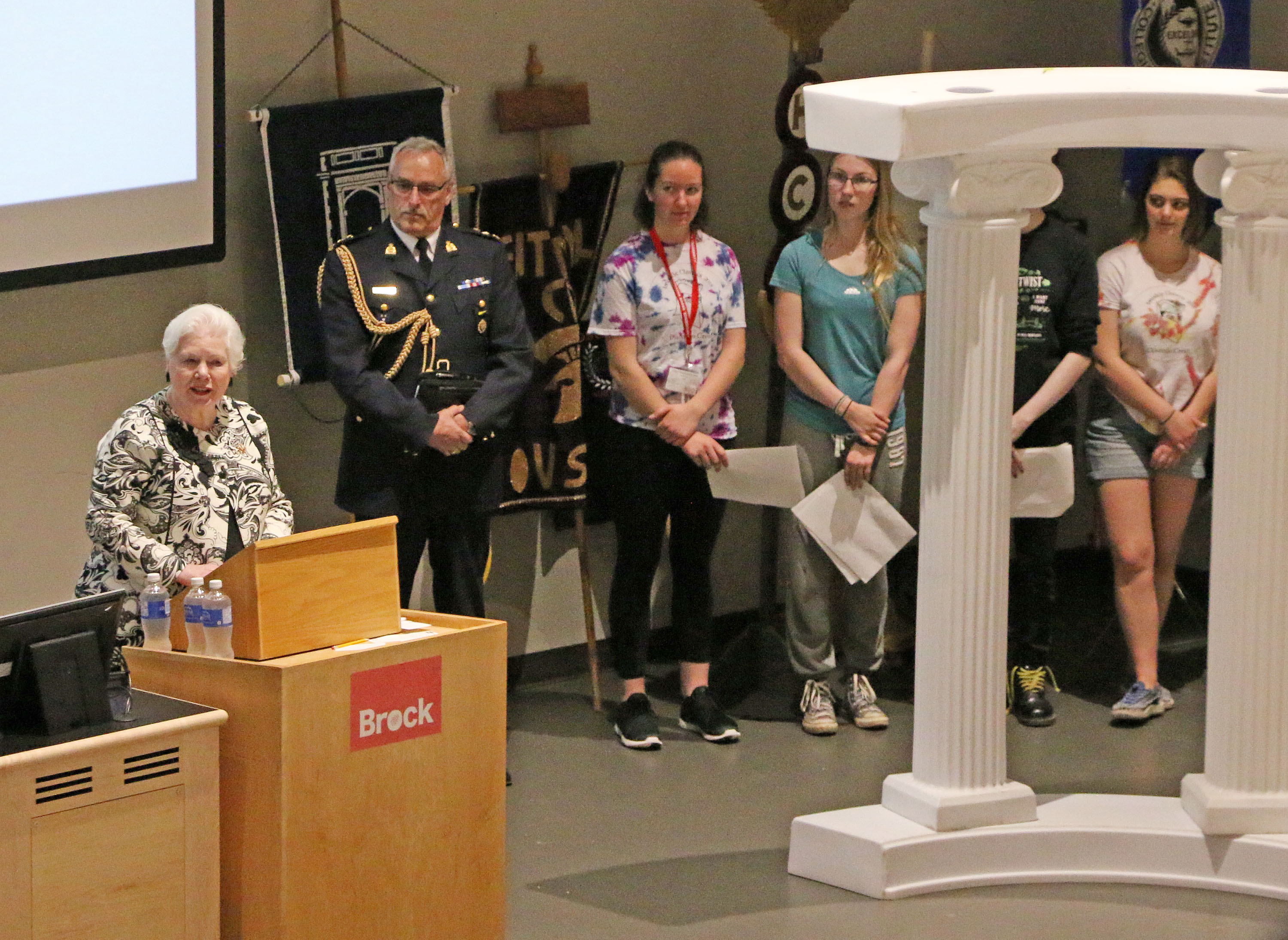 Held from May 10 to 12, the event included 100 athletic, academic and creative sessions and activities, including lectures by Brock’s Department of Classics. The conference kicked off in a packed Sean O’Sullivan Theatre Thursday with an opening ceremony that included talks by the Honourable Elizabeth Dowdeswell, Lieutenant Governor of Ontario; Carol Merriam, Dean of the Faculty of Humanities; and Angus Smith, Chair of the Department of Classics.

At the conference for the second year was Shuli Jones, a Grade 12 student from University of Toronto Schools, who brought her imagination in tow.

She was responsible for designing one of the many school sets that lined Thistle Hallway over the weekend.

Her creation, which was built by a fellow student and aided by a team of student helpers, was designed to look like a room belonging to King Minos.

“It tells the story of Theseus, one of the most daring Greek heroes, who confronts a minotaur,” she said. The design was born from research into real excavated palaces.

“It’s incredible to see all this work come together,” Jones said.

“I think the main reason why students come back year after year is that the conference offers something for literally every kind of student,” said Margaret-Anne Gillis, a Latin teacher from Innisdale Secondary School in Barrie who helped oversee the conference. The event was co-hosted by Innisdale and Elmwood School in Ottawa. 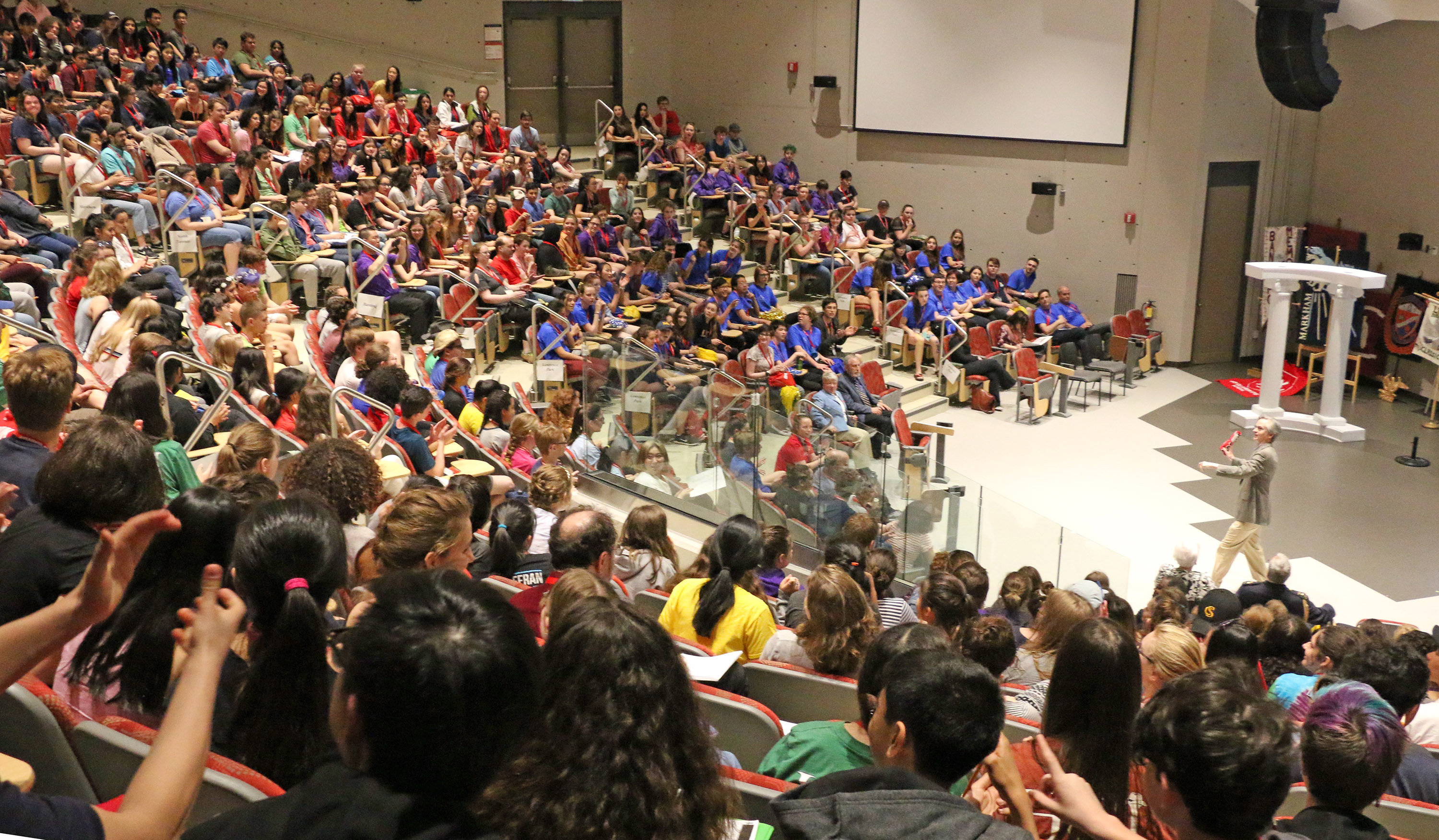 Angus Smith, Chair of Brock’s Department of Classics, tosses T-shirts into the crowd during a trivia contest held as part of the Ontario Student Classics Conference held at Brock May 10 to 12.

No matter where a student’s interests lie — whether they love athletics, are academically focused or love to sing, dance, act, build models, create jewelry, engage in cosplay or want to be an archaeologist, there are activities to meet their needs, she said.

“The students make friends from schools around the province and experience life away from home while living on a university campus, eating communal meals in the dining hall and taking on the responsibility of getting themselves to their activities on time.”

Students also have the opportunity to explore possible post-secondary paths with their teachers and teammates at their side for moral support, Gillis said.

The conference concluded with an awards banquet Sunday, with honours handed out by Alexandros Ioannidos, Consul-General of Greece, and Maria Cristina Magnatti, Education Officer of the Italian Consulate.

The 50th annual Ontario Student Classics Conference drew hundreds of high school students from across the province to Brock from Thursday, May 10 to Sunday, May 13. Jennifer Zhang, of University of Toronto Schools, was among the many participants who came together to create sets, race chariots and participate in various workshops and activities, all celebrating the Classics and the ancient world.