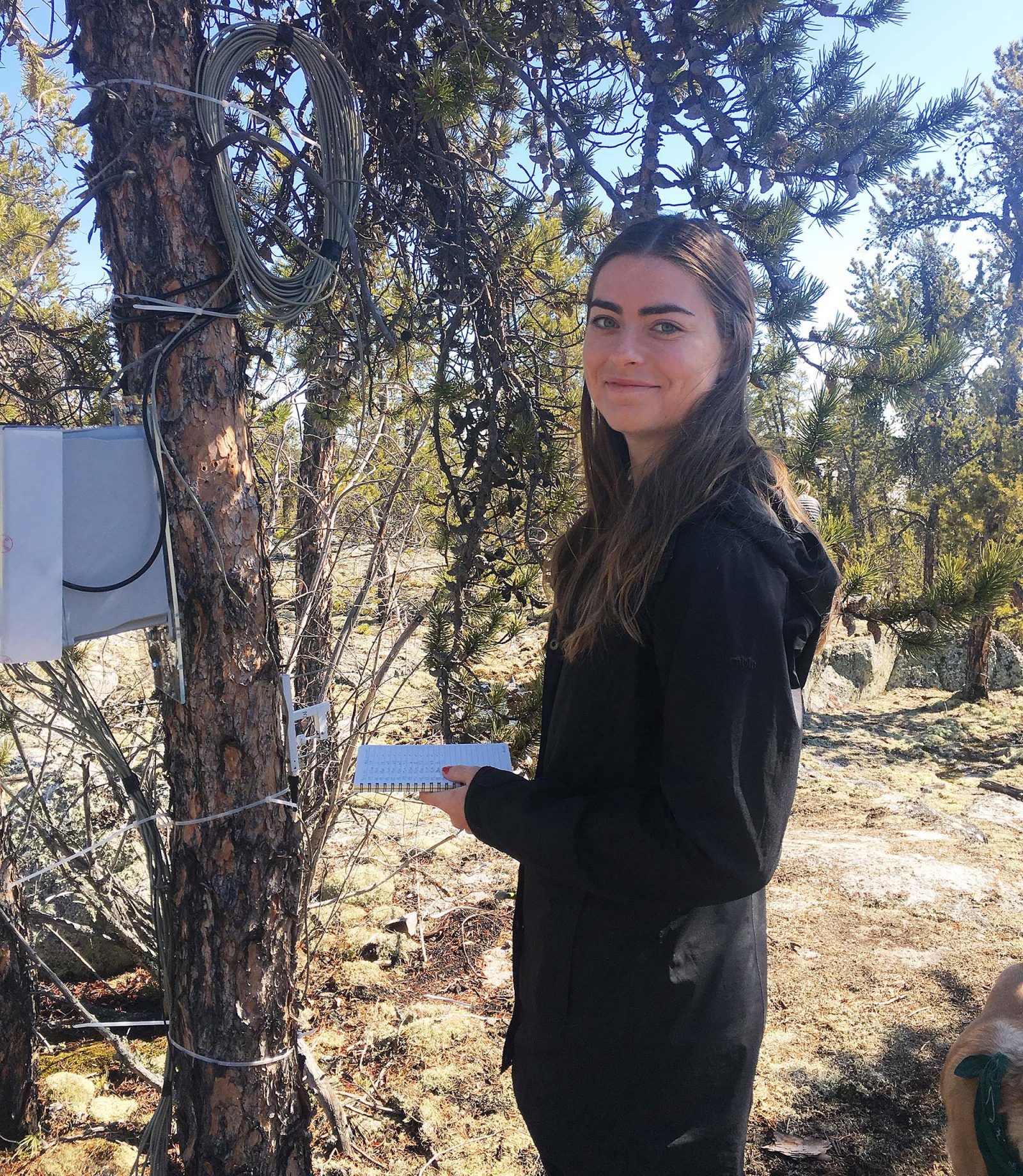 Master of Sustainability Science student Dana Harris has made the Top 20 in a national photography contest for her submission featuring the cells of jack pine trees.

Master of Sustainability Science student Dana Harris is wrapping up her degree program with a bang — or rather, a snap.

She and 19 other researchers from across Canada are vying for the 2018 People’s Choice Award in a national research photography contest offered by the Natural Sciences and Engineering Research Council of Canada (NSERC).

NSERC’s Science Exposed showcases images taken during scientific research being conducted in all fields by faculty and student researchers in post-secondary institutions and researchers in public and private research centres. Public voting to help determine the contest’s winners is now open on the Science Exposed website and continues throughout the summer.

Harris’ photo, titled “Exploring the Jack Pine Tight Knit Family Tree,” shows phases of developing xylem cells, stained in different colours, that are found in a wood sample cored from the outermost part of a jack pine tree in the Northwest Territories, where she is from. 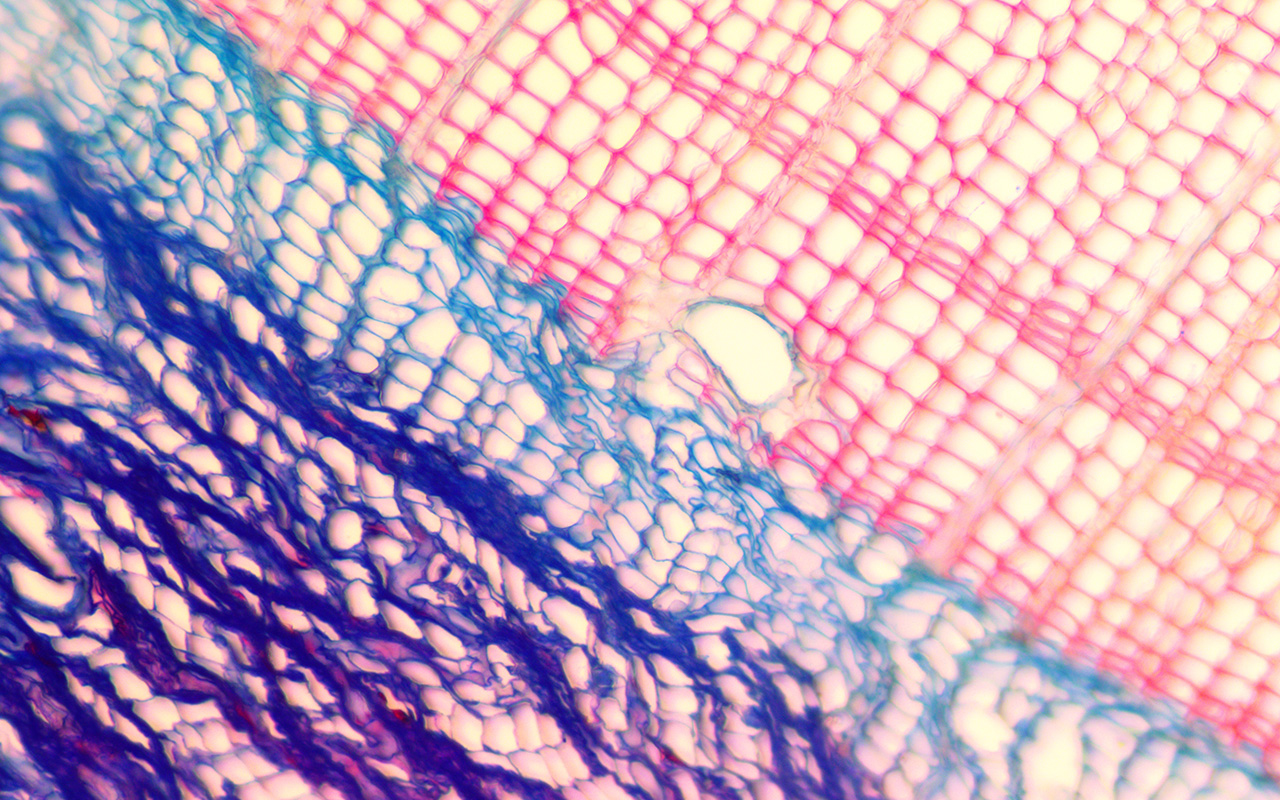 She says she uses the photo and others like it as a conversation starter to explain her research, which examines the impacts of climate change on sub-arctic ecosystems.

“When I would show my friends and family pictures of what my jack pine cells look like, they would say, ‘oh, I thought that was a scarf or knitting or netting,’” she says. “That’s where I got the title of my photo.”

The image, shot from a microscope, shows the jack pine tree’s phloem, cambial and xylem cells (blue dye) and mature xylem cells (red dye) in a thin slice of the wood.

It is one of a series of images taken weekly over the past year to track the growth of the jack pine tree’s various cells.

“Understanding these growth dynamics will help better estimate the impacts of climate on cell development and jack pine tree ring formation,” says Harris. “This type of information is useful for researchers who create climate reconstructions using tree rings as a source of historical climate data.”

Canada’s far north is widely considered to be the ‘canary in the coalmine’ of climate change, as melting permafrost, changes in vegetation cover and shrinking ice caps are among highly-visible changes to the environment.

Harris is presenting her research findings at the “Wood formation and tree adaptation to climate” conference in Orleans, France from May 23 to 25.

“Brock is very proud of our student researchers, who channel their knowledge, energy and curiosity into investigations that address key challenges in society,” says Brock’s Vice-President, Research Tim Kenyon.

“The fact that our student’s photograph is among the stunning images of scientific research is testament to her skill and the training and research mentorship she received from Brock University faculty.”

Making it to the Top 20 for the People’s Choice Award is a particularly sweet victory for Harris.

She was also a competitor in NSERC’s Science, Action! research video contest, making the first cut of the three-round competition. Altogether, seven videos from Brock University were in the contest.

Following her conference presentation in France, Harris will head back to her hometown of Yellowknife to “continue developing the overall understanding of the ecological and environmental impacts of climate change on sub-arctic ecosystems,” she says.