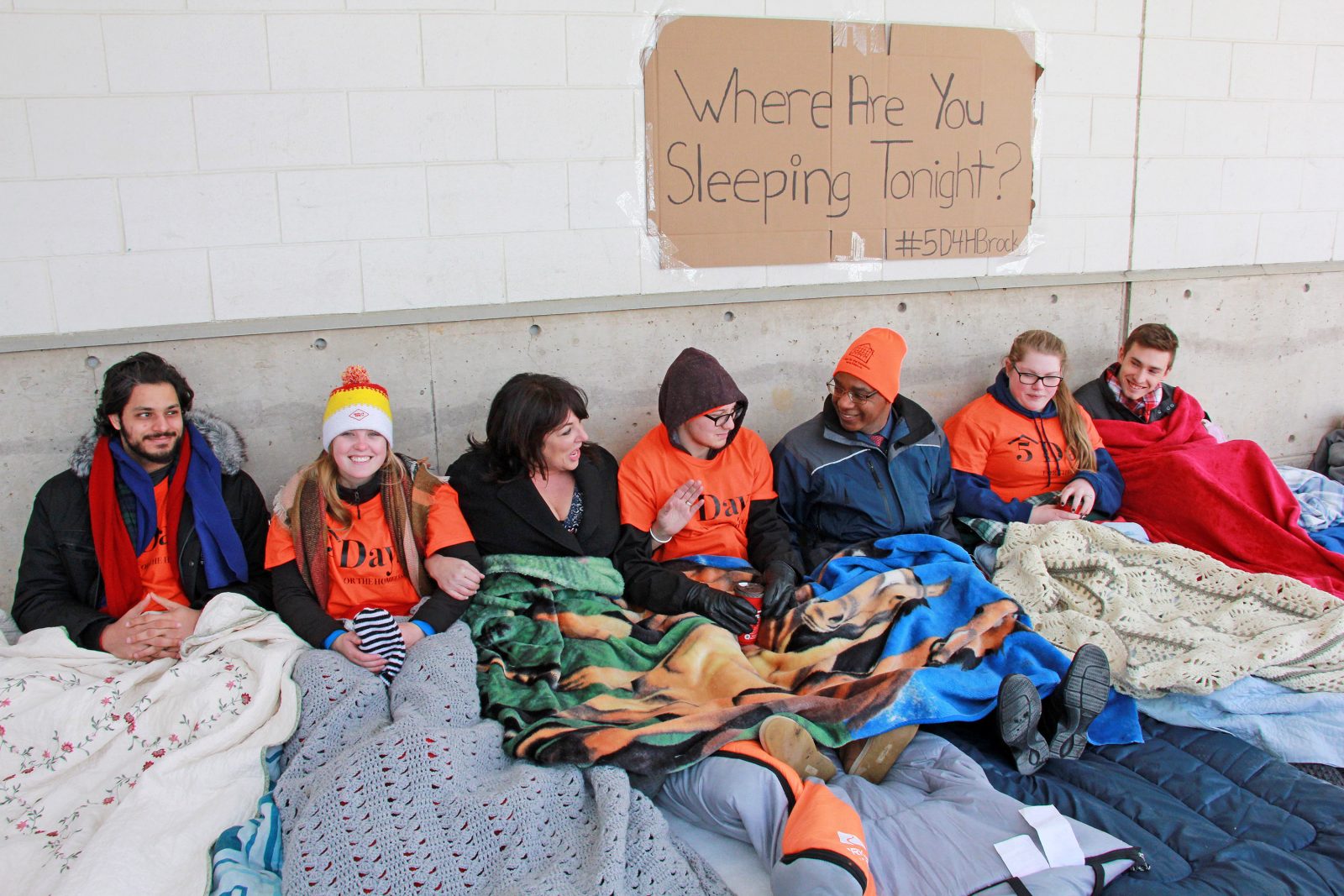 Brock University President Gervan Fearon, third from right, stopped in to speak with students participating in the 5 Days for the Homeless campaign in March 2018. With the President, from the left, are students Rocky Brar and Emma Munday, Community Care Fund Development Officer Laura Byers, and students Cody Weber, Breanne Van Den Breemen and Connor Kuzmich.

Brock University President Gervan Fearon dropped by with hot coffee on Thursday morning for a group of chilly students who are spending their days and nights outdoors this week, raising money for and awareness of homeless people.

As part of the national campaign called 5 Days for the Homeless, the students traded the comforts of home for sleeping bags and cardboard on a cold concrete walkway beside the University’s Jubilee Court.

The week-long vigil, organized by the Goodman Business Students’ Association, began Sunday, March 12, with a goal of collecting $5,000 in cash as well as food donations for Community Care of St. Catharines and Thorold. The campaign is set to wrap on Friday, March 16.

By Thursday morning they had collected more than half of the fundraising goal and a bin full of food for Community Care. They remain hopeful the community will rally together to help them meet their mark. Online donations will be accepted at 5days.ca/brock until the end of March.