Brock grad to cook up storm on MasterChef Canada 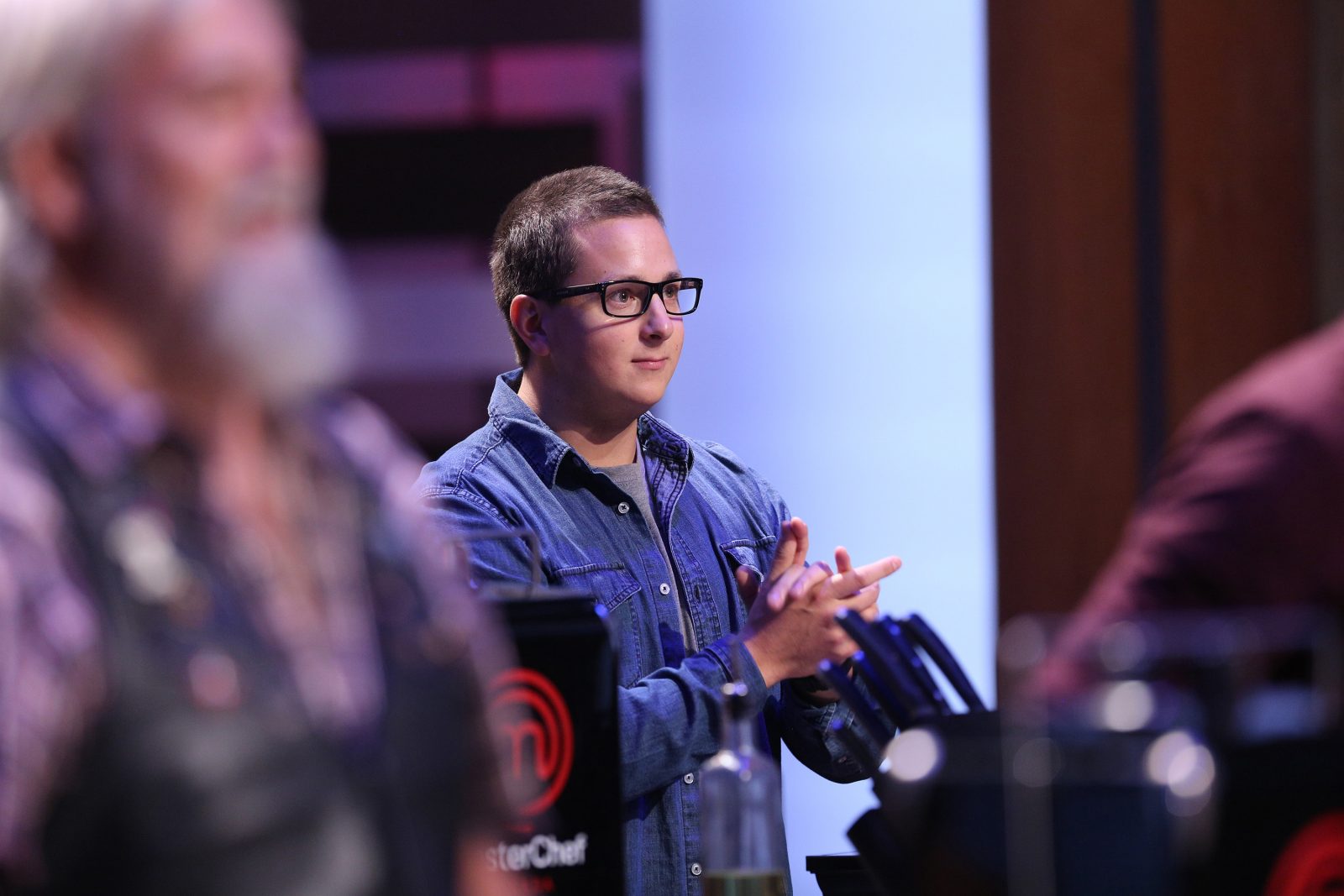 The Brock community may recognize a familiar face when tuning into the Season 5 premiere of MasterChef Canada next week.

Alumnus Michael Griffiths (BSc ’16, BEd ’16) has used his culinary prowess to secure a spot as one of 21 finalists in the televised national cooking competition, which kicks off Tuesday, April 3 on CTV.

While Griffiths’ focus was on Mathematics and Concurrent Education during his time at Brock, the 24-year-old Richmond Hill native has always had a passion for food. 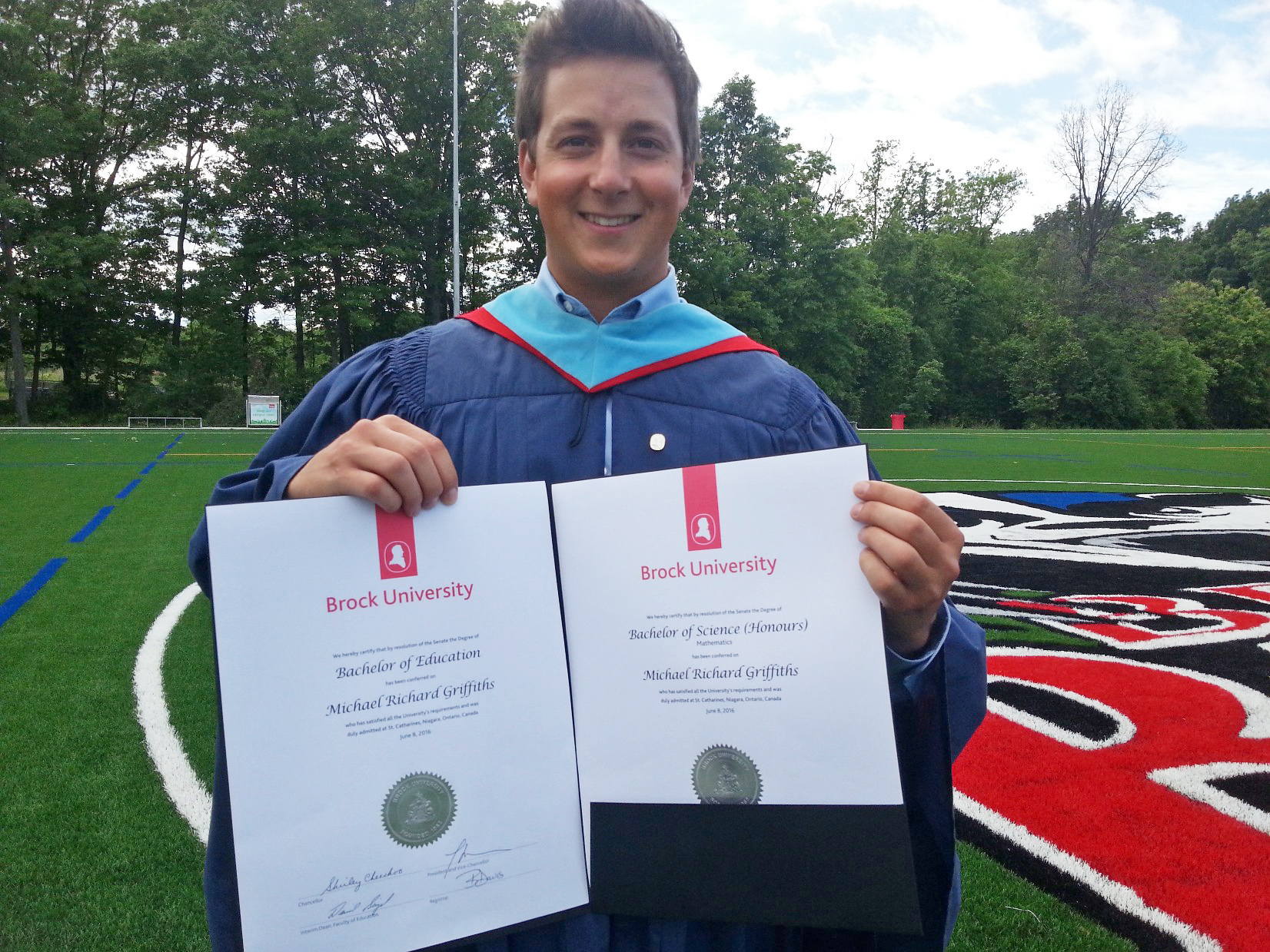 Brock alumnus Michael Griffiths was chosen to compete among 21 home cooks in the MasterChef Canada finals.

As a child, he was frequently found in the kitchen helping his mother prepare the family’s meals, and later on in his university years, he often impressed his roommates with his culinary skills.

It was during his time on campus that Griffiths learned to balance the many interests — math and food among them — that contended for his time.

“I was always very engaged. I played rugby, worked as a senior supervisor at the recreation services desk and worked with a number of mathematics and outreach programs,” he said. “Brock was the kickstarter for a lot of my different adventures.”

With a wide variety of interests still on his plate, Griffiths decided to pursue his dream of being on MasterChef, all while simultaneously working to earn his Master of Mathematics at the University of Guelph.

At first glance, there may seem to be little overlap between mathematics and culinary arts, but Griffiths said that is not the case.

He believes his math background gives him an edge in the kitchen.

Griffiths knew the timing was right to attempt to claim the coveted MasterChef Canada title.

“With the support of friends and family, I took the leap,” he said.

He applied for the show online last summer, submitting a video of himself whipping up a dinner party for a group of close friends and talking about the role his family has played in his love affair with food.

He then attended an open audition in Toronto, presenting a homemade sausage dish that impressed a judging panel made up of local chefs and sent him on to the next round.

Sworn to secrecy until details of his MasterChef Canada journey are revealed on air, Griffiths was unable to say much about his on-screen experience, but did reflect on the surreal feeling of stepping onto set for the first time. 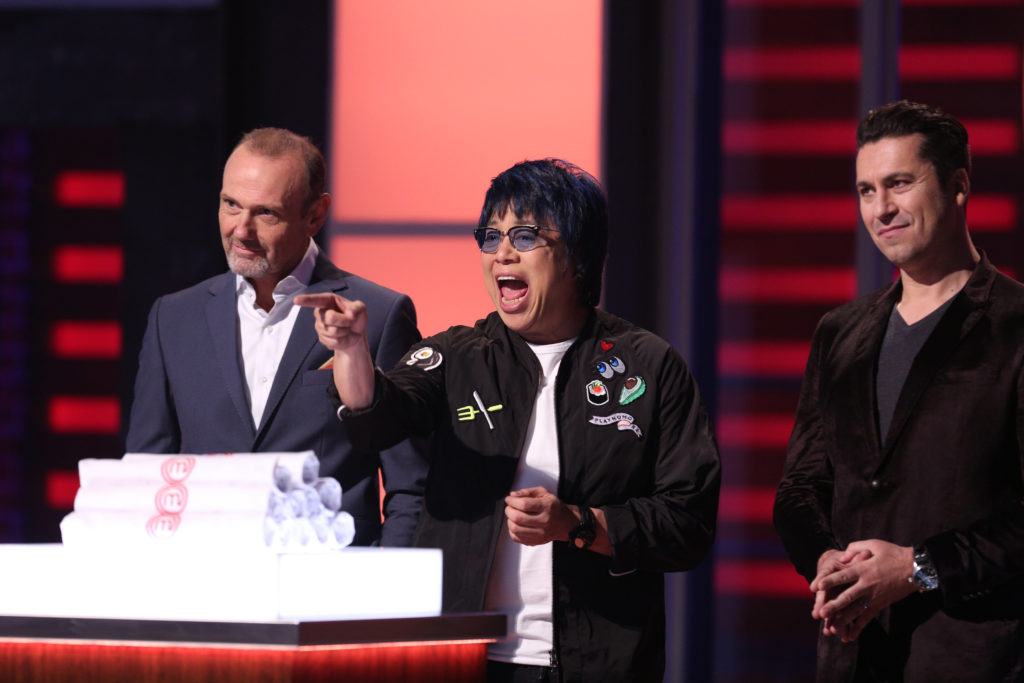 “As one of the final 21 home cooks, you walk into the MasterChef kitchen and that’s when you get to meet the judges for the first time,” Griffiths said of his encounter with renowned chefs Michael Bonacini, Alvin Leung and Claudio Aprile.

“That’s when I felt like a 12-year-old boy. I was in my element, in my dream. Then we were given a schedule to prepare our meals for the judges.”

Griffiths urged the Brock community to “stay tuned” for what comes next.

He is thankful for the encouragement he has received from the Brock community, which has “hit home in such an incredible way.”

“This is another example of the outstanding support the Brock community has always provided for me.”

Griffiths hopes to inspire his fellow Badgers to continue to work hard and follow their passions, even if it takes them down an unconventional path.

“Follow your heart and realize that what you’re working hard on may not be your end goal passion, but I guarantee there’s a connection to your future there,” he said.