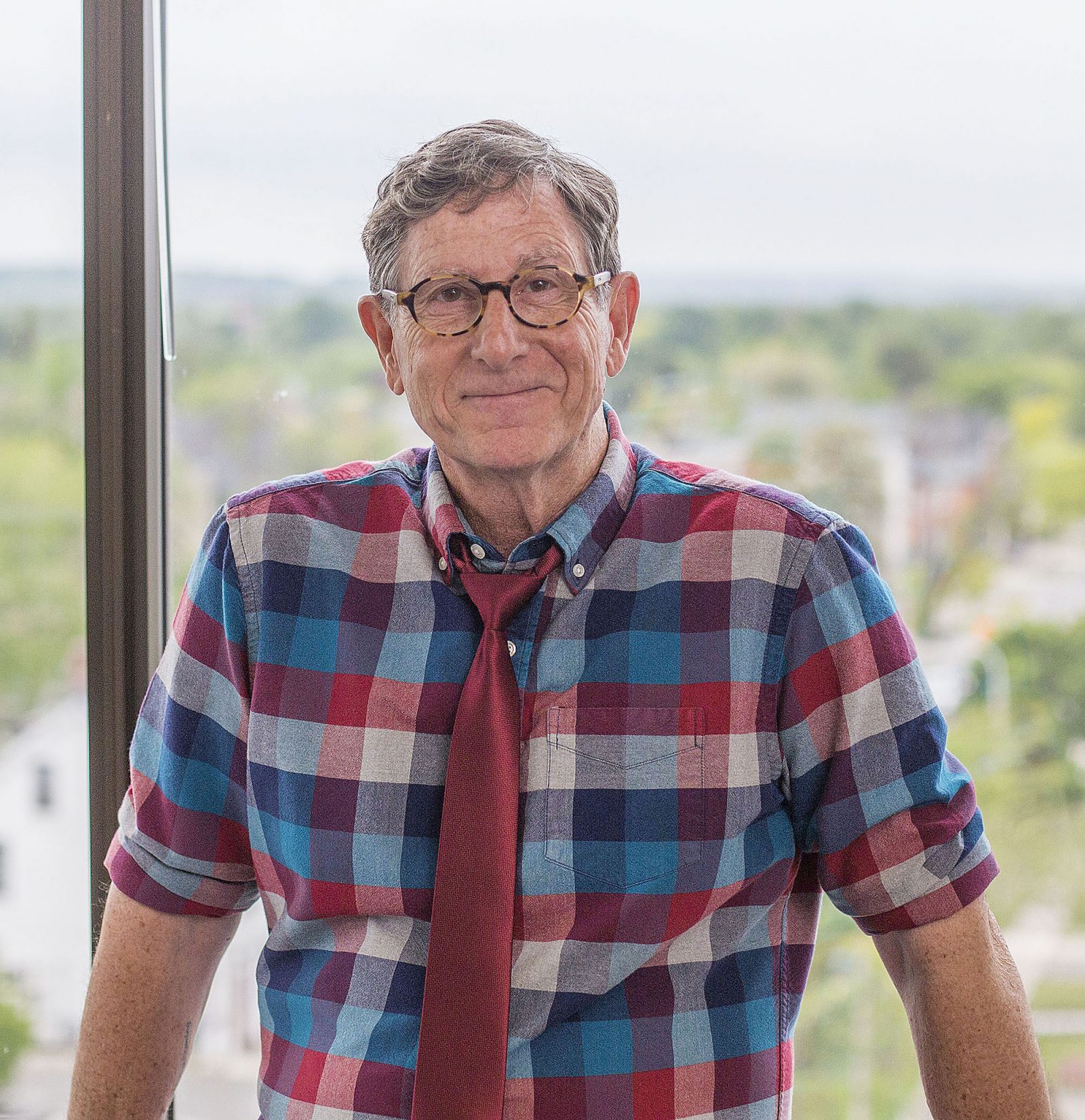 Alumnus Ted Mouradian (BA ’99) is an international motivational speaker and co-founder and president of the 2% Factor.

For Ted Mouradian (BA ’99), just being nominated for the Ageworks Top 50 over 50 list was an unexpected honour.

“I just go about life doing my own thing,” he says. “It really is an honour to be nominated and then to find out that I made the list.”

While he studied full time at Brock University as a mature student in his 40s, Mouradian developed the principles of the Law of Co-operative Action, which still guides his teachings and business practices today. These principles led him to grow from being a motivational speaker to working with the United Nations and dealing with worldwide conflicts.

His business teaches the average person how to improve their life by changing how they relate to people and the world around them.

With a laugh he says, “I teach people how to play nice in the sandbox.”

Mouradian turns 70 on Valentine’s Day and says, “I want people to know that as seniors we don’t stop, I will never retire.”

Also receiving the Top 50 over 50 award from the Niagara Region is Doug Rapelje, 84 of Welland, who received an honorary doctor of Law degree from Brock University in 2013 and is still an active member of the University community.

Rapelje is part of Brock’s Seniors Advisory Council, a group of older adults who meet twice a year to help provide community insight to the researchers and staff at the University’s Centre for Lifespan Development Research.

“Doug has been an invaluable resource around seniors’ issues and bridging the gap between research and practice for Brock faculty and older adults in our community,” said Lifespan Knowledge Mobilization Officer, Jayne Morrish.