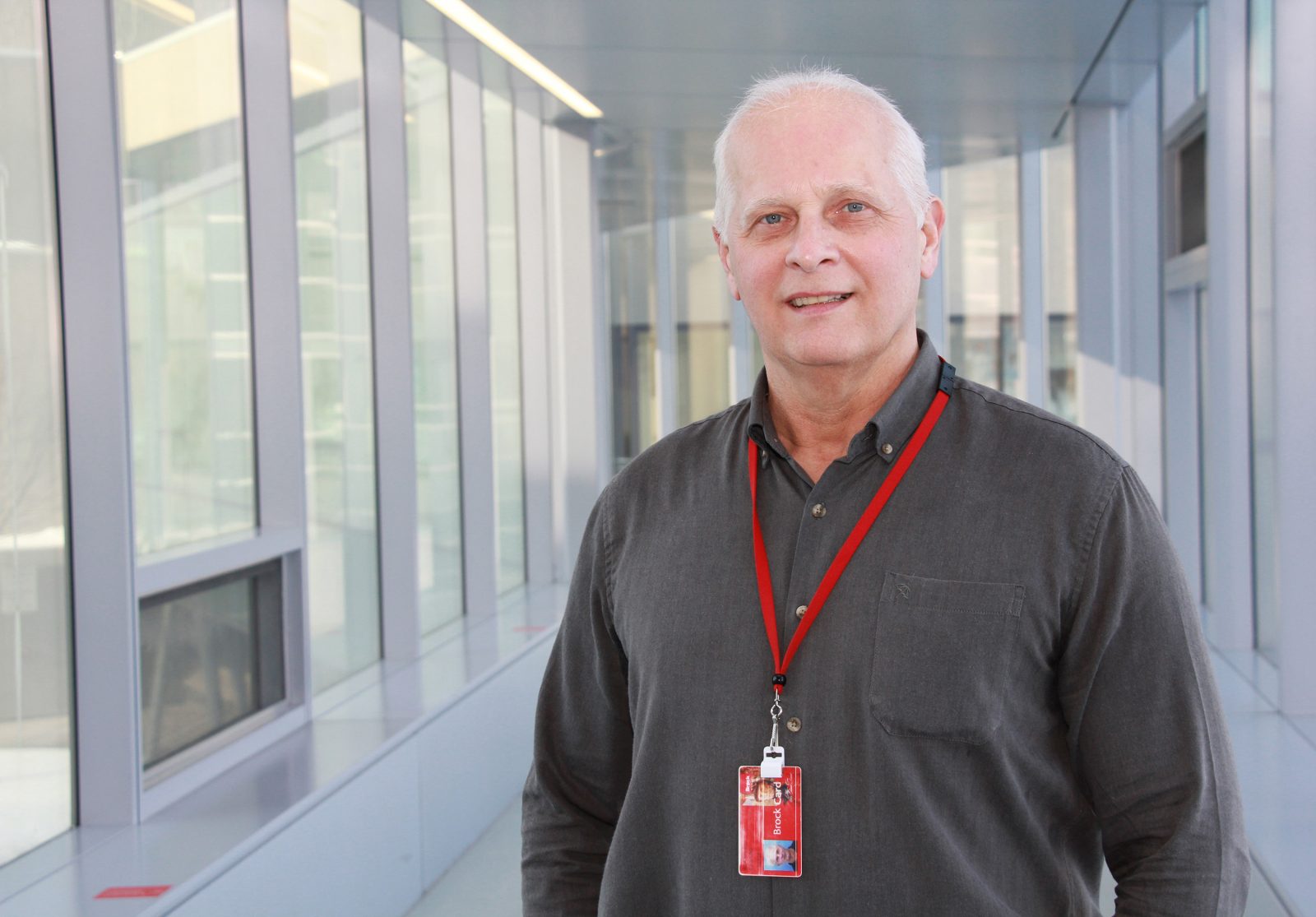 “There were no personal computers when I started,” said Blasinski, Director of Special Projects for ITS. “In the ’80s we got our first Apples. People have more power on their phones today than we did with all of the University’s computers combined.”

A graduate of Niagara Collage’s Electronics Engineering Technology program, Blasinski began his career working for Maclean-Hunter Cable. Thanks to his experience in telephones and cables, he was part of a team that was instrumental in making Brock one of the first universities in Ontario to implement its own telephone system — one that wasn’t owned by a telecommunications provider such as Bell Canada.

Blasinski’s role evolved as his department grew. As Audio Visual Services added Telecommunications and eventually Networking, he progressed from service technician to supervisor to manager and then director, eventually landing his position in 2015 as Director of Special Projects for Information Technology Services.

“Brock is a great place to work,” said Blasinski. “I’ve had several opportunities for advancement and great support from HR. I can’t say enough about it.”

He plans to celebrate his retirement with a family dinner and a small department gathering. “I’m not one for big parties,” he said.

With more time on his hands, Blasinski hopes to catch up on house projects, travel south with his wife and spend more time with his two granddaughters, ages one and three.

“I’ll definitely miss the people I work with,” he said. “Being here eight hours a day with these people — they’re my second family. It’s going to be sad not to see them anymore.”