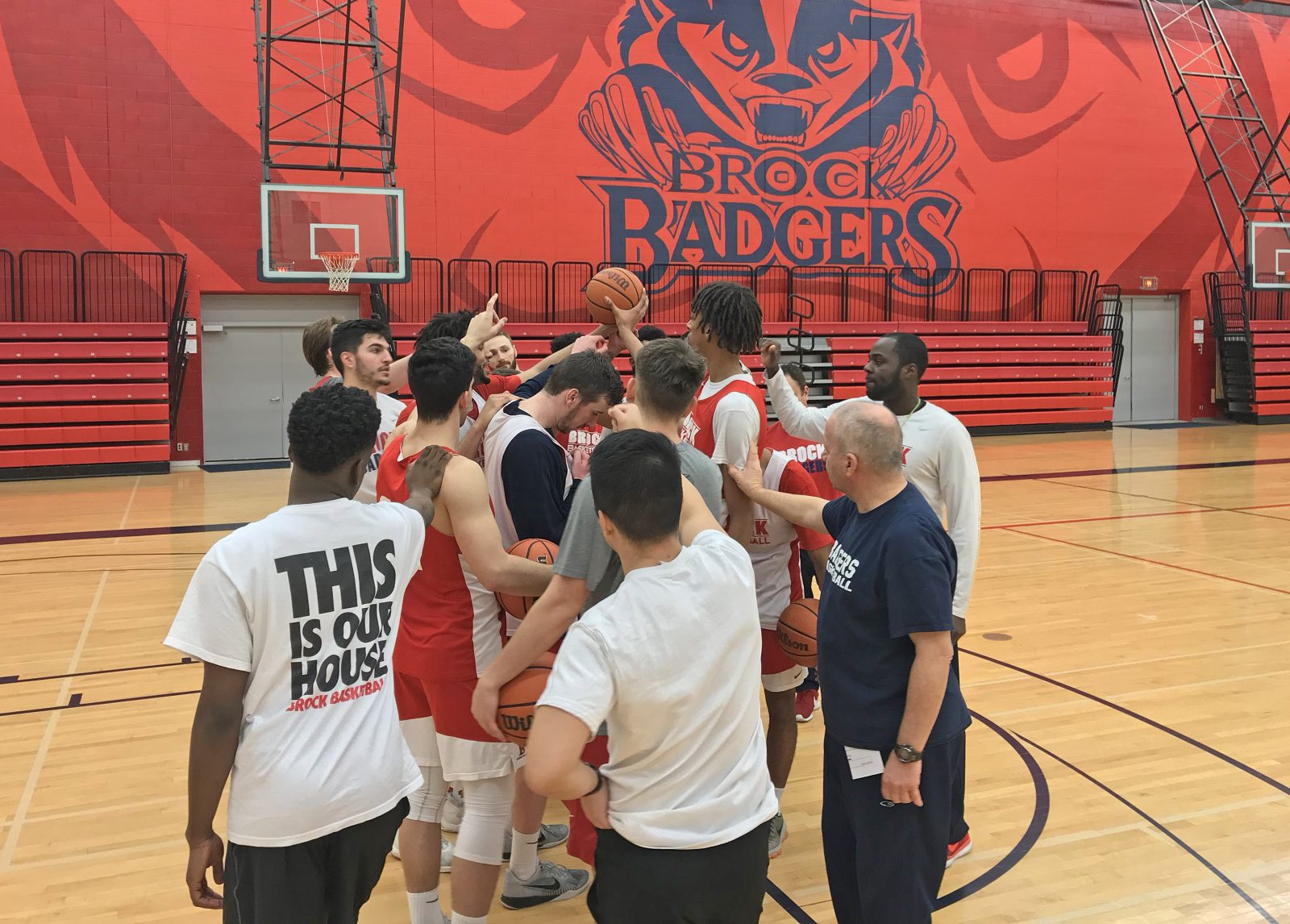 Six months ago, when Brock University students were just returning to campus to start their school year and the Badgers men’s basketball team was ramping up for the season, head coach Charles Kissi identified the singular target his team was aiming for this year: the USports National championships.

On Saturday, Feb. 24, the Badgers will host the Wilfrid Laurier Golden Hawks to begin the playoff journey toward the nationals being held in Halifax.

For Kissi and his team, now is the time to cash in on the hard work.

“We built a body of work. It’s like being in a classroom all year and then writing the final exam. You’ve done all this learning, and now it’s time to show what the outcome is,” he said.

Brock, ranked third in the country with a 21-3 record, and Laurier (12-12), will tip off at 7 p.m. in an Ontario University Athletics Wilson Cup quarter-final matchup at Brock’s Bob Davis Gymnasium. The winner will move on to the OUA semifinals next Wednesday night.

But while the dream might be a national championship, you won’t hear Kissi talking about that with his players — not yet, at least.

“We can’t get to the second game if we don’t win the first, so we’re just focusing all our energy on this one game,” he said. “I’m reluctant to even say the word ‘nationals’ because we’re just focused on one game at a time.”

Within the Badgers’ record-setting 21 regular season wins are a pair of wins over Laurier by 80-70 and 73-69 margins. But the Golden Hawks blasted a charging McMaster team 102-76 Wednesday night in the first round of the OUA playoffs (Brock had a bye) that ended the Marauders’ six-game winning streak, along with their season.

Kissi said it didn’t matter which opponent the Badgers had to face Saturday, his team was preparing equally hard.

“It’s like the start of the season where everyone is tied for first again,” he said. “The best teams are going to be here in the playoffs and you hope that you’re better on that day.”

With eight teams remaining in the OUA Wilson Cup playoffs, a win Saturday would move Brock into the semifinals at home Wednesday, Feb. 28. Since both the OUA champion and the runner-up qualify for the USports Nationals, a win on Wednesday would guarantee them a trip to Halifax.

A loss in either the quarter-finals or semifinals would mean Brock would have to hope for a wild-card entry into the nationals as a result of their strong overall season, including spending much of the year ranked second in Canada.

Tickets for Saturday’s game are $10 for adults and $5 for students. They’re available at Brock’s Walker Complex Welcome Desk or by phone at 905-688-5550 ext. 4060. Visit GoBadgers.ca for more information.