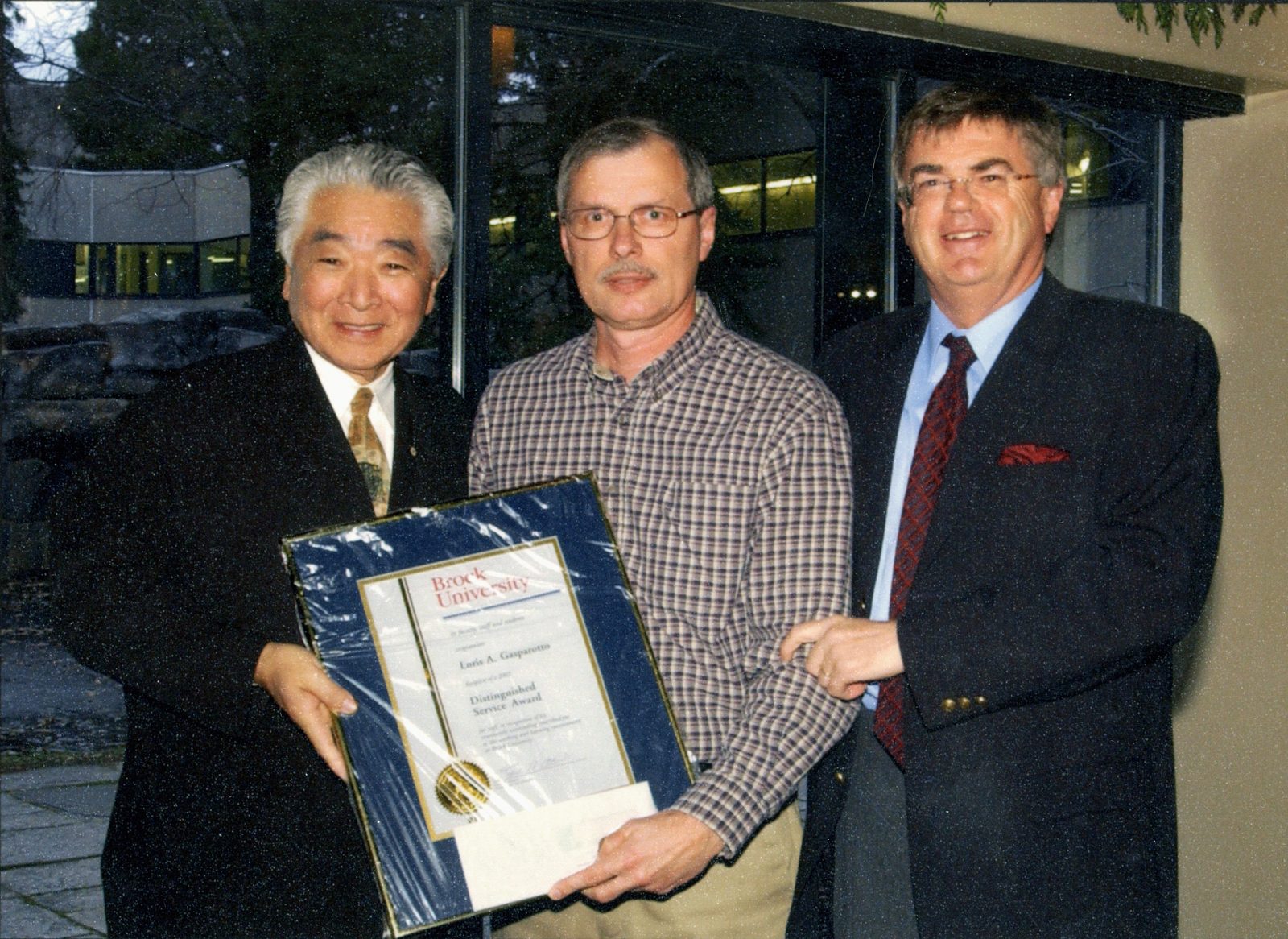 Throughout his 40-year career, Loris Gasparotto has worked to help put Brock University on the map.

A cartographer in the Department of Geography and Tourism Studies, he was often relied upon to create maps of the ever-evolving campus, among his many other projects.

At the end of 2017, three months after marking four decades with the University, Gasparotto entered the next chapter of his life: retirement.

To recognize his contributions to Brock, the Department is hosting an open house in his honour on Friday, Jan. 19.

Reflecting on his career, Gasparotto said a lot has changed on campus since he first began in his role in September 1977.

“The biggest difference between now and when I started is the size of the University,” he said. At that time, Brock had about 3,000 students — a size similar to Gasparotto’s Toronto high school. 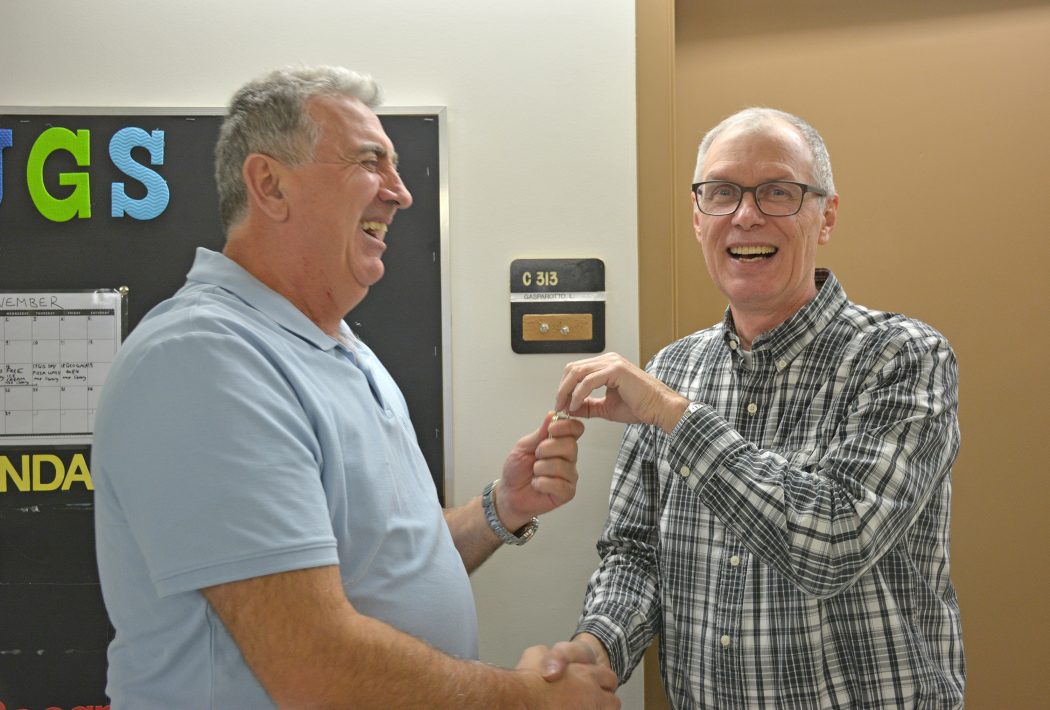 Upon his retirement in December 2017, Loris Gasparotto, right, handed over his keys to the Department of Geography and Tourism Studies to colleague Dimitre Iankoulov.

When he retired, the student population was approaching 19,000.

Gasparotto helped document the growth of campus through the creation of a timeline using aerial photography, which can still be viewed on the walls of the Department of Geography and Tourism Studies in Mackenzie Chown’s C-Block.

The University wasn’t alone in its evolution over the years; Gasparotto’s role as cartographer also changed a great deal over time.

When he began his career, his tools included pens and ink for manual drafting, which was done in an office with a drafting table, a light table and map cabinets for storage.

By the late 1980s, however, manual work began to go digital.

Gasparotto recalls the initial challenges of new software and small computer screens. He pushed through the transition and ultimately found that technology made it easier to edit and make changes to his maps.

No matter the method, he always found a way to support faculty in his department, creating maps and images for teaching, research and publications. He also sometimes did work for faculty members outside the department and for administrative units, producing official and unofficial campus maps.

His talents were recognized in 1988, when the maps produced by Gasparotto, Professor Alun Hughes and Peter Brown, then the cartographer in Earth Sciences, for Great Lakes: An Environmental Atlas and Resource Book won an award for excellence in cartography and design from the British Cartographic Society.

Then, in 2003, Gasparotto received a Brock Distinguished Service Award — an honour he considers a career highlight.

“It was the the cherry on top of the cake,” he said.

A photo from the occasion of Mackenzie Chown architect Raymond Moriyama, Gasparotto and former Brock University President David Atkinson hung in his office until he packed it up in December.

“Loris was a very important part of our team over his 40 years at Brock,” said Chris Fullerton, Chair of the Department of Geography and Tourism Studies. “I don’t think a single one of our faculty members, myself included, doesn’t have something — from a handful to a full portfolio of maps and other illustrative work — created by Loris for inclusion in our journal articles, books and book chapters, government reports and other publications.

“Loris showed impeccable attention to detail in his work, and the results were consistently wonderful.”

Gasparotto’s favourite part of the job was the people. He speaks proudly of his staff and faculty colleagues, from whom he learned a great deal.

“It was a great environment,” Gasparotto said. “How can you beat having information given to you, one on one? It’s amazing, the knowledge they have and share. It gives you a different perspective on things.”

Beyond his cartographical skills, Gasparotto was also a “key part of our staff in a number of other ways,” Fullerton said. “His dedication to our department’s success was incredible. It’s going to take some getting used to, not having him around.”

Gasparotto is looking forward to spending more time with his wife, children and grandchildren — though he may still stop by campus for a game of euchre at lunch from time to time.

What: Open house retirement party for Loris Gasparotto
When: Friday, Jan. 19 from 2 to 5 p.m. (remarks at 3 p.m.)
Where: Mackenzie Chown C-Block, Room 405
All are welcome to attend the celebration.