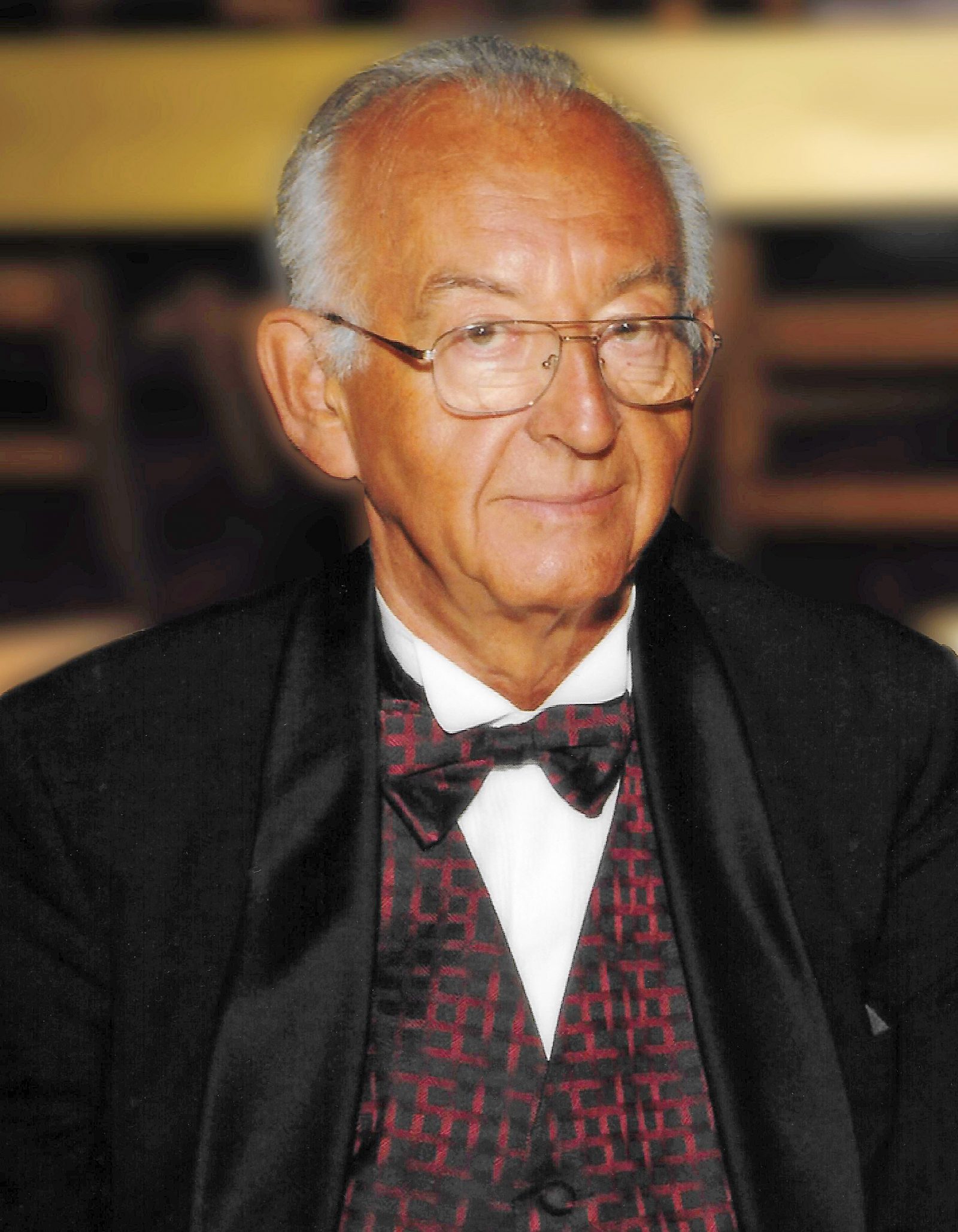 Professor Emeritus Herbert Schutz is being remembered by the Brock community as a passionate researcher and educator.

The University community is mourning the loss of a dedicated professor who spent decades sharing his passion for languages, literature and culture with Brock students.

Professor Emeritus Herbert Schutz is being remembered by faculty, staff and students as a source of inspiration. He died Jan. 1 in Toronto at the age of 80.

Schutz arrived in Canada from Germany in 1951 and began his pursuit of education.

After graduating from Toronto’s Central Technical School in 1956, where he would later go on to teach, Schutz earned his bachelor of arts at the University of Toronto in 1959, studying French and German, as well as ancient, near eastern and modern history.

After gaining his teaching qualifications at the Ontario College of Education, he taught at Jarvis Collegiate and Central Technical School, where he worked as head of the French department and assistant head of moderns.

Schutz went on to earn his Master of Arts in 1965, followed by his PhD in 1968, both from the University of Toronto. Later that year, he began his decades-long teaching career at Brock University, which continued until his retirement in 2002.

Schutz, who was known for his passion for research, became a full professor in 1983.

Leslie Boldt, a professor in Brock’s Department of Modern Languages, Literatures and Cultures, remembers Schutz as a gifted instructor who challenged his students with new concepts and innovative ways of thinking.

“His culture and civilization classes displayed an archive of slides that was astonishing in its breadth,” she said. “His students were treated to a veritable cornucopia of images and sounds that made German history and civilization come alive.”

Irene Blayer, a professor in Brock’s Department of Modern Languages, Literatures and Cultures, first met Schutz more than 30 years ago when she was an undergraduate student at Brock.

“Knowing that I had recently arrived in Canada, he was kind and always willing to give his time and knowledge,” she recalled. “I treasured our conversations, especially about Portuguese history and culture.”

When she returned to Brock University years later as a faculty member, Blayer was met with words of encouragement and support from Schutz.

“I am grateful to have known him, and I will always remember Herb’s kindness, fairness, and collegiality.”

Diane Bielicki, a lecturer in the German section of Modern Languages, Literatures and Cultures and a former student of Schutz’s, has spent the past few days speaking with former colleagues and students of Schutz, many of whom spoke about what an inspiration he was. He was seen by many as a gentleman and a scholar, and was known to make his students a top priority, always working to motivate them to be the best they could be.

Bielicki fondly remembered Schutz’s efforts to introduce students to culture outside of the classroom in a variety of ways, such as arranging trips to see live theatre in Toronto.

“Classical music always played softly in his office,” she said. “Herb said it helped him to concentrate, but it also allowed him and those who visited him there to rise above the fray.”

Schutz’s contributions to academia and teaching were extensive and varied. He helped to set up a then state-of-the-art language lab on the ninth floor of Schmon Tower in the early 1970s, and co-wrote a textbook that became a model for other German grammar textbooks published in Canada. He was a founding member of the Ontario Association of Teachers’ of German, a member and chair of the Canadian Institute of International Affairs, Niagara Chapter, and served many years as an executive member of the Ontario Modern Language Teachers’ Association, including as its president.

At Brock, he served 10 years on Senate, and five terms as Chair of the Department of Germanic and Slavic Studies/Modern Languages, Literatures and Cultures. He helped establish the Trent-Brock Study Year in Freiburg Program and served five separate years as Resident Director.

In his later research, he returned to his love of history and published ten books on topics as varied as the pre-history of Central Europe, the Carolingians, medieval female mystics and Romanesque architecture.

A service of remembrance will be held Saturday, Jan. 27 at 3 p.m. at the Turner & Porter Funeral Home, Yorke Chapel at 2357 Bloor Street West in Toronto. Visitation will begin at 1 p.m.