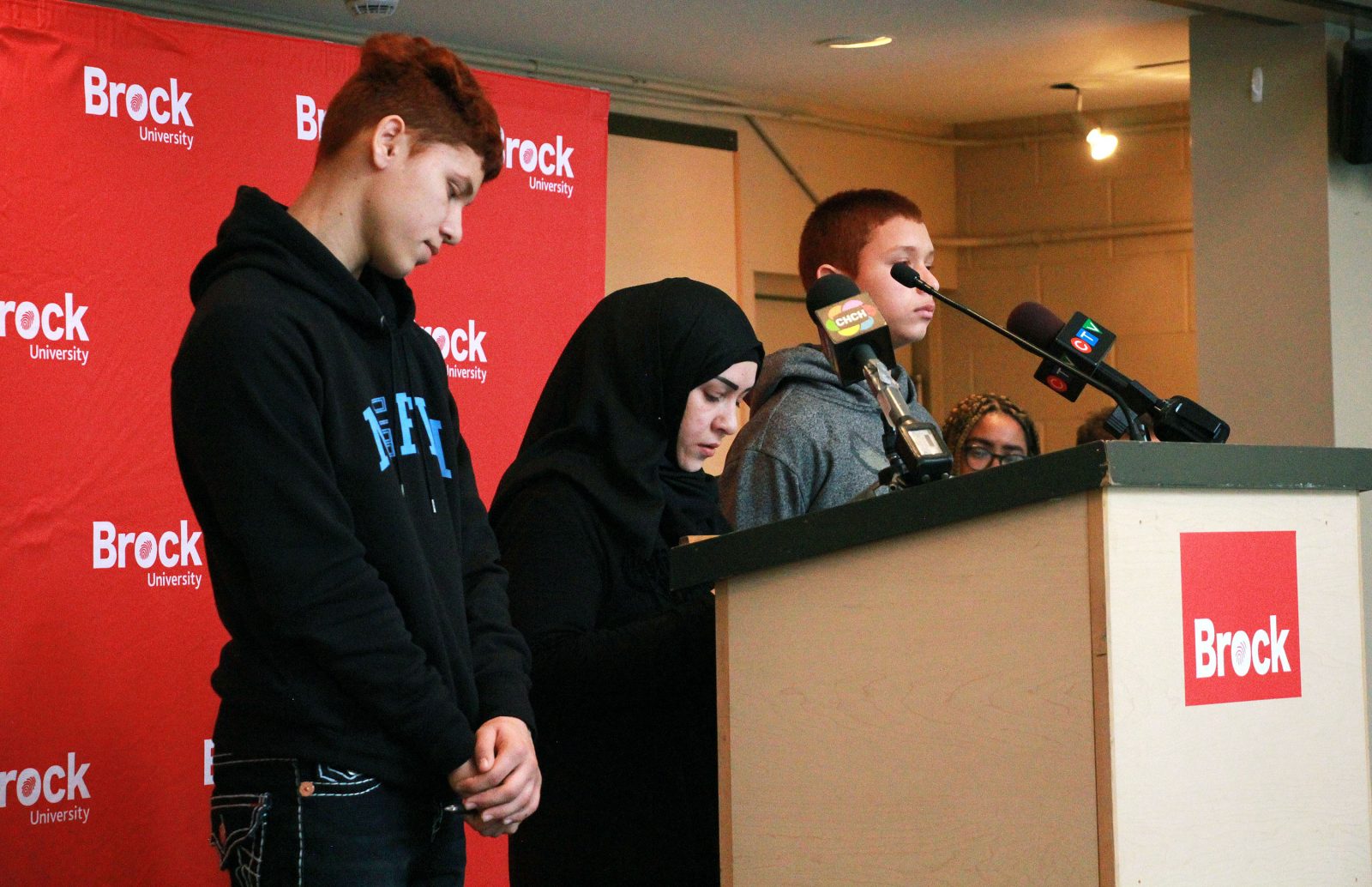 The mother of Yosif Al-Hasnawi, Amal Alzurufi, addressed the crowd alongside her sons Mahdi al-Hasnawi, left, and Ahmed al-Hasnawi, right, during a vigil at Brock University Friday.

The mother of slain Brock student Yosif Al-Hasnawi fought back tears and spoke in a hushed voice about her first-born son, as 150 people stood silently listening at a vigil at Brock University on Friday afternoon.

“Yosif had a beautiful soul,” said Amal Alzurufi, “and a smile that would light up any room. His smile was contagious. If he was smiling, you were smiling.

“He was a bright young man with dreams of becoming a doctor, he hoped one day to make a difference in the world.”

Al-Hasnawi, a first-year Medical Sciences student, was shot and killed in downtown Hamilton on Dec. 2 while trying to protect an older man from two aggressors. At Friday’s emotional gathering, the 19-year-old was remembered as a hero who inspired others to be better. 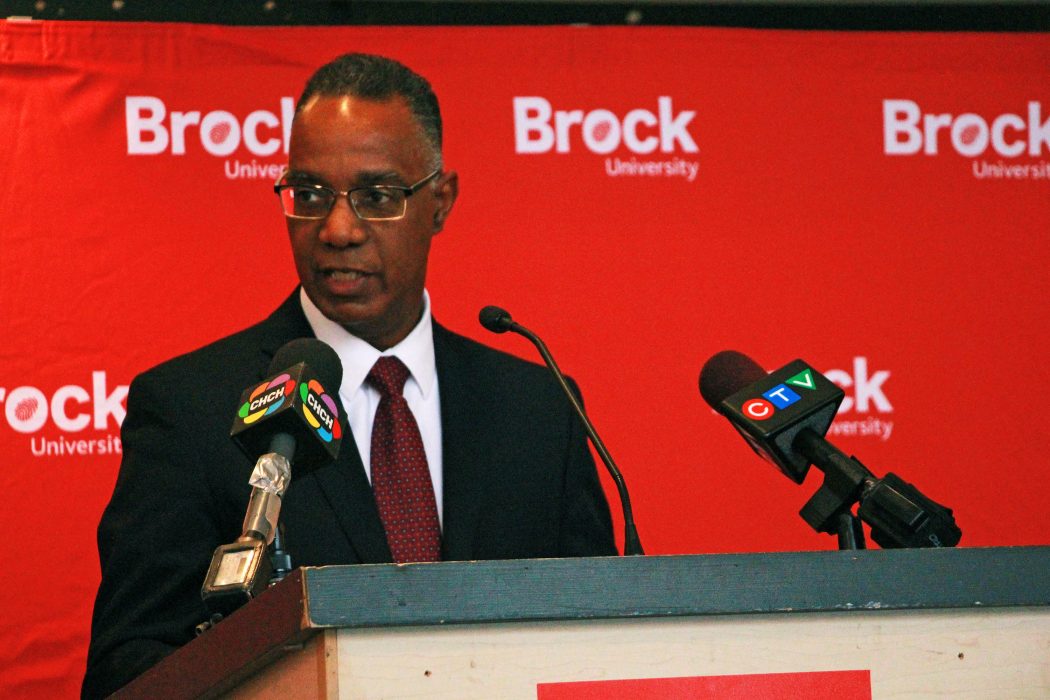 Two younger brothers stood with their mother as she spoke of how Yosif showed courage and bravery through his actions, and believed in helping anyone in need.

“He had a beautiful life ahead of him that was just taken away like this. We ask that you keep him in your memories and your prayers.”

The vigil was organized by Brock’s Student Justice Centre, whose Supervisor Zanab Jafry said Al-Hasnawi’s “incredible sacrifice … will not be forgotten.”

The crowd also heard from Brock President Gervan Fearon, who described Al-Hasnawi as an “outstanding student” who had “dreams and aspirations to contribute to the betterment of others.”

“The entire University community stands with us today in support of Yosif’s family,” said Fearon. “He is not with us here today, yet we know that he has left us all with a deeper understanding of the great qualities we should all strive towards attaining as individuals, as members of the Brock community and as Canadians. Indeed, he has set the bar high.”

In an effort to preserve Al-Hasnawi’s memory, Jafry asked those in attendance to recite a pledge in his honour:

“For Yosif Al-Hasnawi: we pledge our commitment and promise to live our lives in the service of others, to dedicate our energy to the betterment of our society, to protect and uplift those that cannot protect themselves. We pledge our wholehearted commitment to not only remembering Yosif’s legacy but taking example from his actions.”

Donations are being collected to establish the Yosif Al-Hasnawi Memorial Fund, which will be used to establish a scholarship in his name. Donations can be made online at brocku.ca/donate or by phone at 905-688-5550 x4190.

Cheques payable to “Brock University” with “In memory of Yosif Al-Hasnawi” in the reference line can be mailed to Development and Alumni Relations, Brock University, 1812 Sir Isaac Brock Way, St. Catharines, ON L2S 3A1.

A second community vigil in honour of Al-Hasnawi will be held at Hamilton City Hall Saturday, Dec. 9 at 6 p.m.